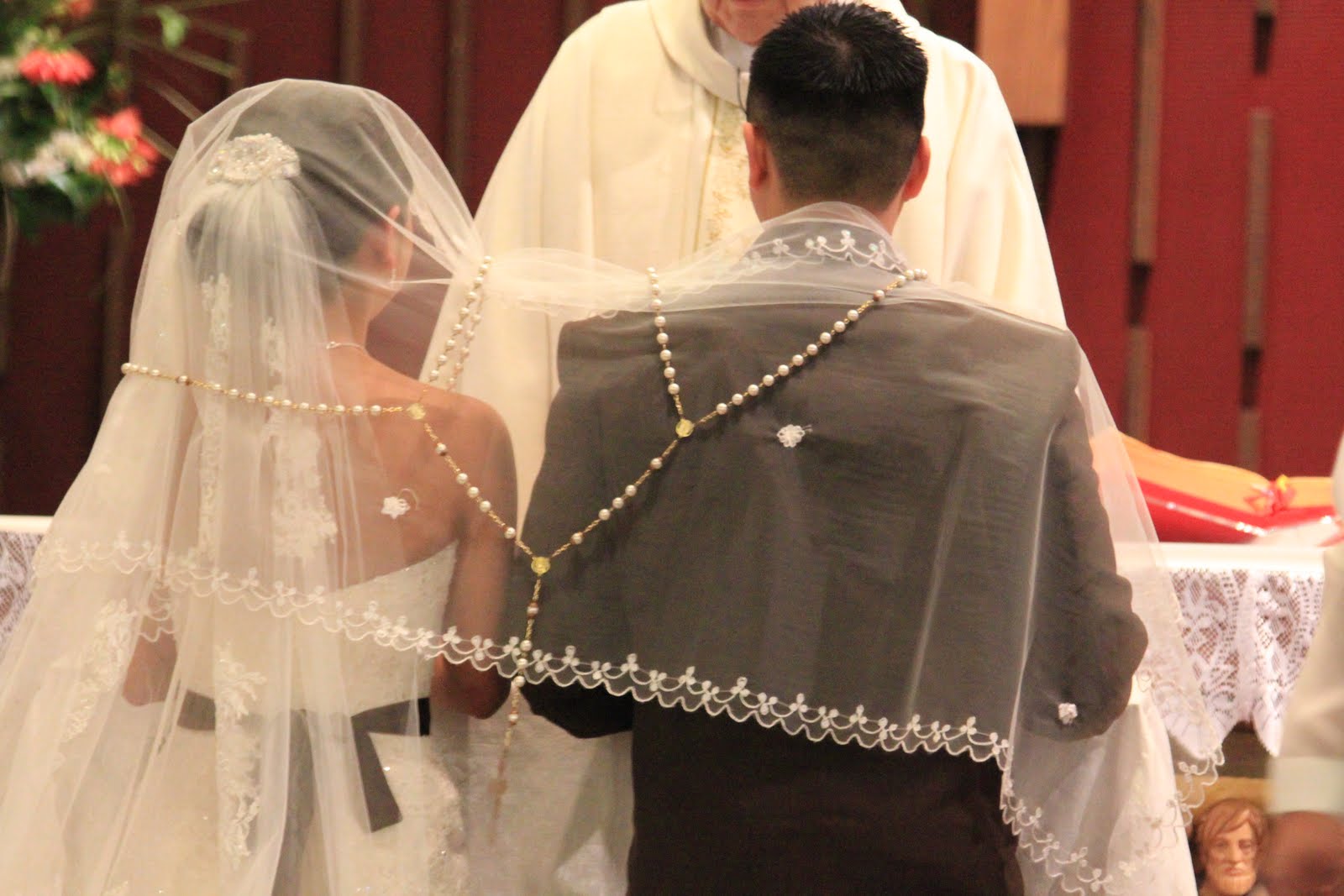 There are only two countries in the world where there is no divorce. One is the Vatican State, whose citizens seldom marry in any case. The other is the Philippines, a country of nearly 100 million people, 80 percent of whom are Catholics.

Can a modern nation survive without divorce? Yes, says Dean Johnpaul Menchavez, the author of  “Spouse in law: Holding On to the Original Truth about the Indissolubility of Marriage in the Philippines” (University of Asia & the Pacific, Pasig City, 2014, 380 pages). He is a Catholic priest who has studied the history of marriage law in his country from the earliest times to the present day. The Vice-President of the Philippines, Jejomar Binay, has praised it as “top-of-the-class reference material for academicians, historians, ecclesiastics, (canon and civil) law students and professionals.” The country’s top Church leader, Cardinal Luis Tagle, saw in it a “courageous defense of the indissolubility of marriage, utilizing an interdisciplinary approach and […] scientific research.”

Why do you oppose divorce if it is legal worldwide, even in Catholic countries?

When people dream of marrying another person, they dream of a lifetime commitment. But to keep a dream from becoming a nightmare, we have to defend it against threats. I consider the legalization of divorce as one. Legalizing divorce changes the concept of the dream of marriage. It is an ideological colonization.

Going against divorce may seem not only weird, given the fact that this is an “only-in-the-Philippines” case, but also cruel, since all over the world, this is already considered a “right” by civil law. But if we look closely at the Filipino approach, the ban on divorce appears reasonable. The anthropological foundations for an indissoluble marriage, the theoretical and practical ill-effects of divorce legislation, and the nation’s identity all weigh in favor of a status quo in the country’s civil marriage laws.

Indissolubility of the marriage bond and the unitive and procreative aspects of the conjugal act are Catholic doctrines, which are not followed by many Catholics around the world. Aren’t you trying to resuscitate a lost cause?

I argue from a Catholic background but I understand fully that in public discourse, the primacy of reason should prevail, and that we should respect the pluralism of faith and beliefs. However, “marriage” as we understand it now, whether we like it or not, has been influenced by Catholic teachings and traditions. Historians would agree with me on this point.

The teaching of a particular religious denomination cannot be outright branded as false because of who teaches it. As to whether they continue to appeal to Catholics or not is altogether a different matter.  I wouldn’t say that it is a lost cause; I would say that it is a forgotten dream. And, like Martin Luther King, we have to struggle to make our dream a reality, not give up.

You keep on insisting that you are talking about a “natural law” that is common to all men and women regardless of their religion or lack of it, in defending the indissolubility of marriage. But isn’t natural law just a Catholic invention?

Honestly, it is a sad thing for me to hear “wise” men attributing the natural law as Catholic invention. Centuries before Catholicism, people were talking about it. The Chinese did. The Greeks did. Why can’t Catholics? If we don’t recognize the moral nature of human beings, then we may even start doubting the rationale for a Universal Declaration of Human Rights!

What quality of the history and culture of the Philippines has allowed the ban on divorce to continue so long after other countries abandoned it?

Filipinos are famed as a family-oriented nation. Some elaboration and re-visiting of history is necessary to show how this was translated into marriage laws. The primitive Malay inhabitants of the country we now call the Philippines had an intuition of what marriage was all about (a lifetime commitment and all that).

The Spaniards came, made pacts with the natives, and unified a nation, teaching them the use of reason illumined by the Catholic faith about God’s design for this reality. Using ecclesiastical-civil marriage legislation, the Spanish Crown made efforts to educate the natives on the law.

The Americans bought the Philippines from Spain, and introduced separation of Church and State, the latter having total jurisdiction over marriage.  Any religious marriage solemnized was valid under civil law only if it was according to the state’s requirements. This has been the system in practice up to now.

During the American occupation, a pro-divorce Governor General, a liberal Senate, and a twist of fate accomplished the introduction of divorce legislation in 1917. The Japanese invasion in the World War II era allowed for the liberalization of its grounds.

But when it was time to discuss the marriage law and promulgate it in the Civil Code in 1950, anti-divorce lawmakers succeeded in its abolition. Its grounds were converted to those of legal separation. The Family Code, the marriage law in effect today, came into existence in 1987 incorporating a few revisions, but substantially protecting marriage and making its dissolution illegal.

How has the no-divorce regime worked in practice? Are people terribly dissatisfied with it?

The legal “ban” on divorce definitely does not guarantee successful Filipino marriages and of course not everyone is happy. On the legislative front, we note that since the Family Code’s publication, that is from the Eighth to the Fifteenth Congress, and up to this day, separate bills were filed singing the same old song: we want a divorce law! Other anti-marriage bills have also been abundant. Several legal techniques to liberalize marital law have been forwarded. More exit mechanisms were proposed: a more liberal recognition of foreign divorce, the amplification / re-definition of legal separation, and the liberal legal definition of psychological incapacity.

Let me explain the last one.

Since the dissolution of the bond is not a legal possibility, some couples have resorted to either an annulment of marriage or a judicial declaration of its nullity.  The former invalidates an otherwise valid marriage based on limited grounds while the latter is a proclamation that there was no valid marriage right from the start.  Among the grounds established is the provision for declaration of nullity based on psychological incapacity of one or both of the spouses. This is the most widely-used ground.

The Supreme Court has been consistent in stating that the invocation of psychological incapacity is not like divorce as in other jurisdictions, but we note that its very liberal consideration in some lower courts could be contrary to this. It even reached a point where it was described as the most liberal divorce law in the world after a judge made a nullity decision grounded on psychological incapacity and cited conjugal differences!

Sure, not every Filipino marriage is a happy marriage.  But there are provisions for a legal separation, with the marriage bond still intact. What divorce law supporters really want is to allow the possibility of remarriage. But won’t this completely change how Filipinos understand what marriage is all about?  Is it worth changing the rules for difficult marital situations, thus destroying the dream of what marriage is as a lifetime commitment?

Isn’t this what Pope Francis intimated when he recently told Filipino families that it is “important to dream in the family” and “beware of the new ideological colonisation that tries to destroy the family”?  He actually encouraged Filipinos to look beyond the difficulties that their families experience because they are the country’s “greatest treasure”, thereby worth protecting.  As the debates ensue, we need to spend time reflecting on these words and think of what lies ahead.

Fr Johnpaul Menchavez is currently the Chaplain of PAREF-Northfield School exercising his pastoral ministry and making academic contributions in Metro Manila. He has a Masters degree in Economics and a... More by Johnpaul Menchavez