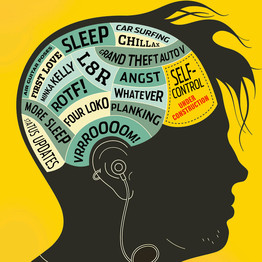 If you have ever wondered why teenagers seem so different today and why they find the transition to adult life so much harder, you might be interested in the views of Psychology Professor, Alison Gopnik. Professor Gopnik traces such problems to what she sees as a lack of balance in the way we bring up kids these days and the impact it has on the development of their brains. She says we give them too much theoretical knowledge and not enough practical experience in the real world. Her solution is to introduce adolescents to the workplace much earlier in their development. She argues:

“Take your child to work” should become a routine practice. Students should spend more time watching and helping scientists and scholars at work, rather than just listening to their lectures. Summer enrichment activities like camp and travel, now so common for children whose parents have means, might be usefully alternated with summer jobs, with real responsibilities. The good news, in short, is that we don’t have to just accept the developmental patterns of adolescent brains. We can actually shape and change them.”

Professor Gopnik caused a stir when she outlined her views in the Wall Street Journal. Detractors accused her of everything from engaging in psycho-babble to indulging in “ageism”. But some lauded her for her good sense.

Ms Gopnik certainly has the credentials to comment on such matters. She is a professor of psychology at the University of California, Berkeley, and the author of  The Philosophical Baby: What Children’s Minds Tell Us About Truth, Love and the Meaning of Life. She bases her views on the latest research in cognitive science which has enabled developmental psychologists and neuroscientists to unravel the peculiarities of the teenage brain.

“The crucial new idea”, she says, “is that there are two different neural and psychological systems that interact to turn children into adults. Over the past two centuries, and even more over the past generation, the developmental timing of these two systems has changed. That, in turn, has profoundly changed adolescence and produced new kinds of adolescent woe. The big question for anyone who deals with young people today is how we can go about bringing these cogs of the teenage mind into sync once again.

“The first of these systems has to do with emotion and motivation. It is very closely linked to the biological and chemical changes of puberty and involves the areas of the brain that respond to rewards. This is the system that turns placid 10-year-olds into restless, exuberant, emotionally intense teenagers, desperate to attain every goal, fulfil every desire and experience every sensation. Later, it turns them back into relatively placid adults.”

One of the key advances, achieved by neuroscientist B.J. Casey’s lab at Cornell University, is the discovery that teens are not reckless because they underestimate risks, but because they overestimate rewards – or at least find rewards more rewarding than adults do. This is because the reward centres of the adolescent brain are much more active than those of either children or adults. Professor Gopnik comments:

“What teenagers want most of all are social rewards, especially the respect of their peers. In a recent study by the developmental psychologist Laurence Steinberg at Temple University, teenagers did a simulated high-risk driving task while they were lying in an fMRI brain-imaging machine. The reward system of their brains lighted up much more when they thought another teenager was watching what they did – and they took more risks.”

The other key advance in research has been the unravelling of how the brain’s “prefrontal cortex” develops in adolescence.

“The prefrontal cortex reaches out to guide other parts of the brain, including the parts that govern motivation and emotion, Professor Gopnik explains. “This is the system that inhibits impulses and guides decision-making, that encourages long-term planning and delays gratification. This control system depends much more on learning. It becomes increasingly effective throughout childhood and continues to develop during adolescence and adulthood, as we gain more experience. You come to make better decisions by making not-so-good decisions and then correcting them…

“In the distant (and even the not-so-distant) historical past, these systems of motivation and control were largely in sync. In gatherer-hunter and farming societies, childhood education involves formal and informal apprenticeship. Children have lots of chances to practice the skills that they need to accomplish their goals as adults, and so to become expert planners and actors.”

Professor Gopnik argues that in contemporary life, the relationship between these two systems has changed dramatically. For a start, it seems that puberty now arrives earlier and that the motivational system kicks in earlier too. But the problem is that when it does arrive, teens have little experience with the kinds of tasks that they’ll have to perform as grown-ups.

“Children have increasingly little chance to practice even basic skills like cooking and caregiving,” observes Professor Gopnik. “Contemporary adolescents and pre-adolescents often don’t do much of anything except go to school. Even the paper route and the baby-sitting job have largely disappeared. The experience of trying to achieve a real goal in real time in the real world is increasingly delayed, and the growth of the control system depends on just those experiences.”

This view has been supported by pediatrician and developmental psychologist Ronald Dahl at the University of California, Berkeley, who concludes that “today’s adolescents develop an accelerator a long time before they can steer and brake”.

Professor Gopnik says the crux of the matter is that throughout most of human history, children “have started their internships when they were seven, not 27”.

Now teens develop drives for “sex, power and respect” long before they have the practical knowledge and experience to direct them in useful ways and, as Professor Gopnik notes, without the expertise and impulse control it takes to ward off things like “unwanted pregnancy or violence”.

What is needed, she argues, is to promote a “graduated system” through which teenagers are able to slowly acquire both more skill and more freedom – the kind of real life, practical apprenticeship in many aspects of life that teenagers used to get, even in the most primitive societies. “Instead of simply giving adolescents more and more school experiences – those extra hours of after-school classes and homework – we could try to arrange more opportunities for apprenticeship.” Examples include community-service programs for young people which provide challenging real-life experiences under adult protection and supervision.

These suggestions seem more than sensible. Regular excursions into the real world, whether they are through service programs or work experience under the supervision of experienced professionals would clearly be useful – the more the better. But another key life experience for teens is in witnessing how their parents navigate life’s challenges. With the disconnection between teens and parents who increasingly spend most of their lives in a distant workplace and with the growth of failed marriages and easy divorce, providing this sort of experience could be the greatest challenge of all.