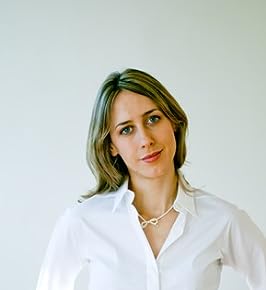 Maybe something is changing for the better out there among Generation Y. A British journalist in her early 30s has written a book about renouncing sex for a year in order to get control of her emotional life. It’s called Chastened.

OK, so it was only a year without sexual intimacies and Hephzibah Anderson is still a little confused about what it all means, but let’s give the woman credit for seeing that there was a problem in the first place. She had spent her twenties falling into “a casual sort of intimacy without intimacy” with successive dates, not receiving so much as an “I love you” in return (let alone before), and began to see that sex was clouding her judgement.

In an interview with The Atlantic (which seems to have adopted female disillusionment with modern sex as a theme — see Lori Goldstein’s and Caitlan Flanagan’s somewhat muddled manifestos) Anderson says:

I think we’ve lost any sense of healthy emotional entitlement. I think if you go to bed with somebody, it is a kind of bond; it’s not nothing, however much we try to say it’s nothing. Whether you’re a man or woman, you’re absolutely in your rights to expect there to be some kind of emotional gain.

She doesn’t quite get it that “rights” are irrelevant to uncommitted relationships, although she does go on to admit that it is a question of need rather than “entitlement”, and that it is women themselves who have “made it a rule” not to express their emotional needs.

Anderson also faces up to the way she has following the crowd: “you know, passive and always going along with things because that was always sort of what was expected.”

She is too timid to reject casual sex in principle:

I think it certainly works for a percentage of women out there, and that’s great and it’s wonderful that we all have that option. And I’m in no way advocating for the clock to be turned back, but I think that a lot of women know that they have the right to say no, but actually feeling like they have the right to say no in certain situations is a quite different thing.

Still, she performs a real service in voicing as much as she does. This includes the recognition of how difficult things are for boys (one group of whom told her they were all for less sex and more romance but that the girls were setting the pace):

So it’s great that the post-feminist generation of women are finding their own voice on this important subject and using words like “chaste” again. Dawn Eden’s book, The Thrill of the Chaste, has no doubt helped them along.