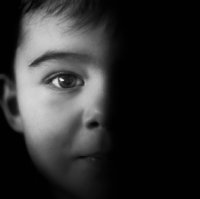 Contrary to what might have been expected during an economic recession, child abuse declined in the United States in 2008 compared to 2007, official data shows.

No-one is sure why, but the small declines (sexual abuse 6 per cent, physical abuse 3 per cent and neglect 2 per cent) continue a trend that goes back more than 15 years — in the areas of sexual and other physical abuse, both of which have more than halved since 1992.

The figures are tracked by the Crimes against Children Research Center at the University of New Hampshire. Director, sociology professor David Finkelhor, advises caution in reaching conclusions about the recent decline as the effects of financial strain may not have shown themselves yet. However, he suggests reasons for the long-term trend:

“The long-improvement for sexual and physical abuse may be related to a generation-long effort to educate and respond more effectively and aggressively to the problem,” Finkelhor said. “If successful prevention efforts are behind the declines, then the improvements may persist even in the face of social stressors like the recession.”

His full report can be found here.
Here are some numbers from it:

Perhaps this shows that if a society sends clear messages and acts consistently it really can reverse a bad trend. Let’s remember that teenage sexual activity and pregnancies also declined through the 1990s and up until 2005, a period when the federal government was supporting abstinence education.