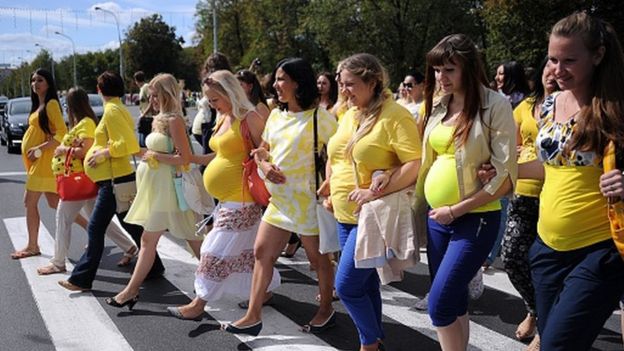 Last month an interesting report was released entitled “Has childlessness peaked in Europe?” which was written by four researchers at the Wittgenstein Centre for Demography and Global Human Capital at the Vienna Institute of Demography. The report looked at how the proportion of women who do not have children has changed in European women born in the years 1900-1970. Over that time, the European trend roughly describes a “U” shape. Of those women born in 1900, nearly a quarter (!) would remain childless. This very large number was due to the First World War and the death of large numbers of young men of marriageable age which meant that many women could not find a husband. Furthermore, in part s of Southern, Central and Eastern Europe, many men migrated to richer countries for work, further exacerbating the problem of lack of potential husbands.

From that 1900 peak, the childlessness rate declined over the next 40 years until it hit its lowest rate among those women born during and just after World War Two. For women born in those years, the childlessness rate was about 10 per cent due to the economic prosperity that most of Western Europe had in the 1950s and 1960s. From 1945-1970 the trend has slowly tracked back upwards to just under 15 per cent due to cultural shifts regarding children, family and the role of women in society. According to the authors of the report:

“Most of the economic and cultural trends of the last half-century appear to have steered women and men away from having children. Reliable contraception, delayed union formation and childbearing, greater family fragility, demanding careers and job instability, as well as general economic uncertainty, are likely to foster childlessness.”

The figure of 15 per cent for Europe as a whole masks some large regional variations. Eastern and Central Europe have traditionally had a much lower childlessness rate due to social pressures to marry young and the continuing importance of the family in such societies. In 1970 the childlessness rate in these areas of Europe was about 11 per cent. On the other side, there are a number of countries in Western Europe that have a childlessness rate much higher than the average including: Belgium, Spain, Greece, the Netherlands, England and Wales, Austria, Ireland, Finland, Italy and Switzerland. Germany has a childlessness rate of 23 per cent. There are moves to encourage having children in Germany and Austria (including making it easier for women to work and raise a family) and there are some signs that the women born in the early 1970s (which the report doesn’t cover) are less likely to not have children. Conversely, the childlessness rate in Spain, Italy and Greece is rapidly rising due to the economic problems in those countries.

The report’s authors predict that:

“While childlessness has broadly stabilized in western and northern Europe, it is likely to continue rising fast in southern Europe, where up to one quarter of the women born in the 1970s may remain childless. Childlessness will probably also continue rising in central and eastern Europe, where a new pattern of delayed reproduction has been taking hold since the 1990s, following the turbulent collapse of the state socialist political and economic system in the region.”

In short, the demographic issues affecting the future of so many European countries is probably going to continue.