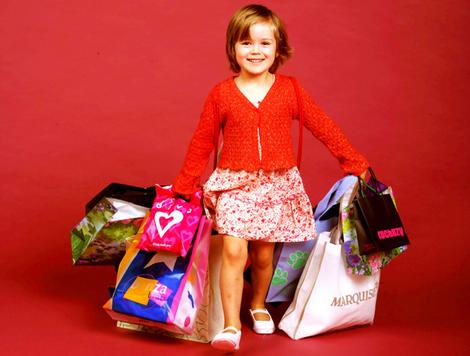 After looking at the UNICEF/WHO report into infant mortality in the last Demography is Destiny blog, today I’d like to focus on another UNICEF report that made the news in the UK last week.  This report, entitled Child Wellbeing in the UK, Spain and Sweden: The Role of Inequality and Materialism, presented a damning critique of the UK’s material culture that sees parents “pointlessly” amassing goods for their children to compensate for the lack of time spent with them. This materialism, this reliance on goods, rather than relationships or people, for success and fulfilment has been fingered as one of the underlying causes of last month’s widespread rioting and looting in British cities.

The report, which can be viewed here, interviewed hundreds of children in the UK, Spain and Sweden and it emphasised the fundamental importance of time spent as a family for a child’s development and how that cannot be replaced by material possessions.  It also found that the UK was at a disadvantage in this respect in comparison to the other two countries in the report:

“Children in all three countries told us they wanted time with their parents and families, good relationships with their friends, and lots of stimulating things to do. In the UK, we found parents struggling to find time to be with their children, or to help them participate in sporting and creative activities. It was also clear that parents in the UK found it more difficult than parents in Spain and Sweden to set clear boundaries for their children…Families in the UK appear to face greater pressures on their time and money, and react to this in ways they feel are counterproductive to children’s well-being. Parents found it very hard to challenge the commercial pressures round them and their children.”

The report also pointed to three areas which could be targeted to improve a child’s wellbeing. First, the time that a child spends with his or her family:

“Children highly value time with their parents, but parents in the UK are struggling to give them the quality time they want and need. In Spain and Sweden, there seemed to be a strong and shared social expectation that family took priority over work and other commitments.”

“All of the children participating in the research told us they enjoyed taking part in activities outside their home and school, with outdoor activities given particular importance. They liked to do these activities with other children, with parents, and with extended family members. They especially favoured activities that enabled them to forge new friendships.”

Finally, the report spoke of the importance of dealing with a materialistic culture:

“In the comparison of children’s and families’ experiences in the UK, Spain and Sweden, we found that a materialistic and commercial culture is embedded in the UK and in concepts of good parenting in a way that is not seen in Spain and Sweden.”

In response to the report, UNICEF called for the UK government to ban advertising aimed at children under the age of 12 and to encourage parents to work fewer hours and spend more time at home (a hard thing to demand during a recession!)  However, I would say that the pressure to work harder, earn more and consume more is not unique to the UK.  Are we raising a generation of atomised, individualistic consumers, divorced from strong familial ties (with very few brothers and sisters) who think that the highest form of worship is to make money and buy things?

Certainly some in the UK seem to think so: Reg Bailey, the chief executive of the Mothers’ Union had this to say:  “I think it is an issue with the nature of our society, that so often we’ve placed a dependence on things rather than being”.  But perhaps the last word should go to Sue Palmer, the author of the book Toxic Childhood:

“We are teaching our children, practically from the moment they are born, that the one thing that matters is getting more stuff.  We are probably the most secular society in the world, we do not have the counterbalance of religion but at the same time we are a very driven society very into progress and making money.”