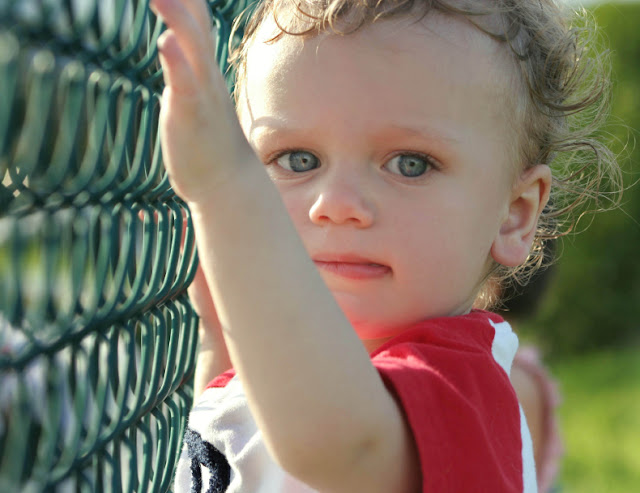 Australia is known as the Lucky Country, but lucky is not exactly how you would describe the nearly 40,000 children in its foster care system waiting for a permanent home with loving and stable parents, or the many couples wanting to adopt a child.

Are we taking better care of needy children today? Or are the numbers of them waiting in foster care and foreign orphanages a sign that their best interests have taken second place to ideological and bureaucratic concerns? A new report from Women’s Forum Australia, Adoption Rethink, indicates that the latter is nearer the truth.

The 100-page report looks at the decline of adoption from several angles, including the concurrent rise of legal abortion, feminist theory and media coverage. It traces the steps by which this practice, which once seemed a natural and obvious solution to the needs of children unable to be raised by their own mother and father, fell out of favour in recent decades, and how this impacts on the rising number of children cared for outside their family.

In the forefront of this recent history are women who relinquished their children at birth in an era when single motherhood was frowned on, sometimes under duress, not knowing the adoptive parents and never expecting to see their child again. They have come forward to speak about their unresolved grief and hurt. Adults who were adopted under the same “closed” regime have talked about their anguished quest to discover their full identity. Some research has uncovered higher levels of mental health disorders among these people.

Historical mistakes evoked by the terms Stolen Generations (the separation of Aboriginal children from their families), Lost Innocents (the “exporting” of 7000 children from the UK to Australia in the early 20th century) and Forgotten Australians (hundreds of thousands of Australians who spent their childhoods in institutions) have also done much to blacken the whole notion of adoption during the last decade or so.

At the same time, the population of children who could benefit from adoption has also changed. At their peak in the early 1970s at least half of adoptions involved young unmarried women who were encouraged, even pressured, to follow the customary path of surrendering a baby they could not support alone, and to look instead towards completing their education, getting a job and marrying. The Pill, abortion and welfare benefits quickly changed that cultural script.

Another lost generation in the making?

Today, the picture is very different. The majority of children in Australia (and similar countries) who need adoptive parents have been removed from their natural parents because of physical, sexual or emotional abuse, or neglect, and are in foster care. The number of these children has doubled over the past decade, and yet it takes an average of four years to complete an adoption from care.

At a time when the drama of foreign adoptions commands space in the magazines, the uncertain futures of these children is a mounting scandal calling for urgent action.

Adoption Rethink reports that, of the 39,621 children in out of home care in mid-2012, two out of three had been in continuous placement for two or more years, and increasing numbers are being recycled through the system. “That is, children in out of home care are living with more frequent changes and hence instability, leading to more complex and challenging needs and behaviours.”

Becky Hope, in her book All In a Day’s Work (quoted in the report), emphasises the critical importance of stable loving care during the very earliest stages of a child’s life:

Children whose basic needs for responsive, loving care are not met and who are left to flounder have been found to suffer clear detrimental effects to their brain development long before they reach anywhere near their first birthday.

It has also been found that children who have experienced severe neglect as tiny babies but are placed in long-term adoptive homes before the age of six months are able to make far greater progress overall than a child placed after that age.

To form secure attachments children need stability, but foster care, no matter how good, is by nature temporary. Although there is increasing use of permanent care orders in Australia (and similar instruments in other countries) a recent inquiry in Queensland found that they are “not providing children with sufficient stability.” For one thing they can be contested by the birth family, and for another, they do not give children the same sense of belonging to a family as opposed to being “in care”.

The outcomes for children in institutions, foster care and other out of home care are far inferior to adoption. The cost to society and governments in caring for these children and mending the traumatic consequences of their situation is enormous.

While it is true that some adoption practices in the past were insensitive to the needs of the birth mother (fathers are largely absent from the picture) and the child, in the era of open adoption every effort is made to respect the rights and feelings of everyone in “the adoption triad”. If anything, it is adoptive parents who now suffer a certain stigma from being part of something with a dark history and apparently negative effects on a significant number of people.

There is a tendency to exaggerate these effects.

Dr Pike has reviewed the local and international research on outcomes of adoption for birth mothers, adoptees and adoptive parents, including those from the “closed” era. The literature presents a much more varied picture than is projected through the media focus on those with unhappy experiences or outcomes.

Certainly, some relinquishing mothers have suffered, but “considerable uncertainty exists as to how common these outcomes are, and how they relate to characteristics of the adoption and its process,” says Pike. There is some evidence that searching for and reuniting with a child has a healing effect.

Looking at those who were adopted, he finds:

While adoptees have been over-represented in counselling for mental health, the actual proportion of adoptees in the community with such problems is very small. Adoptees face significant challenges in addition to those normally experienced during childhood and adolescence; however, the evidence shows that adoptees have enormous resilience and their ability to catch up on a range of outcome measures has been well documented. For some adoptees, their pre-adoption experiences have been difficult and in some cases traumatic, and these prior experiences have been linked to later outcomes. When compared with peers remaining in institutions, foster or other care, adoptees have better physical and mental health, and improved educational and social circumstances. Key issues for adoptees also include attachment, identity, search and reunion.

Little research has been done on adoptive parents and their struggles.

Despite its bad rap, and the availability of reproductive technology, it seems that many couples would be happy to adopt a child if they could. Frustrated by the obstacles to adoption within Australia, they often turn to orphanages in developing countries. Here also they play a waiting game which can take five years.

Obviously special care has to be taken that, when a child is removed from her country and culture, it really is the best thing for her. Pike says:

As with all adoptions, and in accordance with the Hague Adoption Convention, intercountry adoption ought only apply in those circumstances where proper care cannot or will not be provided by the birth parent(s) and/or the extended birth family. Only if there are no suitable permanent care options available in the child’s State of origin should ethical intercountry adoption be considered, in the child’s best interests.

Tony Abbot’s government in Australia has made moves to speed up these adoptions, creating a new national agency for the purpose that will be operational by mid-2015, and negotiating adoption agreements with more countries.

However, any country has a special duty to its own children, and those lingering in state care at home also deserve a new deal. Barnardos Australia, the leading NGO for abused children, is urging Mr Abbot to set targets for open adoption in each state.

So why the delays?

According to a report by Martin Nary, at one stage adviser to the UK government on adoption, important factors include:

* Court processes: “A baby can spend their first year or much longer living with foster parents, being shipped around town for contact with their parent or parents, while courts resolve their future. This represents a shocking failure, with damaging consequences for children and for society that will last for decades.”

* Parents given priority. Attitudes that place the priority of the rights of the child below the needs of the parents.

* Loss of the sense of urgency when a child is placed in care.

* Social workers: The need for a balance of social workers who are mature (not necessarily degree qualified) and have experience with child raising and development with younger workers who may be degree qualified. All of whom need to be trained in the realities of child protection work and for example to understand the priorities of the child, the need to act with a sense of urgency and so on.

Pike also notes that ideology plays a key role: there are a number of references in Australian sources to an anti-adoption mentality among some academics “and possibly therefore amongst professionals who are the key gatekeepers” such as staff in state and territory welfare departments. A 2005 government report on overseas adoption noted that attitudes within those departments ranged from “indifference to hostility”.

Feminist ideas about patriarchy and its “dominant scripts” come into it. Combined with revelations about earlier scandals and forced adoptions, these shape the public conviction that children should not be separated from their parents.

This is basically a sound principle: a child belongs with its parents, and everything reasonable should be done to ensure that they can stay together. However, when a child is being neglected and abused despite extended family help and many official interventions, there must come a point when his best interests dictate that he should be removed. At that point, surely, efforts should be concentrated on providing that child with the embrace of a loving, stable and permanent home.

Presumably, open adoption principles would apply when it was safe for the child and acceptable to the adoptive parents. No parent should be written off completely.

But neither should adoption. As Pike says in his conclusion, “there is something about the majority of adoptions that causes them to work out well. Despite all of the complexities and messiness of human experience, errors of the past, and failures of the present, adoption remains a realistic and workable solution.”

The report, Adoption Rethink, can be purchased at http://www.womensforumaustralia.org/adoption