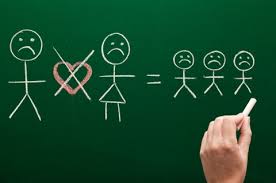 While recent research has illumined the detrimental psychological effects that children of divorced families experience, further evidence shows that attempts to combat these effects by providing equal, split custody have not only failed to do so, but additionally have proved to increase the harm done to such children.

A recent article in International Business Times explains that researchers have found that “taking the children back and forth between their parents’ homes and or the mere act of having them sleepover with the parent they do not usually live with is damaging the children’s brain development.”  These detrimental effects are thought to be worse for children under five, when such living arrangements often cause unhealthy attachment issues.

This article suggests that the best living arrangements for children post-divorce is “mutual parenting,” when the parents still live together in the same home.  Unfortunately, most continue to see divorce and split custody as an effective way to care for children – the first as a protection of children from parental conflict, and the second as a means to maintain parent-child relationships for both the mother and father.  However, it’s no surprise that living under the same roof as both parents provides the stability that children need.

Parental divorce seriously hurts American children, some progressives have argued, only because the United States is politically backward compared to advanced social democracies, such as, say, Sweden. But that line of thinking loses plausibility when assessed against the results of a new study of parental divorce in that very land of the progressives’ hearts’ desires. Even in progressive Sweden, it turns out, parental divorce occasions considerable psychological distress for children.

To assess the impact of parental divorce on children, researchers at Linköping University carefully examined the psychiatric and medical histories of the 239 men and women who were 18 years old or younger when their parents filed for divorce in the district court of Linköping between July 1987 and June 1988. The data so obtained were then compared with data for a comparison group taken from a representative group of 239 peers identified through use of the Swedish national population register.

The researchers saw little when they focused on the adult well-being of those who had experienced parental divorce as children. The data indicated “no significant differences between [the parental-divorce group and the comparison group] in the number of persons seeking adult psychiatry or in the number of psychiatric consultations.”

The researchers point out that “one of the most frequent child/adolescent psychiatric diagnoses was ‘Mood disorders,’” remarking that such disorders might reflect “reactions to disharmonious conditions in the family, as experience of parental divorce has been shown to be connected to emotional problems such as anxiety and depression.”

Even in progressive Sweden, the incidence of psychiatric problems among the children of divorced parents runs disturbingly high, so disturbingly high that readers of the new study may suspect shadows of these problems persist in the adult lives of these children, even if those shadows are too subtle to register on the measures the researchers use.