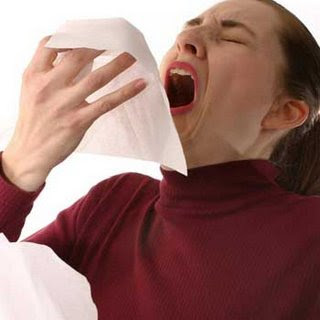 A study showing the contagious nature of divorce among social networks has been receiving a good bit of attention this week. Not only friends, siblings and people you work with, but also friends of friends are more likely to divorce if you do. Children can protect you from this contagion (although not, apparently, from more direct causes of divorce) — the more children the better.

The report is based on the Framingham Heart Study — a longitudinal study of the population of a small Massachusetts town near Boston which was started in 1948 to investigate risk for heart disease. Now it seems to shed some light on matters of the heart in a figurative sense — focusing again on “disease”.

The researchers have called it “divorce clustering” and say that a split up between immediate friends increases your own chances of getting divorced by 75%. The effect drops to 33% if the divorce is between friends of a friend, what the researchers call two degrees of separation, then disappears almost completely at three degrees of separation. It is not only the marital status of friends but also siblings and colleagues which has a significant effect on how long your own marriage might last. Breaking up will catch on among your friends, and the more divorcees you know, the higher your own chances of becoming one.

The bit about children seems contradictory at first, but, after reading the whole report, the story seems to be this: statistically, the presence of children in a marriage did not correlate with a lower divorce rate; but when the researchers looked at the interaction between the divorce status of an “alter” (friend, sibling, co-worker) and the number of children an “ego” (the focal persons in the study) has, they found that each additional child significantly “reduces the effect of alter’s divorce status on ego’s likelihood of getting divorced.” The authors continue:

For couples with no children the effect is much stronger than average—an alter who is divorced nearly sextuples the risk of divorce in the ego (593%, C.I. 106% to 1593%). But by the time a person has a third child, the effect of alter’s divorce status becomes insignificant (84%, C.I. –33% to 306%) and by the fifth child it completely vanishes (–4%, C.I. –86% to 233%). These results suggest that the protective effect of children acts specifically on a parent’s susceptibility to influence by peers who have gotten divorced.

Here is another interesting snippet about the effect of social networks on fertility and adolescent sex:

Romantic and sexual practices as diverse as contraceptive use, sexual behaviors, and fertility decisions are all strongly influenced by the existence of these behaviors within one’s network. So divorce fits in with a pattern wherein such seemingly individualistic and intimate matters are in fact partly determined by collective, social network processes. For example, one study of 8,000 American families followed since 1968 found that the probability that a person will have a child rises substantially in the two years after his or her sibling has a child; the effect is not merely a shift in timing, but a rise in the total number of children a person chooses to have (Kuziemko, 2009). Similar effects have been documented in the developing world where decisions about how many children to have and whether to use contraception spread across social ties (Bloom, 2008). And, as an example of the spread of sexual behaviors, adolescents who believe that their peers would look favorably on being sexually active are more likely to have casual, non-romantic sex (Manning et al., 2005).

Obviously, there is an upside to social contagion as well as a downside.

Given the high prevalence of divorce — the study says 50 per cent of marriages in the US end in divorce within the first 15 years — the authors talk about the importance of the social dimension in programmes designed to protect adults and children from the effects of divorce. (People who divorce tend to lose friends.) Successful interventions could lower the risk of divorce for children whose parents split up, they say.

Finally the authors point out that “attending to the health of one’s friends’ marriages serves to support and enhance the durability of one’s own relationship. Depending on one’s children to provide such protection remains largely futile. Marriages endure within the context of communities of healthy relationships and within the context of social networks that encourage and support such unions.”

It would be important, too — would it not? — that such support reaches to the highest levels of society, and that economic and educational policies, among others, are geared to the support of marriage.