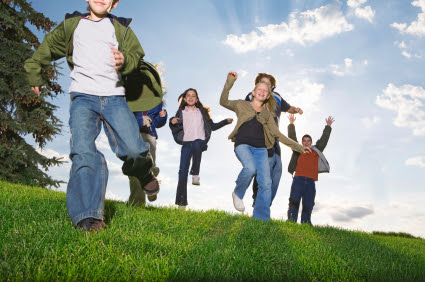 As a child growing up on the farm, my siblings (twelve of them) and I absolutely lived for summer holidays; we played hard and squeezed every bit of life and joy out of those two months away from school. We also worked hard, helping with everything from hanging the wash out on the clothesline to butchering chickens. We weeded and harvested the vegetable garden, tended the stock and brought in the hay and grain crops. My dad farmed his father’s homestead; three of his five sisters married local men of various occupations and settled within what Jane Austen might call an “easy distance” of our home.

When cousins visited (we had twenty-two living within a 100 km radius), the fun–and occasional recklessness–intensified exponentially. Our shenanigans were the stuff of which novels are eventually crafted. It’s partly miraculous that we survived our wild, rollicking, and largely unsupervised years of childhood play on the farm. But oh, the memories–and the skills and life lessons learned along the way.

As a child, it used to disgust and bewilder me that towns had “summer programs” for kids, home from school, who were bored. The very last thing I wanted was a programmed summer. Even if such a notion as boredom had flitted through our brains we would never have dared utter it in our parents’ presence: they would have given us extra chores till Kingdom Come to prevent any hint of an onset of ennui. My dad used to say, “Boredom comes from within,” a motto with which I heartily agree. In other words, if you admitted to being bored, it meant you lacked (or refused to employ) the intellectual resourcefulness to be otherwise. I think it also meant that the world did not exist to entertain you, and if you had even a spark of imagination, you could find something with which to occupy your time.

It struck me recently (to my everlasting shame) that despite my efforts, I have inadvertently raised children who dare to use the “b” word — though with the lectures I’ve been giving them lately on the topic, I don’t anticipate hearing it very often in future.

And of course I’m redoubling my efforts to train my younger children. My husband and I started our marriage and family life in a small city, but have lived the last fourteen years in a tiny, sparsely populated village—it’s the near-equivalent of rural living, but without cows and chickens. Our kids have chores and responsibilities, but also many of the perks and possessions of modern life.

That is why “boredom” is an irony around which I can scarcely wrap my mind. Kids today have so many extra-curricular activities to which they dash frantically all school-year long. At home, they have stacks and shelves and boxes of toys, books, puzzles, games, movies, music, magazines, art and craft supplies—in other words, stuff that we as children could only dream about owning. To say nothing of computers, email, social networking, e-books, iPods, iPads, iPhones, and other assorted iGadgets with 24/7 internet access—in other words, stuff that we as children could not have imagined, period.

And they are bored. No, sated. It’s gross overload of every kind: possessions, information, entertainment, stimulation (but usually the wrong kind–that which dazzles the senses, but does not feed the soul or the intellect).

The last thing kids need is more programs, more non-family time, and more hectic schedules. Even if you are not home full-time with your children, it may be time to take a breather: turn off the TV and the other gadgets. Read a good book aloud together, listen to the birds singing early in the morning, sit on the patio (or deck or front step) and sip lemonade, till the soil and plant a garden, even if it’s only in a couple of pots. Sit down and talk.

Alas, nothing will make up for not having twenty-two cousins living nearby, not even having a thousand “friends” on Facebook.