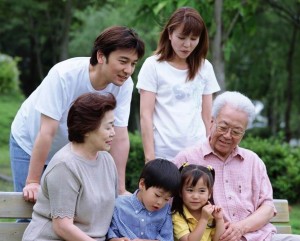 It looks like China may further relax its one child policy, creating a ‘two child policy’ across the country.  The South China Morning Post last week reported that the changes may happen by the end of the year and mean that the majority of couples will be allowed to have two children.  Back in late 2013 we discussed the then relaxations to the one child policy, including changes to allow parents who were both only children to have a second child.  There have also been pilot schemes implemented which allow women in rural areas to have a second child under certain conditions, including when the first child is a girl.

The impetus for now considering a two child policy across the country is increasing government concern about the impact of China’s ageing population and shrinking workforce on economic development.  The working-age population, being those aged 16 to 59, fell by 3.71 million people last year, even steeper than the decline of 2.44 million in 2013.  A rather ironic situation given the one-child policy was introduced in 1980 because of the fear of a catastrophic population explosion.  There is also growing public opposition to family planning laws.

The government will be mindful that the recent relaxations have not resulted in the mini baby boom expected, so will now be more willing to be less cautious in its approach.  As we mentioned last year, the paperwork involved in applying to have a second child, perceived financial constraints, and cultural attitudes towards family size now engrained due to the imposition of a one child policy for the last three decades have meant that not as many couples as expected have applied to have a second child, even when allowed under the previous exceptions. Given this underwhelming reaction, many demographers believe that a full shift to a nationwide two-child policy will do little to reverse the demographic trends already set in place.

In any case, a demographer from the Shanghai Academy of Social Science comments of the likely change that “the core issue is not about one child or two children. It’s about reproductive freedom. It’s about basic human rights.”  A two child policy loosens the rules but can hardly be praised.  As the Guardian reports “The government credits [the one child policy] with preventing 400 million births, but the human cost has been immense, with forced sterilisations and abortions, infanticide, and a dramatic gender imbalance that means millions of men will never find female partners.”  In a shocking recent case a 23-year-old woman was abducted by family planning officials and forced to abort her baby seven months into her pregnancy.  Many parents are also left with no children in their old age due to their one allowed child dying.

Will abuses such as these still happen to those pregnant with a third child?  Conversely, could a government not afraid to take away a couple’s basic right to have children consider enforcing a certain number of children if the ageing and economic problems worsen in coming years.  The bottom line, to avoid the many problems the one child policy has created, is that the number of children a couple decide to have should be theirs alone, not a decision for the State.  However, let’s hope that a new ‘two child policy’ will bring some relief and joy to families across China, and that it will be in fact a stepping stone to getting rid of birth regulation rules altogether.