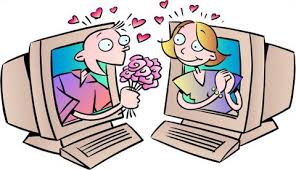 A young relative recently found true love in South America, although only after two months of climbing up and down mountains in several countries. And his fiancée is not from Peru or Argentina but from Canada.

Travelling to exotic destinations is one way of finding romance and even a spouse, but increasing numbers of people turn to the virtual world. I know at least two people who have married someone from the other side of the world as a result.

According to the lead technology writer for The Atlantic, Alexis Madrigal, an estimated 74 per cent of singles looking for a mate now turn to dating sites like eHarmony, Match.com, and OkCupid.

These sites use algorithms to pair people up based on answers to sets of questions. In pursuit of the perfect match, they continue to “mine” information about would-be lovebirds, tracking everything they do. But while the software piles up data about each person, not all of it is revealed to them.

If I understand what they are saying here, the company discovers general patterns that predict matches, and since their aim is to get matches and action (a note sent, a reply and a follow-up message) they will reveal to clients information that makes that more likely.

Madrigal particularly objects to the way this can reinforce the social status quo, telling you whom you ought to like rather than promoting individuality and real choice:

Algorithms are made to restrict the amount of information the user sees—that’s their raison d’être. By drawing on data about the world we live in, they end up reinforcing whatever societal values happen to be dominant, without our even noticing. They are normativity made into code—albeit a code that we barely understand, even as it shapes our lives.

We’re not going to stop using algorithms. They’re too useful. But we need to be more aware of the algorithmic perversity that’s creeping into our lives. The short-term fit of a dating match or a Web page doesn’t measure the long-term value it may hold. Statistically likely does not mean correct, or just, or fair…

Maybe it’s worth climbing mountains not to miss out on that statistically unpredictable spouse.