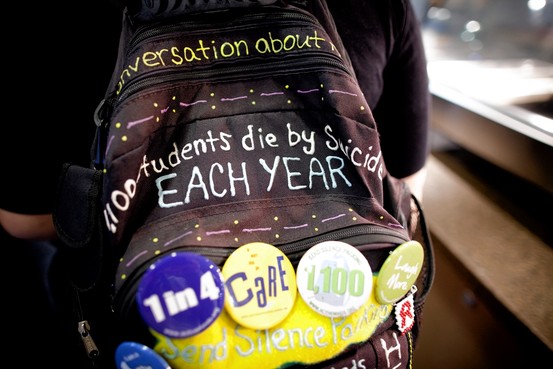 Once upon a time in a far, far away land (okay, it was Ohio) I taught a course in that far away land’s big state university (yes, Ohio State University) on college teaching. It was a big class (everything was big at that school, mirroring the giants on the school’s football team). The course’s enrollees were from across the campus, from departments as diverse as Philosophy and Swine Science. (Yes, indeed, OSU offered a graduate degree in how to raise pigs and the student from Swine Science was one of the stars in the class.)

All the students were doctoral candidates and all were seriously considering college teaching as a career. Most, too, were earning their keep and getting “experience” as teaching assistants. The course dealt with exalted educational theory (“Tell em what you’re goin’ to tell em. Tell em. And tell em what you told em” advice I had received years before in the Navy from a gnarled chief petty officer), and deep philosophical issues (grading on the curve or, er, the other one… It’s been a long time…). Every once in a while, reality would break through when one of the TA students would blurt out a real world question such as, “I’ve got this kid in my class that knows more about the subject than I do. How do I handle him?” Or, “I know this guy is turning in an essay from his frat house’s essay file, but I can’t prove it. What do I do?”

I was reminded of those earnest and quite admirable future professors recent when I came across a Wall Street Journal article (“A Serious Illness or an Excuse?”) last month concerning the apparent increase of college students wriggling out of assignments and exams by claiming mental health issues. The centerpiece of the article is a particular University of Connecticut student who, claiming a past, examination-induced failed suicide attempt, has asked her instructors for more time to complete her term papers.

The writer goes on to report that growing numbers of students are seeking special consideration based on depression and various other mental states and that university officials are near paralyzed in the face of this new trend. Somehow I was reminded of the famed “Twinkie Defense” employed by Dan White, the accused murderer of Harvey Milk (at the time, the most openly gay politician in America). Mr White, who was found guilty but received an extremely light sentence for his crime, maintained that he had been consuming Twinkies and other junk food in the days prior to the murder. While it is doubtful that Mr Milk would have agreed, the murderer’s lawyers claimed he had “diminished capacity”. The latest campus hand-wringing suggests that the Twinkie/diminished capacity defense is making further progress in American culture.

There can be little doubt that suicides and the threat of suicide is a serious issue on US campuses today. The WSJ article stated that in 2010, 12 per cent of college students were diagnosed or treated for anxiety and 11 per cent were treated for depression. In recent years, college attendance has soared. Now, approximately 50 per cent of high school graduates go on to higher education, an institution that some critics claim was designed for the academically gifted 10 to 15 per cent of high school graduates. Could it be that severe depression and other forms of mental health symptoms are the natural effect of force-feeding individuals into an institution for which they are hardly suited? Having made a deity of higher education, can we all be temple priests?

That aside, sorting out students’ worthy excuses and special pleadings from their marvelous creations of imagination is a difficult task for college teachers. Before this latest psychiatric trend, students had to rely on the old-fashion prevarication. During my tenure as a professor, the grandparents of my students kicked the bucket in droves. And, as evidenced by the glowing tans of these sad-faced, returning students, it was surprising how many of the dear departed grandparents apparently died in sunny climes. Then there were all the ill-timed thefts of typewriters and more recently laptops, robberies that were committed right around term paper time. And, too, that old grade school excuse that “the dog ate my homework” had morphed into “the virus ate my hard drive”. Rare was the class that didn’t have a student who, the night before the “big test,” reported having to talk her lovesick roommate “off the ledge” or had to spend the prior three nights talking mom and dad out of going to the divorce lawyer. Somehow, a case of debilitating depression strikes me as … well … more straightforward.

But, going back to the anxious “what should I do” questions of my future-professor students, I did have an answer for them. It may not have been the correct answer or the most courageous, but it is the one I would still offer to today’s college instructors besieged with depression and mental health pleadings. First, make very clear what are the course expectations and requirements, and all the test dates and paper deadlines; second, make clear your grading system and the consequences for missed and late assignments; third, communicate as forcefully as you can that you have not just fallen off the turnip truck and you have a firm understanding of man’s fallen nature.

And yet, my would-be professors persist. “But what do I do when I’m certain I’m being hustled? When they still come at me with these elaborate and suspicious excuses?” My answer is a variation of “Lie back and think of England.” It was, and is, “Be hustled.” The work is to teach. Not to be a detective or a judge or a god. Teach as well as possible and leave the settling and sorting out to their future employers — or to God.

Kevin Ryan founded the Center for the Advancement of Ethics and Character at Boston University, where he is professor emeritus. He has written and edited 20 books. He has appeared on CBS’s “This Morning”, ABC’s “Good Morning America”, “The O’Reilly Factor”, CNN and the Public Broadcasting System speaking on character education. He can be reached at kryan@bu.edu