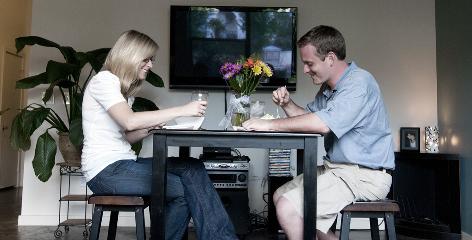 Further to an earlier post on delayed adulthood, USA Today recently ran a report headed “Dating for a decade?” on how young adults put off the commitment of marriage for years, even though they have “paired off” and typically live together.
Nobody seems very upset about it.

European royals set a poor example: England’s Prince William and Kate Middleton are in their ninth year together; Sweden’s Crown Princess Victoria, 32, has just married her beau of eight years.

For a complete contrast, the paper cites the whirlwind courtship of Lyndon Johnson and Lady Bird, who met in August 1934. He proposed to her on their first date, they were engaged in October and married in November — and stayed married.

Prolonged education, job hunting and the desire to start marriage from a financially strong position partly explain the delay, but the general acceptance of uncommitted sex explains a lot more. Fear of commitment — and of divorce — plays a part, as also romantic ideas about finding the perfect match, a soul-mate. Dating is open-ended, options are kept open.

Many, of course, cohabit more than once while others break up and come together again up to several times. Maybe they hope they will get their divorces over before marrying.

The pattern is unlikely to change, says sociologist Andrew Cherlin, unless Americans (or Europeans or Australians) want more children than they are having.

“If all you want is one or two kids, you can wait until your 30s to get married,” he says. “We may in the future look more like France and the Scandinavian countries, where many couples live together a long time before marrying. And a lot of them have kids.”

The overview of modern relationships ends with a couple (28 and 30) planning their marriage — but not children.

There are some odd little sidelines to this report — links to stories about how “Living together has little effect on marriage success” and “Divorce may not cause kids’ bad behaviour” — not the sort of thing we have been hearing from researchers on the whole.

There are no grounds for reassurance in this tale of commitment withheld, rather, reasons for getting a different message through to young people.