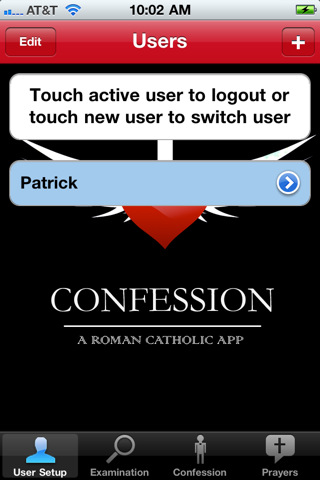 The creators of the ‘Confession app’ for iPhone are either very crafty or very conscientious, but presumably both. If they’re very much the latter, they’d better see a priest and confesss the occasionally untruthful representation about this feature. It’s not legitimate for a full confession, as I’ve heard touted.

This has been unclear in some interviews, but it leaves the impression that besides preparing for confession, you can then advance to contacting the priest and virtually completing it.

This story is spreading through a happily undaunted media ready to grab onto anything fast and fun and tech related and especially if it relates to the Catholic Church. But this one is not as true as presented.

A Vatican official said a new iPhone application can help Catholics prepare for confession, but cannot substitute for the sacramental encounter between a penitent and a priest.

“Confession: A Roman Catholic App” for Apple’s iPhone, iPad and iPod Touch was recently released as a way for Catholics to prepare for and participate in the sacrament of penance. Some recent press reports, however, have suggested that the application could replace in-person confession.

“It’s essential to understand that the sacrament of penance requires a personal dialogue between the penitent and the confessor, and absolution by the confessor who is present,” Jesuit Father Federico Lombardi, the Vatican spokesman, told reporters.

“This is something that cannot be replaced by any application. One cannot speak of a ‘confession via iPhone,'” he said.

He noted that it could be useful for preparing for confession, and its help in making an examination of conscience is no doubt its greatest merit. I heard a radio interview with one of the creators, enthusiastically listing the features of the app that allow users to check off all the transgressions, big and small, they may feel guilty of before checking in with Fr. Confessor. The radio host was enjoying imaginative uses for say, sports fans who wish an opposing team player would break a leg, or something like that. Makes for a lively radio conversation and lots of laughs.

It’s also making money for the creators, who say they’ve already reached the top 25 of all-time paid apps in its first week on the market, with over 10,000 users willing to pay the two bucks to have what they may think is a virtual absolution.

The radio interview indicated you finish making your list and then send it off to the priest to submit your confession and engage the ‘dialogue’. But its legitimate use stops at preparing for confession.

Father Lombardi said the new application could be useful in helping people make an examination of conscience. In the past, he noted, Catholics would sometimes use written questions and answers to prepare for confession, and that’s something that could be done today with the aid of a digital device.

Then, in to church, in person, phone in hand or not. No getting around that personal dialogue.

Last time I checked, there wasn’t yet a Catholic catechism app. But surely, someone’s working on that.