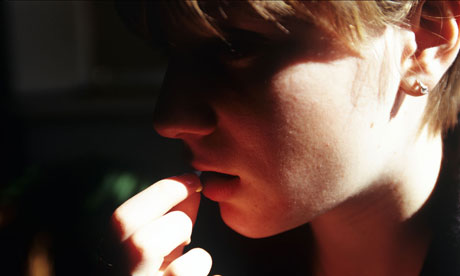 Last month dozens of Catholic institutions in the United States filed a lawsuit against the Obama administration, challenging the constitutionality of its contraception mandate. There can be little doubt that requiring employers to provide a drug that violates their conscience is against the First Amendment. It violates one of the main reasons for the founding of our country: religious freedom.

But the underlying problem is far deeper than a constitutional or historical issue. The fact is that the federal government has absolutely no right to mandate a drug that is really not a health benefit for anyone, but a health danger — for the woman, and certainly for the little human life inside of her.

The truth is that the contraceptive pill actually alters a human organ and destroys its natural function within the reproductive system of a woman. It is completely different from cancer treatment, or medicines for bodily diseases. It is not medicinal, or health-giving. Other drugs exist to restore or strengthen the organs of the body, or eliminate a toxic element. Not so the contraceptive pill.

Though in the past contraceptives were prescribed for regularizing women’s cycles or other purposes, there are now other medicines available which are just as effective. Certainly some women, for good reasons, may wish to avoid pregnancy. But there are natural and far safer ways to do this today than using contraceptives.

It’s a medical reality that many contraceptives carry serious health risks for women, including hormonal imbalance, future sterility, high blood pressure, depression, and cancer. Even worse: if the pill does not prevent conception, it aborts any developing human life by hardening the uterine wall.

That makes it a killer as well.

The real problem occurs when people (both women and men) consider pregnancy itself to be a disease, particularly if it is unwanted. Though health issues may be involved, pregnancy is not a disease, and to consider it as such is a very deformed and frightening way of thinking.

But the issue goes still deeper. The pill has been undermining our families and society since its widespread introduction in the 1960’s, and even earlier.  By separating the use of sex from its natural purpose — the union of male and female within marriage, open to love and open to life — our country has been poisoned, and continues to be so. When sex is pursued only for pleasure, separating it from its unitive and procreative nature — men and women are deeply hurt, both psychologically and often physically.

As Pope John Paul II stated in his document on the family, writing for everyone, Catholics or not, contraception is really a falsification of love between a man and a woman. It is not a complete gift of oneself to the other, the union in one flesh. It is really a kind of holding back (see no. 32 of his Apostolic Exhortation on the Family, 1981). Pope Paul VI in his encyclical Humanae Vitae (1968) prophetically stated that contraception would have disastrous effects for all of society. His words have come true in our country and in much of the world.

By seeking only the pleasure of sex without its natural consequence, a deadly mentality has permeated American life. And the victims have mostly been women: their dignity and their freedom have been manipulated, now that sex is meant only for pleasure. It’s a win-win situation for the selfish male. It’s a no-win situation for the female, since she is left with the serious health risks that the pill gives, and if she does get pregnant, she is left with the awful temptation to abort her baby.

I doubt that any woman, deep in her heart, believes that the pill is somehow “liberating” her.

It is true that the male contraceptive — so far, only the condom (no large doses of synthetic hormones for men, despite much talk) — usually does not have any harmful health consequences for the man. Its worst consequence is the negative effect it has upon his character and manhood. In a great many cases condoms only increase a man’s lust and irresponsibility.

With the 1960s sexual revolt (a more accurate word than revolution), fornication became rampant among young people, and continues to be so on many college campuses today. It has produced a mentality of “me first” among young people, a lot of sexual manipulation, and many diseases. Statistics also show that cohabitating couples have a reduced chance of entering and maintaining a stable marital relationship.

But the widespread use of contraceptives has done even more damage. It has gotten to the point of legitimizing sexual relations between persons of the same sex. Since sex is considered something for pleasure only, eliminating any possibility of having children, why shouldn’t gay men and lesbians be allowed to have a pleasure similar to that which contracepting couples experience? Logically, you could argue — as the gay lobby has successfully done and convinced many people — that gay sex and gay marriage are human rights, and that it is discrimination to deny them the same rights as heterosexual couples have.

Even in economic terms, the price of contraception has been devastating to this country: diseases that have cost billions of dollars, millions of divorces and broken homes with very traumatic effects on children, millions of lives destroyed through legalized abortion — which underwrites the anti-child nature of contraception. In strictly financial terms, the effect of so many children being eliminated has deeply crippled the U.S. economy, as well as the economy of Europe where contraception is also widely used.

One need not be a brilliant economist to realize that without young people there are neither consumers, nor a growing work force. The economy becomes stagnant, or must rely on foreign workers instead. We are left with an aging population that has fewer and fewer young people to support it, or to pay for its own social security.

A little known fact, rarely reported in the media, is the negative effect that contraceptive waste is having on the environment. The earth’s water is being continually contaminated by the huge amount of pill-produced estrogen through the excretions of millions of women. It has affected the life of marine animals, and of course, the life and health of human beings who drink water that has been contaminated.

All of this has amounted to one fact, and the title of this brief article: Contracepting America. You can see why the Catholic Church is opposed to contraception. Every right-thinking person with a conscience, Catholics or not, should know that it is a poison, both physical and spiritual.

The real freedom is to be rid of it.

Father Mike Giesler is a priest in Saint Louis, Missouri.