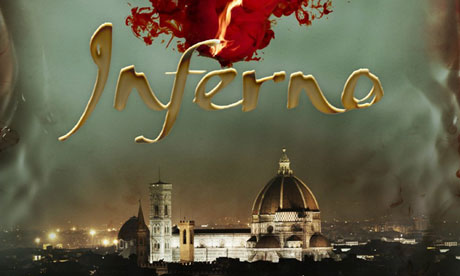 In spite of the warning of MercatorNet’s editor, I read Dan Brown’s recent novel Inferno. I did this not for its literary quality or as a travel guide but as an example of overpopulation fears. In order to discuss his views — if they are his own — on overpopulation I am going to have to give much of the plot away. If you’d rather not know, please close this page.

The villain, who dies early in the novel, is a genius who has created a “cure” for overpopulation. This seems to be a kind of bubonic plague which will be released on a certain date. There is a race against time to find where the plague is hidden and to neutralise it. After a whole host of twists and turns, the heroes arrive too late. The plague has already been released.

However, the next twist is that no one is dying. Rather than a death-dealing plague, it is a fertility-reducing virus which will make a third of the world infertile. On the side of the heroes the head of the World Health Organization is infertile. She, though, shares the views of the villain on overpopulation even though she is not very keen on his methods. She takes the pragmatic view that this calamity has a silver lining and makes no effort to find a cure.

Along the way we are presented with the idea that the human race is about to reach a new level of evolution called transhumanism, but population growth will probably kill us off before we attain it. We are also asked if it would be better to kill off a large number of people now rather than let population keep growing until it ends in a Malthusian crash.

So what are the ethics of this novel solution to the population “problem”?

I’ll start with the moral question. Is it ethical to knock off a certain proportion of the population now to avoid a bigger death toll later? I think we can agree that killing innocent people is wrong. Even if humanity were destroying the planet, one cannot argue that specific people or groups of people may be eliminated. Nor can there be complete certainty that the earth’s population is heading for disaster. In any case, there are other solutions, including reducing consumption by those who make greater demands on the planet’s resources.

Is an infertility plague an acceptable answer to the supposed problem?

In the first place, I don’t think that this plague would have the desired effect. What would happen is that rates of IVF and surrogacy would increase and the fertility rates of the fertile would increase.

But even if it did work, would it be ethical? Again the answer is No. This is a great invasion of people’s bodily integrity, no better than the sterilisation camps in India referred to MercatorNet recently. And while it may be less bloody than sterilisation camps, it would also be less voluntary. People would be unlikely to know whether they have been affected until after many years of fruitless attempts to conceive.

Population control has always been a staple of science-fiction; a number of Isaac Asimov’s books have this lurking in the background. They have also featured in apocalyptic novels such as Children of Men, by P.D. James, which describes what could happen if women stopped giving birth altogether.

Dan Brown’s contribution to this genre at least provides an opportunity to relaunch a debate on this topic.