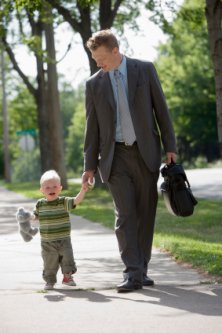 There are outcries about immigration in a number of countries around the world.  Yet the economic reality remains – most of those countries need more working age people.  Will we soon see more competition amongst countries to entice the most attractive immigrant’s from around the world?

Hong Kong is certainly trying to do so, and has just enacted new reforms to try to attract more reverse migration.  The reforms target the children of Hong Kongers who have moved overseas, making it easier for them to come back and gain residency in Hong Kong.  Applicants for the visas must be aged 18 to 40, have a university degree, understand English or Chinese and prove they can afford to live in the city.  The measures are aimed at overcoming the ageing demographic and shortage of skilled labour. The government hopes they will attract more young people to return to their parents’ home to contribute to the workforce, which is expected to start shrinking in 2018.

The reforms make sense because it is these people who have the greatest cultural connection to Hong Kong.  They typically still have family members there so are likely to assimilate well.  However, many of the target talent pool are not convinced.  They share the view of population experts that, while Hong Kong appeals as a career destination, it does not do enough to support the education of young children, has an expensive and limited housing supply, limited labour benefits such as annual leave, a frantic pace of life for families with little down time and high pollution.  All of this puts off families.

It looks as though governments like Hong Kong might have to try harder to be family friendly if they are to attract the working age population. Professor Paul Yip Siu-fai, an expert in demographics at the University of Hong Kong, has suggested that Hong Kong could learn from Singapore: “Singapore is very strategic in engaging foreign talents by making it a home for them,” Yip said. “For [Hong Kong] we still only make it as a city to work in…”

This raises the question as to whether more countries around the world should focus on becoming more family friendly to encourage a thriving working age population.  They are the age group that are most likely to be raising families and they are increasingly in short supply.

At the end of the day though, simply attracting another country’s people doesn’t do much for the overall shortage. Making things better for families, and appreciating motherhood, would also hopefully do much to encourage woman already in the country to have babies to be the future working population.  For economy’s to work, we need to support family.