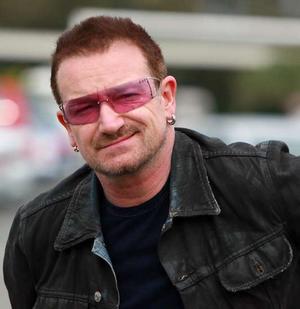 Explicit sex, violence, and profanity-laced dialogue—how much worse can prime-time television get? Well, thanks to a new US federal court decision, TV content is likely to slide still further, even faster.

This week a United States appeal court threw out the Federal Communications Commission’s (FCC) current “decency policy,” siding with several broadcasters who claimed that the policy infringed their First Amendment right to free speech. The FCC’s regulations forbade broadcast TV from airing “patently offensive” content involving “sexual or excretory organs or activities” during hours when children were likely to be watching.

In 2004, in response to viewer complaints, the FCC tightened that policy to include fines for “fleeting expletives”. A single violation, like the “F-bomb” dropped by U-2 star Bono during a prime-time music awards show, carried potential fines of up to $325,000. Cable programming, unlike the free content available on broadcast TV, is not covered by FCC decency rules.

In its decision on Tuesday, the U.S. Court of Appeals for the 2nd Circuit held that that the current FCC policy was unconstitutionally “vague,” creating a “chilling effect that goes far beyond the fleeting expletives at issue here.” Without clear standards to define patently offensive and indecent content, the judges worried that broadcasters would risk sanctions for ambiguous content. It’s not clear yet whether the decision will be appealed to the Supreme Court; an appeal would provide an opportunity for the Court to overturn all restrictions on broadcast TV.

So what impact will this ruling have on American families? The Fox Broadcasting Company, one of the parties to the case, maintains it “will continue to strive to eliminate expletives from live broadcasts.”

The Parents’ Television Council, an advocacy group that monitors media content and its effects on children, believes otherwise. The court opinion, says the PTC, “authorized the broadcast networks’ unbridled use of the ‘f-word’ at any time of the day, even in front of children.”

Unfortunately for families, the cultural momentum is clearly pushing towards more profanity and graphic content on TV. FCC sanctions, which often took years to implement, arguably had only minimal success. Competition with cable programming, where explicit shows generate the most revenue, already has pushed the boundaries of broadcast TV too far. Families are “under siege,” says PTC President Tim Winter, from TV programming that includes rampant foul language, group sex, gay sex, nudity, and other explicit content. And in the wake of this latest court ruling, parents should expect only more of the same.
The symbolic effect of overturning the decency policy, combined with the chase for advertising dollars, will surely embolden those who see nothing wrong with expletives or explicit content on TV.

As boundaries crumble, viewer tolerance–which translates into ratings and revenue–may prove to be the only limiting factor on media content. But the limits of viewer tolerance will likely vary by demographic. Families with children under 17—the group most concerned about skyrocketing profanity and mature content—now represent less than one-third of U.S. households. Singles and childless couples may be more inclined to believe, as one expert does, that, “TV merely mirrors life,” and “[m]ainstream TV has been frozen in a very puritanical position by Congress, the FCC and the Supreme Court — all who don’t seem to understand the First Amendment. Sex is part of life. If people are offended, there’s a simple remedy: Don’t watch.”

The Second Circuit seems inclined to hand responsibility for protecting children to parents alone; the court asserts that, “Technological changes have given parents the ability to decide which programs they will permit their children to watch.”

Many parents and media experts simply don’t share the court’s confidence that current technology is adequate to protect children from explicit content. For now, however, the court’s message is: “Mom and Dad, you’re on your own.”

Mary Rice Hasson is an attorney and writer from the Washington DC area. She also blogs at http://Wordsfromcana.wordpress.com