When I talk to my parents, they often cannot believe how complicated relationships seem these days. Why were things were so much simpler a mere generation or two ago?

It is obvious that the answer lies in the messages we get fed in media, magazines, and popular culture about what constitutes a normal relationship. For some reason, all the single chicks in movies are the losers or pitied, unless of course they are those independent women who are hot enough to have casual sexual partners every weekend. Are these really the ideas we want young girls to live by – that single is weird unless you’re having regular sex? Not to mention the fact that this reduces entire relationships to only their physical component… 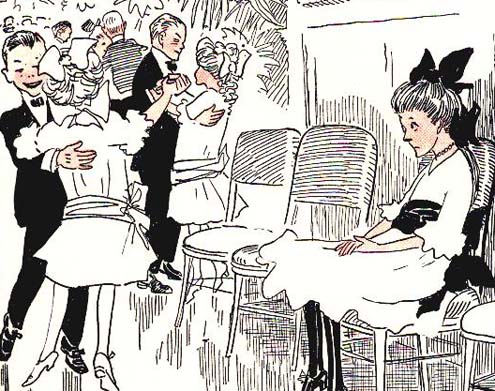 Women need to learn to respect themselves, and hold themselves in a way that will attract the guys that will treat them as they deserve to be treated. And they should be confident in being the person that they are – not only Mr X’s girlfriend.

A friend put it well to me once: before a person enters a relationship, they should be capable of standing straight themselves. If not, they are forever leaning on the other person – so if the other person falls, they both fall. Most girls’ magazines these days train young women to play games – to offer sexual favours in return for affection and something that’s supposed to feel like love. Anyone ‘playing games’ in their relationship cannot possibly be standing straight, standing secure in themselves. And so what can they have to offer to a genuine relationship?

Society tells us not to settle down and commit too early – have some fun! But if you’re 35 and single, what on earth were you doing all these years? No wonder women are confused!

Popular culture needs a definite revamp in terms of their outlook on relationships: if young women are only hearing the wrong ways to get and keep a guy, it’s easy to see why the dating game has become such a difficult one to navigate.