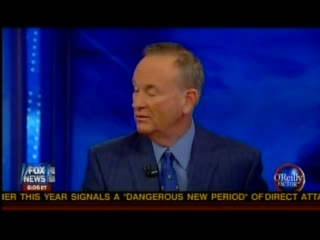 It took all of three seconds after hearing Fox News’ Bill O’Reilly respond to one particular viewer’s email to know I had to write…something.

I’m not given to writing letters or email to show hosts or celebrities or well-known personalities ever about anything. I might talk back to the radio or tv, but I just write here. Or in my radio commentaries. Which is why this is here and will wind up there. I’ll follow up with Mr. O’Reilly, but my instinct is to address my readers and listeners about media handling of fundamental issues of life.

At the end of the O’Reilly Factor on Fox, Bill O’Reilly always runs through a handful of emails from viewers, culling from what is no doubt a glut of mail with viewpoints across the spectrum. He does a good job, fitting quite a few into a short time, giving a cross-section of views. Someone is probably always provoked by something, but this did it for me.

Referring to an appearance on his show this week by regular contributor Margaret Hoover, a viewer took O’Reilly to task for agreeing with her statement that a fetus is a “potential human being” instead of making the correction that a fetus is an already existing human being. Though O’Reilly doesn’t respond to most emails, he did stop and address this one.

Mr. O’Reilly said the position the viewer stated in the email was ’the pro-life position’, which, he acknowledged, was indeed the position he took. But he said ‘we can’t argue with people who are pro-abortion unless we can find common ground’, and the statement “that this is a potential human being takes away all the doubt.” We can all agree on that, he said.

Let’s go back to what prompted this, Ms. Hoover’s appearance on the O’Reilly Factor on December 2 about a couple conducting a poll on their blog about whether or not the wife should have an abortion. Here’s the transcript:

BILL O’REILLY, HOST: …Thirty-year-old Alisha Arnold, 19 weeks pregnant, is thinking about terminating her fetus because she’s in a bad emotional state, according to her blog. Husband Pete Arnold disputes some of this. But there is no disputing the fact the couple has asked Americans to vote on whether the abortion should take place, and two million people have….

No. 1, this is disgusting. This is a human life we’re talking about, is it not?

O’REILLY: I don’t mind your description there. It’s a potential human being containing human DNA right at this moment.

O’REILLY: So it’s disgusting that you would put this up for a vote on whether to execute it. Am I wrong?

HOOVER: The decision to have an abortion is a deeply personal decision between a woman, her family, her doctor, her God; not her government, and not the public at large.

O’REILLY: OK. So you’re with me on that.

What seems clear to me (or at least how I see it) is that Bill O’Reilly is trying to establish that common ground he spoke of (to the emailer), in order to gain some currency with Margaret Hoover in the larger argument (as he may possibly see it) that the decision about terminating nascent human life is not open for public debate or polling.

One, I think that from the top, O’Reilly made the mistake (if he is pro-life) of using the language of the abortion movement by saying a woman who is 19 weeks pregnant is “thinking about terminating her fetus.” Referring to a child in the womb, an unborn child, a developing child, a baby in the womb of a pregnant woman as a fetus dehumanizes the baby, making the abortion argument easier to market and promote as a ‘choice’ without making conscious the reality of what the choice is about.

Two, he was right the first time around when he stated the central debate was over a human life. And wrong when he backpedaled to agree with Ms. Hoover saying:

It’s a potential human being containing human DNA right at this moment.

Mr. O’Reilly is extremely intelligent. He’s also admirable in working hard to keep arguments grounded in facts and not hypotheses or speculation or euphemism or political agenda. So he surely should know that statement plays right into the whole abortion argument, one which has inflicted tremendous pain and trauma on post-abortive women and frankly, death on their children in the womb. It’s the scientific and medical truth, available in any major textbook, that when a doctor has a pregnant woman before him he is treating two patients. That when a woman becomes pregnant, from the moment of conception, what she is carrying is already a whole, unique, separate and living human being.

The South Dakota Task Force to Study Abortion crafted an exhaustive 71 page report detailing this issue better than anything like it before. Frankly, there wasn’t anything like it before. Which led to the state’s informed consent law merely requiring abortion clinics to inform women seeking abortion what the procedure would do, as in any other medical procedure, which the abortion movement fought vigorously to stop. Because it informs women that the human life is already present, and the procedure would terminate it.

See, what even a lot of pro-lifers don’t realize is that many, many women who seek abortions have the misperception (aided by abortion clinic workers or abortionists themselves) that what they are removing is a ‘blob of tissue’ that will later become a baby. And when they do learn that it already was a human baby in development, they’re even more traumatized that they ended that life.

Two high profile legal cases made their way through the appeals process until we had, for the first time, two major courts and constitutions in conflict over the definition of human life and the obligation to inform pregnant women of a baby’s existence. The story, in summary, is here.

Look at the argument abortionist Dr. Sheldon Turkish foisted on Rosa Acuna, and the consequences of her lack of understanding of what she was doing at the time (through his procedure). That scenario is played out thousands of times over, millions, when the truth continues to be covered up or the terminology soft-pedaled so we can believe we’re finding ‘common ground.’

I agree with O’Reilly that the two sides aren’t generally making headway convincing each other of their arguments, and some new breakthrough has to be found. But the post-abortive women in Rachel’s Vineyard and Silent No More, among others, are the new breakthrough voices telling us that dialogue has to be based on truth.

It’s uncharacteristic of Bill O’Reilly to shy away from that. He’ll take on governments and nations and global bodies. But back down to what amounts to political correctness on the body they’re all built upon?

Bill….that doesn’t factor in to sound reasoning. Nor to your reputation for it.