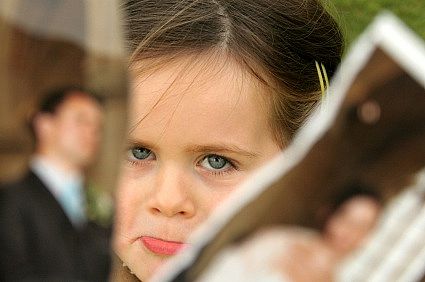 The subject is finally getting mainstreamed. It took a whole generation suffering the ravages of family strife for it to make its way into the public conversation. Probably because the children who suffered most are now adults, in the media and the arts.

It’s come up on my radio show time and again, and I was planning to take closer look at the subject in the next week or so. This WSJ cover story on a section of the weekend edition really caught my attention.

Every generation has its life-defining moments. If you want to find out what it was for a member of the Greatest Generation, you ask: “Where were you on D-Day?” For baby boomers, the questions are: “Where were you when Kennedy was shot?” or “What were you doing when Nixon resigned?”

For much of my generation—Generation X, born between 1965 and 1980—there is only one question: “When did your parents get divorced?” Our lives have been framed by the answer. Ask us. We remember everything.

Growing up, my brother and I were often left to our own devices, members of the giant flock of migrant latchkey kids in the 1970s and ’80s. Our suburb was littered with sad-eyed, bruised nomads, who wandered back and forth between used-record shops to the sheds behind the train station where they got high and then trudged off, back and forth from their mothers’ houses during the week to their fathers’ apartments every other weekend.

“Whatever happens, we’re never going to get divorced.” Over the course of 16 years, I said that often to my husband, especially after our children were born. Apparently, much of my generation feels at least roughly the same way: Divorce rates, which peaked around 1980, are now at their lowest level since 1970. In fact, the often-cited statistic that half of all marriages end in divorce was true only in the 1970s—in other words, our parents’ marriages.

Not ours. According to U.S. Census data released this May, 77% of couples who married since 1990 have reached their 10-year anniversaries. We’re also marrying later in life, if at all.

And there’s the key. Yes, they have learned and have committed themselves to not repeating the devastating, destructive behavior their parents didn’t try hard enough to avoid. But they’re also postponing marriage, delaying it much later, if they marry at all. Which is a whole other demographic problem for society. Co-habiting is the norm, whether it eventually winds up in marriage or not.

We need to listen to this generation.

I believed that I had married my best friend as fervently as I believed that I’d never get divorced. No marital scenario, I told myself, could become so bleak or hopeless as to compel me to embed my children in the torture of a split family. And I wasn’t the only one with strong personal reasons to make this commitment. According to a 2004 marketing study about generational differences, my age cohort “went through its all-important, formative years as one of the least parented, least nurtured generations in U.S. history.”

They’ve heard the excuses, and they aren’t buying it. They bear the scars.

People my parents’ age say things like: “Of course you’d feel devastated by divorce, honey—it was a horrible, disorienting time for you as a child! Of course you wouldn’t want it for yourself and your family, but sometimes it’s better for everyone that parents part ways; everyone is happier.”

Such sentiments bring to mind a set of statistics in “Generations” by William Strauss and Neil Howe that has stuck with me: In 1962, half of all adult women believed that parents in bad marriages should stay together for the children’s sake; by 1980, only one in five felt that way. “Four-fifths of [those] divorced adults profess to being happier afterward,” the authors write, “but a majority of their children feel otherwise.”

But a majority of their children feel otherwise. There is something intolerable about that clause. I can’t help feeling that every divorce, in its way, is a re-enactment of “Medea”: the wailing, murderously bereft mother; the cold father protecting his pristine, new family; the children: dead.

When I had my first child at 32, I went into therapy for a while to sort through, among other things, just why the world—as open and wonderful as it had become with my child’s presence—had also become more treacherous than I ever could have imagined. It wasn’t until my daughter was a few months old that it dawned on me that when the pediatricians and child-care books referred to “separation anxiety,” they were referring to the baby’s psyche, not to mine.

The thought of placing her in someone else’s care sent waves of pure, white fear whipping up my spine. It occurred to me that perhaps my own origins had something to do with what a freak show I was. After hearing about my background for some time, my distinguished therapist made an announcement: “You,” she said, “are a war orphan.”

Orphans as parents—that’s not a bad way to understand Generation X parents. Having grown up without stable homes, we pour everything that we have into giving our children just that, no matter how many sacrifices it involves.

This is painful, but also therpeutic in its telling.

Marketing surveys reveal that Generation X mothers don’t seek parenting advice from their own moms. Why would we take counsel from the very people who, in our view, flubbed it all up? Instead, says the research, we depend on the people who actually raised us, albeit wolf-pack style: our friends.

To allow our own marriages to end in divorce is to live out our worst childhood fears. More horrifying, it is to inflict the unthinkable on what we most love and want to protect: our children. It is like slashing open our own wounds and turning the knife on our babies. To consider it is unbearable…

Call us helicopter parents, call us neurotically attached, but those of us who survived the wreckage of split families were determined never to inflict such wounds on our children. We knew better. We were doing everything differently, and the fundamental premise was simple: “Kids come first” meant that we would not divorce.

And yet, about half of them do, and the writer goes on to admit, painfully, that she and her husband did as well. And as well as they could conceive to do.

I don’t know what makes a good marriage. I am inclined to think that Mark Twain was right when he wrote in an 1894 journal: “No man or woman really knows what perfect love is until they have been married a quarter of a century.” But I did know something about divorce, and I wanted—and my former husband wanted—to do it as “well” as possible.

And they believe they did, though it’s still splitting up the family, divorcing mom from dad, and leaving the children in some degree or fashion of turmoil.

I have yet to meet the divorced mother or father who feels like a good parent, who professes to being happier with how their children are now being raised. Many of us have ended up inflicting pain on our children, which we did everything to avoid.

But we have not had our parents’ divorces either. We can only hope that in this, we have done it differently in the right way.

There is no right way. Let’s don’t, finally, delude ourselves.

This is a necessary conversation and a good and public examination of motives and intent and sacrificial love. Sort of…

One line in the piece struck me as needing and deserving more attention focused on it. It passed with this brief snip:

We also paid no heed to his Catholic parents, who comprised one of the rare reassuringly unified couples I’d ever met, when they warned us that we should wait until we were married to live together. As they put it, being pals and roommates is different from being husband and wife. How bizarrely old-fashioned and sexist! We didn’t need anything so naïve or retro as “marriage.” Please. We were best friends.

Or so they assured themselves. But the wisdom of “one of the rare reassuringly unified couples I’d ever met” came from a couple informed by faith and tradition of the ages, tried by relativism yet proven by results.

That’s where this story leads. And in a ‘back to the future’ journey, it may finally be the path to a new-fashioned marriage culture.