The other day I caught an old episode of the TV show New Girl. While I’m not a regular viewer of the show, this one struck me as strange. The main character, Jesse, broke up with her older boyfriend because they didn’t fight enough. She thought their lack of screaming matches meant there was no passion in the relationship. Her boyfriend, who was significantly older than Jesse and divorced, disagreed saying he was tired of fighting and didn’t need it. She ended it then and there.

This concept that boisterous fighting makes for good romantic relationships is certainly not new, although I do think it is a millennial generation idea. The Notebook, a book and movie, is based around the constant bickering of the two lovers. Leap Year, another recent movie, is also a movie in which the characters constantly fight, bicker and disagree which obviously means they are madly in love with each other. 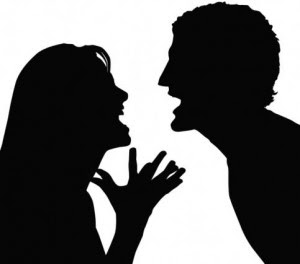 This mentality has seeped into real relationships, in which people find themselves dating and marrying a person they constantly fight with. For some reason, that I can’t really understand, it seems romantic. And maybe the making-up part of fighting is romantic, to a certain extent, but I don’t see how a relationship that involved serious bickering before marriage can turn into anything other than serious bickering afterwards.

I’m not saying that disagreements should never happen in relationships. They will occur, they should occur. But the continuous back and forth yelling matches cannot be sustainable, they cannot build a long-term lasting relationship. They cannot raise well-rounded children. They cannot create a happy home. And while it might seem exciting in the beginning, the endless bickering will end up becoming a burden and kill the relationship.