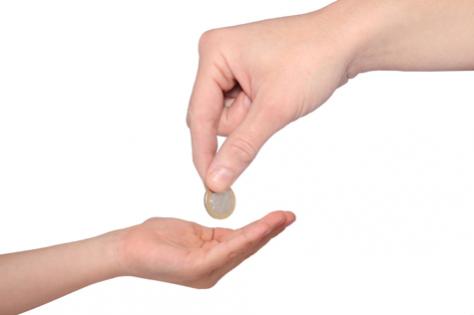 Wow. On top of all other expenses – food, clothes, life in general – this seems like way too much to be spending on “allowances, bribes, rewards and gifts”. Not to mention the question of whether bribery is actually the greatest parenting technique…

Research showed that most parents are straight-up bribing their kids, with 55% are giving them money just so that they would behave. As for the thinking behind allowances, a lot of parents admit that they didn’t want to disappoint their kids, that their kids had expensive taste, or that they felt like they were competing with what other children got from their parents. And these aren’t even teens – we’re talking kids under 10!

I’m seeing a whole lot of red flags here. Seems like the perfect way to render your child incompetent when it comes to understanding the value of money. They’re being taught a few dangerous ideas: that you don’t have to do anything unless they’re being rewarded, that you can get what you want without any hard work, and that you never have to be patient and wait for things. Would you employ someone with those qualities?

Now to be fair, I have nothing against a small “bribe” here and there. I think every parent needs them once in a while. But every day? Every hour? To the point that you’re paying your kids to behave, rather than teaching them to do that out of respect for others? Definite no-go zone.