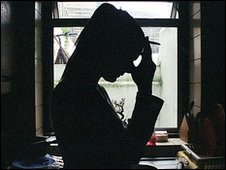 Even by Gallic standards, this one is bizarre. A bill may soon be passed by the French parliament criminalising “psychological violence” in marriage or de facto relationships. Really folks, I am not making this up. Here is how a BBC report covers the story:

“If you insult your wife or husband repeatedly, you could soon find yourself in court if you live in France. The charge? Psychological violence. That’s what the new offence will be called if a bill backed by the government is passed by parliament. Once considered a purely private domain, rows between married or cohabiting couples could now prompt intervention from the state.”

This law will be about “mental and verbal abuse” and the State will meddle in domestic situations to ensure that such crimes are not committed. French premier Francois Fillon, who announced the law, said: “The
creation of this offence will allow us to deal with the most insidious
situations — situations that leave no visible scars, but which leave
victims torn up inside.” If you thought the gendarmes had a lot on their plate up till now, just wait till this law gets passed.

The proposed law covers every kind of insult, including repeated rude
remarks about a partner’s appearance, false allegations of infidelity
and threats of physical violence. Will the gendarmes be patrolling every street corner, every bedroom, kitchen and living room? Indeed, perhaps every marriage ceremony will also have mandatory provisions for a cop to tag along on the honeymoon or take up a guest room in the couple’s home.

Are French couples so incapable of conducting their own affairs that their government must meddle in interpersonal relations? Perhaps it is a plot to boost the employment statistics — an army of specially-trained thought police will be needed.

Just how “psychological violence” can ever be proven in a court of law may be difficult, but never mind, a new mass of lawyers, psychologists and bureaucrats will quickly emerge to collect ever-increasing fees. Lawyer Laurent Hincker told the BBC that proof was pas de problème. Psychological violence is not the only crime where evidence could be scarce: “There are other crimes which are also hard to prove, such as bullying or harassment in the workplace. For a long time people said you can’t have a law against bullying because it’s too difficult to prove, but now there is a law and people get convicted.”

Fortunately all of this is being done for the benefit of les citoyens de la douce France. They need to be protected from themselves and their government seems ready, willing and able.

Secular prophets such as Aldous Huxley and George Orwell warned about the suffocating apparatus of the total state. But C.S. Lewis was even more prescient. In the preface to the 1959 edition of his classic, The Screwtape Letters, he wrote:

“I like bats much better than bureaucrats. I live in the Managerial Age, in a world of ‘Admin.’ The greatest evil is not now done in those sordid ‘dens of crime’ that Dickens loved to paint. It is not done even in concentration camps and labour camps. In those we see its final result. But it is conceived and ordered (moved, seconded, carried, and minuted) in clean, carpeted, warmed, and well-lighted offices, by quiet men with white collars and cut fingernails and smooth-shaven cheeks who do not need to raise their voice. Hence, naturally enough, my symbol for Hell is something like the bureaucracy of a police state or the offices of a thoroughly nasty business concern.”

Indeed, Lewis warned of the dangers of a powerful, well-meaning and amoral bureaucracy in his 1946 science fiction classic, That Hideous Strength. Its evil and well-manicured bureaucracy is called NICE, the National Institute of Coordinated Experiments.

Of course we must not dismiss the reality of genuine domestic abuse. But to ask the government – even the French government — to enter into the minds and emotions of couples, and arbitrate on what might be a case of “psychological violence” would require more than the wisdom of Solomon. And it would require a clear diminution of our freedoms.

The truth is, the State can never create the Perfect Man. Totalitarians have tried that before and they have always failed. They always end up becoming coercive utopians, where the heaven on earth is achieved by enslaving mankind and destroying freedom.

Modern France was founded on the noble concepts of liberté, egalité and fraternité. It is hoped that the French lawmakers and politicians will have more sense than to pass this idiotic bill. But you never know. The French also practically invented the modern totalitarian state with the Committee of Public Safety. Plus ça change, plus c’est la même chose?