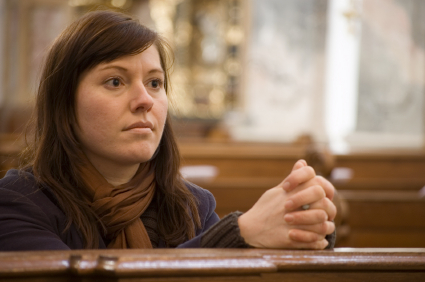 My local newspaper, The New Zealand Herald, recently published an opinion piece whose purpose was to discredit religion and show that people not only do not behave worse without it, but actually behave better. His ammunition was a couple of articles by a US researcher called Gregory Paul, who had discovered the following:

“In general, higher rates of belief in and worship of a creator correlate with higher rates of homicide, juvenile and early adult mortality, venereal disease, teen pregnancy, and abortion.”

I immediately smelled a rat, because it contradicts every bit of research I had ever read about the effects of religious practice (practice, not nominal belief). And, funnily enough, this week Pat Fagan sent out a research brief from the Heritage Foundation, confirming my impressions.

Using data from the US National Survey of Family Growth (2002) Dr Fagan compared women who had had ever an unwanted pregnancy by current religious attendance and by the kind of family structure they grew up in. This is what he found:

But family structure turns out to be even more influential:

Together, coming from an intact family and currently practising one’s faith gave women the lowest risk of an unwanted pregnancy: