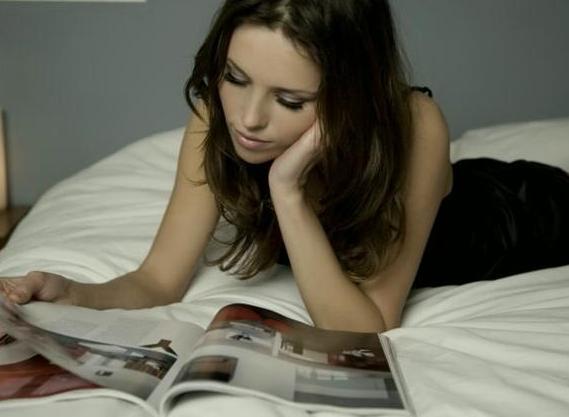 Does sex still sell? Apparently not, to young women in 2013.

Australian young women’s magazine Cleo has dropped sex from the cover of its magazine, due to its readership being more conservative than previous generations.

In this day and age? All the sex we are sold would tell us the contrary.

But according to research done by Bauer Media, sex isn’t a selling point for young women anymore.

1500 girls aged 14-26 were interviewed across Australia over a three-month period, through video diaries and focus groups. Results from the study found that 69% per cent are living at home with their parents, 41% of total respondents have not had sex and only 7% per cent have had a one-night stand in the past six months. 66% per cent of participants are single.

This has a lot to do with finances – increasing rents and costs of living mean that young people are living with their parents for longer. Drug, alcohol and cigarette use is down since 2010 (drugs were 16% in 2010, now 2%; alcohol was 73%, now 61%; cigarettes were 24%, now 14%) while the consumption of fast food has risen 4% since 2010. Many young women are saving, where perhaps previous generations were more about having fun – 97% want to buy a property by the time they’re 27 years old.

Editor Sharri Markson says of the change that “We saw that girls were more conservative than they’d been previously, more of them were living at home; they didn’t want to wear sex as a badge. Its just not cool to walk around with a magazine that has sex on the front of it. Of course there’s still sex content in the magazine, but it’s just not the main pillar, and we’re not going to use it as the main selling point on the front cover.”

Perhaps this follows the trend in entertainment away from sexually oriented sitcoms towards reality television cooking shows and talent quests.

Yet at the same time young women are unashamed to read books such as Fifty Shades of Grey and Google sexual content. Oral sex is still one of the most searched terms on the Cleo website. Perhaps these can be hidden in their smart phones, e-readers and iPads. Content is increasingly able to be private, yet a magazine is still not. So magazines need to emulate technology and privatise the content that readers wouldn’t want everyone to see.

The Cleo research shows that young people are still conscious of their media consumption, and their parents are still clearly having an impact on them. We, as parents, need to use this to our advantage by educating our kids to be media conscious. They need to understand what they are consuming, why, what basis their favourite media have in culture, and its impact.

This is true particularly when it comes to talking about sex, which can be more of a danger with the pressures on young women – particularly when this material is hidden and there is less incentive to discuss it. Pornography and sex are embedded in our culture and cleverly hidden from public view, so young people need to be capable of being morally conscious consumers on their own.

The Cleo research should give us all hope, however, that parents are still having a positive effect on their children.

Chelsea Houghton is a 26 year old mother who lives in Christchurch, New Zealand with her husband and three young children. Prior to having children she worked in media in Sydney and Christchurch, and now blogs at Grow the Roses.