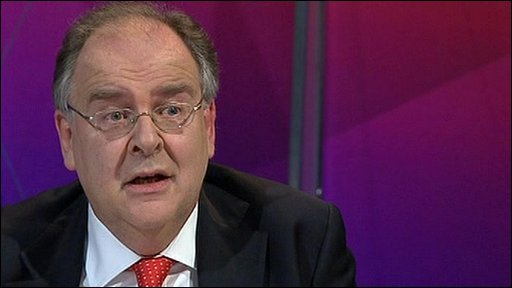 Today, according to the Sunday Times, Lord Falconer (pictured) will publish his new bill on assisted suicide. In line with the recommendations of his sham ‘Commission on Assisted Dying’ he will push for doctors being given the power to help mentally competent adults with less than one year to live to kill themselves.

There has been surprisingly little media coverage about this event, but Dignity in Dying (the former Voluntary Euthanasia Society) are planning a mass lobby on Parliament tomorrow to launch an ‘enquiry’ into this new bill which they hope will be debated in the New Year.

Over the last six years there have been three failed attempts to legalise assisted suicide in Britain since 2006 all of which have failed due to concerns about public safety.

An article in the Huffington Post this morning should heighten these concerns.

It gives an account of the deaths of the author’s father and a family pet, drawing similarities and effectively arguing for the legal right ‘to put one’s dad down’. But the most worrying paragraphs are the two about ‘the cost of keeping people alive’ which read as follows:

‘In the United Kingdom, in the past 20 years the number of people over 85 has doubled – a total that could double again by 2033. Long term care costs for Britain’s growing elderly population has increased 67% between 2007 and 2009, and could cost up to £106 billion a year, equivalent to paying for a second NHS, according to Henry Featherstone, Head of Policy Exchange’s Health and Social Care Unit.

Most experts believe that technological change in medicine is the driving force behind the long-term rise of health care spending. However, if one analyses health care expenditures, over half of health care expenditure in both the UK and the USA are spent on patients who die within one year. It is unclear just how much is being spent for services that are not only unnecessary but unwanted. What needs to be analysed is who is benefiting from the billions being spent on health care for people who are being assisted to live against their wishes.’

At a time of economic recession and shrinking health budgets we are going to hear more and more demands for euthanasia based on economic grounds.

Of course they will always be carefully clothed in the language of autonomy and compassion subtly disguising the fact that there are mainly families and politicians who have a lot to gain financially if those whose lives are judged to be worthless can be ‘mercifully released’.

As I have argued before on this blog there are four ingredients for a holocaust – public opinion in favour, economic pressure, a handful of willing doctors and a law allowing it.

The only one we don’t have in Britain is the last. If we don’t keep it that way we run the very real risk that the generation which killed its children (7 million of them) by abortion will in turn be killed by its children through euthanasia.

Don’t be deceived by talk of so-called ‘robust safeguards’ – that this is only for the mentally competent, only for adults, only for the terminally ill.

Those scenarios are frightening enough. But they are only the beginning. We have 15-20 Britons going to the Dignitas facility in Switzerland each year to kill themselves currently. But with an Oregon or Dutch law we would have 1,200 or 13,000 deaths annually respectively. And given the level of prejudice I this country that already exists towards the elderly it could be many more.

Let’s resist any further erosion of the law.

Dr Peter Saunders is a former general surgeon and CEO of Christian Medical Fellowship, a UK-based organisation with 4,500 UK doctors and 1,000 medical students as members. This article has been cross-posted from his blog, Christian Medical Comment.