Brittany Maynard is a 29-year-old woman who learned not long after her wedding that she had an aggressive brain tumour. She has therefore announced that she has chosen to die on November 1, taking advantage of Oregon’s assisted suicide law. A video that she made with the help of the leading assisted suicide organisation in the US, Compassion and Choices, has been a huge hit on YouTube.

An Australian whose wife died of a similar disease, Denis Strangman, has written her an open letter below. 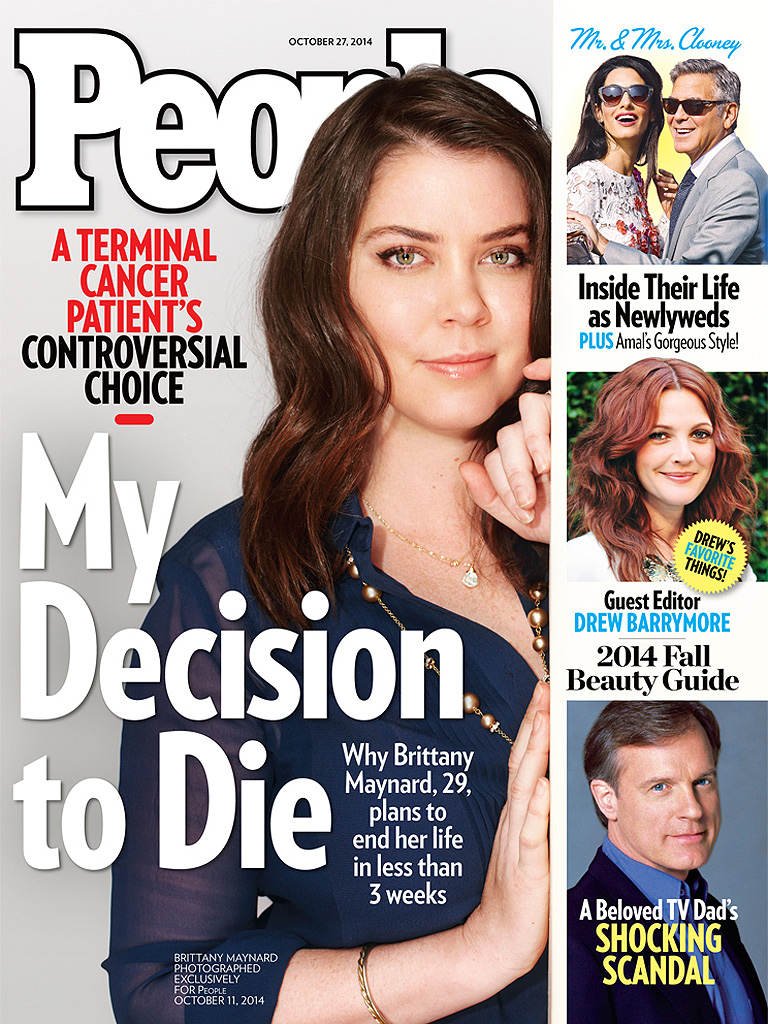 I am very sorry to read that you have a brain tumor, and especially that you plan to kill yourself.

Although we live on different continents thousands of miles apart, and belong to different generations, I sympathise with your situation, though not with your plans. I am glad that you say your proposed suicide date is not “set in stone.” I sincerely hope you will quietly forget about it and choose life. Do not be stampeded in trying to meet your “deadline” by “Compassion and Choices” or other advocates for assisted suicide.

You say you are speaking to fellow “millennials.” I don’t think they have yet invented a catchy title for us septuagenarians but you and I are fellow humans, and I would like to tell you about my own experiences in the world of brain tumors. You see, we have something in common – those terrible words “glioblastoma multiforme,” the most lethal of the primary, malignant brain tumors. I lost my wife Marg, aged 55, to this same type of brain tumor some years ago.

Marg accepted her diagnosis and was willing to try any reasonable treatment. Like you she endured embarrassing steroid-induced weight gain from the Decadron, and she lost her hair. Marg lived in hope of a reversal of her condition, while she and I shared a belief that eventually she would be going to a better place. She did pass away, only 11 months after diagnosis, leaving behind myself and our five children.

After my wife passed I became an advocate for brain tumor patients and their caregivers and helped establish the International Brain Tumour Alliance, which I chaired from 2005 to earlier this year. It is a coordinating group for national brain tumor support and advocacy groups around the world. During these nine years I have travelled extensively to meet with patients and their caregivers in Asia, North America, Europe, and even Africa.

About 200,000 people develop a glioblastoma brain tumor each year. Unlike you and my late wife, most are totally unaware of the nature of their illness because of the desperately inadequate health systems of the countries in which they live. Some of them can only crawl to a pathetically inadequate village health centre to spend their last days.

We who live in the developed countries will likely receive a diagnosis and be offered the best standard treatment available. Unfortunately, there has only been one major breakthrough in treating this specific type of tumour in the past 30 years. That is the development and clinical trial verification of the “Stupp protocol” of combined radiation therapy and the drug temozolomide (Temodar/Temodal). Even this therapy is likely to benefit only about 26 percent of those who undertake it. My wife was the first patient in our city to try that therapy but it did not work for her.

In travelling the world I have attended most of the important scientific conferences where brain tumor researchers explain their research – Edinburgh, Berlin, Yokohama, Washington, Chicago, San Francisco, Paris, Amsterdam, and so on. I have no medical credentials of my own, but I know from these conferences and from reading the scientific literature that literally hundreds of scientists throughout the world are working on a cure for this disease. I have met many of these dedicated investigators. Several research groups and companies are also conducting trials for possible new therapies for those with a glioblastoma brain tumor. I would be glad to discuss these if you wish.

In meeting and talking with brain tumor patients the common characteristic I have discovered is their reliance on hope. Many live in hope that a “breakthrough” is just around the corner and they will be the first to benefit from it. That is a perfectly legitimate approach, particularly given rapid developments in understanding the genomics of brain tumours.

Others sustained by hope are aware of the long-term survivors of this disease – those fortunate few who were given a poor prognosis, like you and my wife, but have survived for years. I have met a number of these people in North America and Europe. They do not know why they are the lucky few, but they relish the days they have been given. Researchers trying to discover the common characteristics of long-term brain tumor patients have found, for example, that people around your age, 29, have greater prospects for longer survival and a greater capacity to deal with the medical treatments. I hope you have been told about this.

Still others live in the hope that, if they do not confound medical expectations, they will acquit themselves well in the final weeks of their lives – that they will love and be loved, say things to loved ones that have been left unsaid for too long, and bring peace to themselves and those around them. I have found that, with the help of decent supportive care, this too is a reasonable thing to hope for.

A question that troubles me is whether you have considered the effect your example and statements may have on the tens of thousands of fellow brain tumor patients who are sustained by these hopes. I think that none of us has a right to take that hope away from them. If your story does not make them feel that they should kill themselves, it can certainly make them worry that this idea is lodging itself more firmly in the minds of their friends, relatives and society itself – including those able-bodied “millennials” who already have such a hard time dealing with notions of illness and disability.

I have to tell you in all honesty that in the private online discussion groups for brain tumour patients which I have observed for years, as opposed to the open forums anyone can join, your peers overwhelmingly express prayers and sympathy for you but reject your approach. The drive to approve assisted suicide as a “solution” for patients like them does not ease their burden but aggravates it.

It is certainly not too late for you to decide on a different course. I respectfully ask you to consider this, for yourself and on behalf of your fellow sufferers throughout the world who have chosen to live with hope in their hearts.

Denis Strangman lives in Canberra, Australia. He is the former chair of the International Brain Tumour Alliance.

Denis Strangman lives in Canberra, Australia. He is the former chair of the International Brain Tumour Alliance. He was also a 2014 nominee for an award for public service by the US Society for Neuro-Oncology. More by Denis Strangman