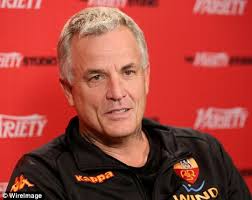 Please don’t say we didn’t tell you all this was coming down the tracks. We did, and it is.

Writer-director Nick Cassavetes unveiled his new movie “Yellow” at the Toronto Film Festival  earlier this month. The main character’s incestuous love affair with her own brother is central to the story and had Cassavetes saying some disturbing things at his  Festival press conference.

“Yellow” stars Cassavetes’ ex-wife, Heather Wahlquist, as Mary, a beautiful woman addicted to pain pills. She has been sacked from her teaching job in L.A. for gross misbehaviour on parent night. She goes off wandering.

Along the way she stops to see her brother in prison with whom she has had a love affair. The scene between them is tender and affecting and signals no judgment of the relationship.

Cassavetes – a maverick filmmaker whose parents are the legendary actress Gena Rowlands and actor-director John Cassavetes  -does pass judgement and says he sees nothing to condem in all that.

“I have no experience with incest,” he told the movie paper, The Wrap, in an interview. “We started thinking about that. We had heard a few stories where brothers and sisters were completely, absolutely in love with one another. You know what? This whole movie is about judgment, and lack of it, and doing what you want.

“Who gives a shit if people judge you?” he continued. “I’m not saying this is an absolute but in a way, if you’re not having kids – who gives a damn? Love who you want. Isn’t that what we say? Gay marriage – love who you want? If it’s your brother or sister it’s super-weird, but if you look at it, you’re not hurting anybody except every single person who freaks out because you’re in love with one another.”

Cassavetes has all sorts of artistic reasons for making this movie but he probably did not want it to end up in the arsenal of those who are out to defend marriage, giving then a credible and very graphic portrayal of the kind of society we will have if the gay rights lobby has its way.