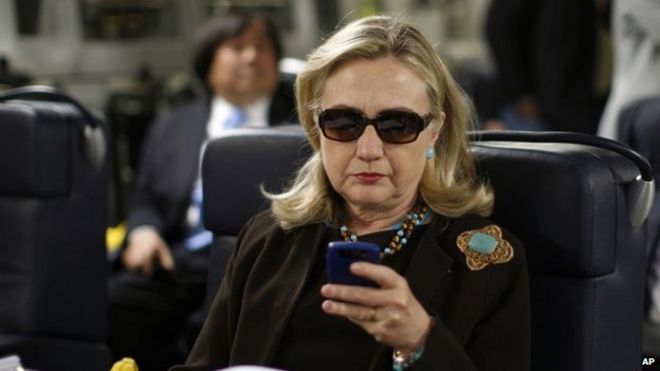 Summed up in a few lines, in a week of ‘big announcements.’

Like Peggy Noonan, I have emerged from a virtual bunker packed with too much work to allow blogging, only because she says it here.

Two points on the general feel of the 2016 campaign so far.

One is that in the case of Mrs. Clinton we are going to see the press act either like the press of a great nation—hungry, raucous, alive, demanding—or like a hopelessly sickened organism, a big flailing octopus with no strength in its arms, lying like a greasy blob at the bottom of the sea, dying of ideology poisoning.

Please God, let us have a press acting once again like the press of a great nation, hungry, raucous, alive, demanding. And further…challenging, engaging, insightful (and dear God, let them finally be self-reflective for a change, examining how they’ve handled political reporting for years and decades now). And finally, honest and honorable. Is that too much to ask? A lively and engaged press, open to all sides and all views, eager to enter the arena of ideas and work them out and pick them apart and apply critical thinking skills so we can once again have vigorous, robust debate covered well by professional journalists?

Or will we continue to get ‘the blob, dying of ideological poisoning’? So much is yet to be determined, some of it now declared.

A bit more on that in the early going, from Noonan’s WSJ column:

On the Republican side there is a good deep bench and there will be a hell of a fight among serious and estimable contenders. A handful of them—Ted Cruz, Rand Paul, Rubio, maybe Bobby Jindal—are first-rate debaters, sharp advancers of a thought and a direction. Their debates, their campaigning, their oppo geniuses, their negative ads—it’s all going to be bloody. Will the American people look at them in 2016 and see dynamism and excitement and youth and actual ideas and serious debate? Will it look like that’s where the lightning’s striking and the words have meaning? Will it fortify and revivify the Republican brand? Or will it all look like mayhem and chaos? Will the eventual winner emerge a year from now too bloodied, too damaged to go on and win in November? Will the party itself look bloody and damaged?

On the Democratic side we have Mrs. Clinton, gliding. If she has no serious competition, will the singularity of her situation make her look stable, worthy of reflexive respect, accomplished, serene, the obvious superior choice? Or will Hillary alone on the stage, or the couch, or in the tinted-window SUV, look entitled, presumptuous, old, boring, imperious, yesterday?

Will it all come down to bloody versus boring?

And which would America prefer?