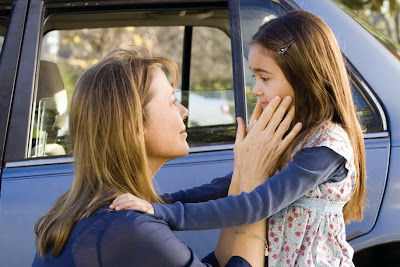 Experts on early childhood development in Canada are pressing for advanced genetic techniques to be used to help identify children who may be most sensitive to abuse. The Canadian experts also believe that genetic research can help to develop therapies to reduce the impact of abuse before it occurs. A report in The Vancouver Sun by Michael Tutton of The Canadian Press, says the suggestion has been made by a panel of experts on early childhood development convened by the Royal Society of Canada and the Canadian Academy of Health Sciences.

Their views are drawn from some of the latest global research on genetics and the emerging field of epigenetics, which studies how environmental factors like parenting can affect a child’s genetic development. For instance, research on mother rats shows links between how frequently a mother rat licks and grooms its offspring and the development of stress regulation systems in its babies.

A Canada Research Chair of neurology and genetics at the University of Toronto, Professor Marla Sokolowski, says that understanding the impact parenting can have on genes could eventually help design programs to teach parental behaviours that help children develop. It is also argued that genetic information about children may help social workers target those children who may need more help. As Professor Sokoloawki puts it: “We could predict … which children are more vulnerable or not and then some of the interventions could be targeted to that part of the population. It’s not something we can do now, but it holds some promise.”

Niko Trocme, a social work professor at McGill University and panel member, said each year social agencies receive reports of potential maltreatment of about 200,000 children across Canada. Agencies estimate they provide services to only about 27 per cent of those kids, Trocme said. “We’re not doing a particularly good job of figuring out which of those 200,000 should be the focus of our efforts,” he said.

Trocme added that child welfare systems are very much focused on identifying and investigating abusive acts by parents, but they do a poor job figuring out what to do about it. “We know these are situations where a parent has acted in a way that puts the child at risk, but we know very little about the children … who are being identified in the child welfare system,” he said.

The Toronto Star report concluded by pointing out that the panel agreed in its synopsis that there’s now little scientific doubt that abuse in early life has a lifelong affect on children. The researchers said abuse in the early years is tied to long-term changes in brain circuitry, problems in the nervous and hormonal systems and other changes that “influence health and quality of life across the lifespan.”