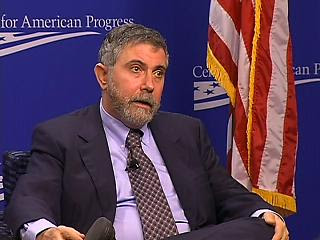 It would be foolish for me to pick an argument with Paul Krugman on economics. A Nobel Prize winner, he is one of the foremost economists in the world. But the statement in his latest New York Times column that “Economics is not a morality play” is not so much about economics as it is about ethics, and here is where I wish to engage him.

What exactly does he mean? Essentially, he wishes to disabuse us of the belief that economics is a “happy story in which virtue is rewarded and vice punished”. That much we must concede, together with most people who have ever given serious thought to ethics. In fact, ethics, as a philosophical discipline, began in ancient Greece as a reflection on the all too common experience of the triumph of evil over good. That is the unifying thread in all tragic plays. Ethics, therefore, is the rational defense of virtue. It responds to the question of why it should be worth our while to pursue virtue, despite the odds, when it doesn’t even guarantee happiness or flourishing. In the case of tragic heroes, their virtue is precisely the cause of their downfall. Had they been a bit more willing to compromise, they would not have suffered as much.

But Krugman goes beyond this to affirm that the market economy, a “system for organizing activity”, is without any moral significance. It is one thing to say that the market, just like the economy in general, does not necessarily reward the virtuous nor punish the wicked. The rich are not always deservingly rich and the poor are almost never rightly served by their deprivation. But it is another thing altogether to strip the market exchange system of any moral dimension. Markets are not natural phenomena like gravity or the Brownian movement. They result, in varying degrees, from the confluence of a myriad of human decisions and actions. Insofar as these actions are freely carried out, undetermined by physical forces, they are loaded with accountability. That is why we are able to judge market actors, attributing to them praise or blame.

Therefore, injustice is not inevitable in order for markets to work. I suppose “injustice” is what Krugman meant when he referred to “inequality”: “we accept a system with considerable inequality because systems without inequality don’t work.” Partly because of their genetic make-up, partly because of their environment, but above all, because of the exercise of their freedom, human beings are different and unequal. That is why it makes sense to trade and to cooperate within markets, because oftentimes the potential gains are greater than the losses, not the least in terms of freedom. But to acknowledge and celebrate diversity is not the same as to condone injustice. Markets do not need to fill a quota of injustice in order to function properly any more than capitalism requires an exploited and marginalized class. To think otherwise would be tantamount to denying both freedom and responsibility in our behaviour as market actors.

For similar reasons, neither do I accept that the way out of depression economics is the transmutation of vice into virtue, of foolishness into wisdom. Or, as Krugman –and Keynes before him — would have it, to engage in pointless public spending, without fear of ever going over the top. That is what brought us the current crisis in the first place, spending the money that we didn’t have on the things that we didn’t need; buying things simply because we craved them. (This is one of the issues about which US Tea Partyers are right to let off steam.) Hence, it would be hard to believe that from the disease itself will come the cure.

Being neither an economist nor an historian, I won’t stick my neck out on whether the Second World War was actually the cause that brought the US out of the Great Depression. This could be a mere temporal association of events, a version of the post hoc ergo propter hoc fallacy (it happened after, therefore it happened because of) rather than a true causal relation. Be that as it may, it would be indefensible on ethical grounds to affirm that the Second World War was necessary to end the Depression — unless one were a consequentialist, which I am not. Neither do I believe in the strict, mutually exclusive alternative Krugman poses between spending on useful, productive things such as roads and schools, and war expenditures. Reality is far more nuanced.

In times of crisis, we need more virtue, not less. In economics and in the market included.