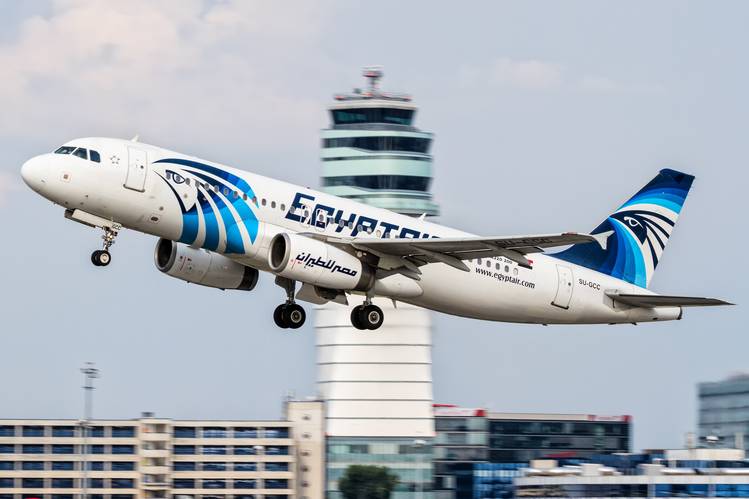 Early last Thursday morning, May 19, EgyptAir Flight 804, an Airbus A320 carrying 56 passengers and 10 crew members, went down in the Mediterranean on its way from France’s Charles De Gaulle International Airport to Cairo. The plane apparently broke up in the air and there are no survivors.

Search parties have begun to recover pieces of the wreckage, and data transmitted from the plane suggests that a bomb might have caused the crash. But a definitive conclusion about the cause will have to await the recovery of the flight data recorders, if they can be found.

Generally speaking, commercial aviation safety has been a spectacular success story. If you drive to the airport, the risky part of your journey is over once you park the car. But determined terrorists can evade security measures to bring a plane down, and no amount of design improvements can make a modern airliner 100% secure against attacks.

In the case of Flight 804, we are fortunate to have information transmitted by the Aircraft Communications Addressing and Reporting System (ACARS) that has provided material for early speculation about the cause of the crash.

Within a day, a number of sources provided news media with ACARS data transmitted for a period of about two minutes around the time of the crash. Two indicators associated with windows on the right side of the cockpit and several smoke alarms went off. An aviation expert cited in The Telegraph (UK) speculated that a bomb in or near the right side of the cockpit could have blown out a window, and the resulting cabin depressurization at cruising altitude would have caused condensation fog that can set off smoke alarms. As the plane broke up, the ACARS system could have kept working, which explains the length of time between the initial transmission and when communication was lost.

ACARS has been helpful in investigating other crashes, such as the Malaysian Air Flight 370 that went down over the Indian Ocean on March 8, 2014. Although numerous pieces of that plane have been recovered in widely separated locations, the underwater search for the main body of the aircraft continues to this day.

The part of the Mediterranean over which EgyptAir Flight 804 went down includes some of its deepest waters, over 3000 meters (more than a mile) deep. So it will be a challenge to find the flight data recorders, especially if the search takes longer than 30 days, which is about as long as the recorder underwater locator beacons operate.

The continuing mystery of the Malaysian Air Flight 370 crash led to calls for live streaming of flight-recorder data in addition to hard-copy logging on the plane, and in the ACARS data that was recovered for the EgyptAir flight, we see that even in the absence of regulations requiring such streaming, airlines have begun to take advantage of digital communications channels to transmit data that can be helpful both for maintenance and in case of a crash.

Other improvements that could be made to flight-recorder technology include automatic ejection and flotation, as is already done for recorders on military aircraft. Instead of sinking with the plane, military flight recorders are ejected during the crash and automatically deploy flotation devices which makes them much easier to locate on the water’s surface.

Since national governments usually bear the burden of paying for underwater searches, you would think that they would see the logic in offering to reimburse airlines for the additional expense of military-style flight recorders. But logic isn’t the only consideration in international politics.

If the flight recorders and cockpit voice recorders are recovered, the question of whether the crash was deliberate will probably resolve itself pretty quickly. If it was indeed a deliberate act, the question then becomes one of criminal investigation, and the security at De Gaulle International Airport will come under scrutiny.

As long as airliners are flown by human beings, the trustworthiness of the pilots is an essential link in the security chain. Assuming the pilots were not themselves part of a conspiracy, that leaves the possibility that someone planted a bomb somewhere in the cockpit. While cockpits are now typically sealed off from the rest of the plane during flight, it’s possible that maintenance workers or others can get into them while a plane is on the ground. The Telegraph reported that the short stopover in France may not have allowed security personnel enough time to give the plane a thorough going-over before it took off for Cairo.

Whatever the cause of the crash turns out to be, we will learn something from it. If it was mechanical failure, which seems unlikely but is still possible, it may affect all A320 Airbuses out there, but if there is such a problem it hasn’t shown up more than once, apparently. If, as seems more likely, there was a deliberate act of sabotage, the technique used by the saboteurs will have to be guarded against in the future.

Either way, 66 lives have been lost in what was in all probability an avoidable tragedy. Most of the time, the vastly complex systems of design engineering, maintenance, operations, and security for air travel work essentially perfectly, and when we get on a plane we don’t usually give much thought to the question of whether we’ll be getting off under our own power or not.

But the price of such liberty is eternal vigilance, and I hope the lessons eventually learned from this tragedy make future ones even less likely.