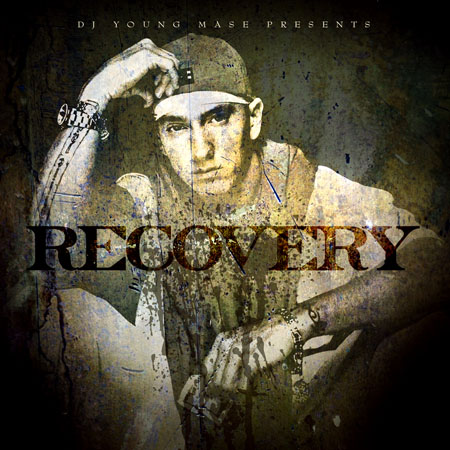 I can distinctly remember sitting in my room as a young high school student and making my mom listen to one of Eminem’s first rap songs. I’m sure she was horrified at the lyrics, which are straight-forward, often crude and usually filled with profanity. To my adolescent brain he was a genius.

To a certain extent he really was a genius. The white, Detroit, Michigan born rapper was an enigma to the industry when he first came on the scene that had previously been dominated by black artists. He still is one of the only white artists to find success in this industry (And no, I don’t think Asher Roth counts.) But then his life took a tail spin, he turned out his Relapse album in 2009, which sounded nothing like his former glory and then fizzled out, thanks to a combination of marital problems and drug abuse. It seemed his career, maybe even his life, was coming to an end.

But then, earlier this year, he was suddenly back and looking like a completely different person. This summer he released his Recovery album, which as you can guess chronicles his transition from down-in-the-dumps drug addict with suicidal tendencies to a clean, sober and refocused family man. His songs are still full of profanity and crude descriptions, but there is also a softer more human side to him. He raps about nearly killing himself and then seeing his daughter’s face. He talks about his love for his ex-wife and while they will never be able to work things out he will love her till she dies. He confesses that his Relapse album was horrible and that he is ashamed of letting down the fans. He vows to stay clean and sober and refocus his energy on his children, his music and his fans. Ignoring the profanity, it’s pretty inspirational. And as a long time fan, I’d say he’s still got what it takes to influence the industry and stay on top of the game. (Check out this interview with Anderson Cooper for more on his life, career and comeback.)

This interview with Eminem a couple weeks ago caught my attention. He admits that in his house swear words are never used because he wants his daughter to grow up in a wholesome environment. The interviewer pointed out that Eminem’s very own music teaches kids to use profanity and his response was that it wasn’t his fault. It is the parent’s job to police their children and set the boundaries.

Um… wait a minute that seems a little hypocritical. If Eminem doesn’t allow those kind of words to infiltrate his own house why is he reaching the homes and rooms of millions through his music and passing along the very words he won’t use at home? Sure, parents have the primary role of raising their children. But, as apparent in my own situation, my mother outlawed swearing when I was growing up. I still listened to Eminem and I still cursed – just not at home where she would hear me.

I’m sure Eminem feels his songs, despite all their troubling lyrics, mirror the tough streets he came from and the emotions that run through him. It’s authentic and true to life. But it’s a shame he can’t take his popularity, his immense talent and his new messages to the streets in a more family-friendly manner.