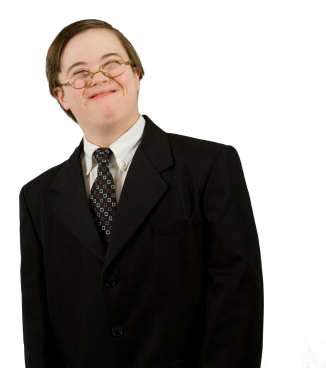 Every year, particularly in Asia, thousands of abortions of unborn girls are carried out, solely because they are girls. This is the sad phenomenon known as “gendercide”, a term that, taking into account other forms of violence against women, even the liberal Economist magazine says is no exaggeration.

The term echoes the word “genocide”, familiar to all of us as a description of Nazi campaign to eliminate the Jews, and of more recent murderous racial or ethnic cleansing campaigns such as that carried out in Rwanda in 1994.

In recent decades another campaign against a particular group of people has gathered momentum. These are unborn children around the world who have Down syndrome, a genetic disorder which gives the person certain well-known features, such as a rounder face and almond-shaped eyes, and involves varying degrees of intellectual and sometimes physical disability.

Government initiated and funded programmes of pre-natal genetic testing to detect this condition have resulted in around 90 per cent of these babies in some western countries having their lives terminated in utero. Surely, it is no exaggeration to see this pattern as a form of genocide — “geneticide”, perhaps.

New Zealand is no exception to the “rule” that says babies with this disorder should not be born. It is not a rule written in so many words, but the words that are used in official and research documents clearly have that intent, and there is plenty of anecdotal evidence that mothers with an unborn child diagnosed with Down syndrome are automatically offered an abortion.

When the national antenatal screening programme for Down syndrome was relaunched in this country with “quality improvements” in February, a number of people decided it was time to challenge the government on the validity of its commitment to screening.

Right to Life NZ lodged a formal complaint with the Prime Minister that the programme for Down syndrome is an instrument of genocide, a crime against humanity. The Health Minister wrote back blandly advising that the government has no plans to cease the screening programme.

A group of twelve concerned parents and Right to Life NZ have since approached the Director of Human Rights Proceedings, asking him to take our case to the Human Rights Review Tribunal. We believe that antenatal screening for Down syndrome violates not only New Zealand human rights law and abortion law, but also the United Nations Convention on the Prevention and Punishment of the Crime of Genocide.

Article 2 of the UN Convention defines genocide as any one of a number of acts “committed with intent to destroy, in whole or in part, a national, ethnical, racial or religious group, as such”. One of these actions is “imposing measures intended to prevent births within the group”.

Intent is legally established through the test of foresight of particular consequences and a desire to act so that those consequences occur; it is covered under Article 30 of the Rome Statute of the International Criminal Court. Although the government states that the reduction of births of people with Down syndrome is not the purpose of the programme it is clear that they had foresight that this would be a consequence, and this meets the test of intent under international law. They have proceeded to act on this basis without any attempts to mitigate a reduction in the number of births of people with Down syndrome.

Government documents confirm that the screening programme would prevent births of people with Down syndrome via selective abortion, leading to the destruction, in part, of that group through a significant reduction in the number of their births. In the Memorandum to Cabinet dated 23 October 2007, it is stated:

There is the potential for activities associated with improving the quality of antenatal screening for Down syndrome to have a negative impact on people with disabilities, including….decrease in the number of babies born with Down syndrome. International experience suggests that as a result of screening and diagnostic tests, up to 90 percent of women who receive an antenatal diagnosis of Down syndrome will choose to terminate their pregnancies.

The purpose of screening is to provide women with information about their pregnancy to enable them to make informed choices. This information may help women to decide whether to continue with or terminate the pregnancy.

People with Down syndrome are a stable and permanent group of people and fall within the status of a protected group under the UN Convention. The UN’s Akayesa judgement, relating to genocide in Rwanda states:

The Chamber found that it was necessary, above all, to respect the intent of the drafters of the Genocide Convention which, according to the travaux préparatoires, was clearly to protect any stable and permanent group.

People with Down syndrome are also genetically linked through their commonality in having a third 21st chromosome and share the same physical characteristics. They can be defined as both an ethnic group and a racial group, both of which relate to people distinguished on the basis of common genetically linked characteristics and physical characteristics. The screening programme is based on the premise that people with Down syndrome can be distinguished by their third 21st chromosome. Imposing measures intended to prevent births within the group is established through the use of selective abortion.

The Human Rights Review Tribunal has also been asked to determine whether the screening programme discriminates against people with Down syndrome. Part 1A of the (New Zealand) Human

Rights Act 1993 prevents the government from discrimination on the basis of disability. This issue has recently been raised with a formal complaint to the Health and Disability Commissioner, who concluded that “the option of screening should be presented in a way that is not discriminatory towards people with Down syndrome” and found that the NSU information sheets “could be more comprehensive and accessible”. He has written to the Director-General of Health suggesting improvements to the NSU’s information resources.

We consider that the commissioner’s response supports our view that the programme is not being managed in a balanced way. This raises serious concerns for us around the discriminatory nature of the policy for the screening programme. The presence, form, presentation and management of the programme sends a clear message to people with Down syndrome that their lives are not valued and reinforces discrimination towards them, clearly breaching the Human Rights Act. Simply by targeting a group of people for genetic screening distinguishes them as being less worthy than others.

The Human Rights Review Tribunal has also been asked to consider whether the programme is lawful in terms of the Crimes Act 1961. Under that Act abortions are excused for rare and serious reasons. In relation to foetal abnormalities, an abortion may be authorised where “there is a substantial risk that the child, if born, would be so physically or mentally abnormal as to be seriously handicapped”. Down syndrome is not a serious handicap. It is internationally recognised as a mild to moderate developmental delay. Our view is that aborting an unborn child based on a diagnosis of Down syndrome is a crime under the Crimes Act 1961.

Our desire is for the New Zealand Government to promote love and respect for those with Down syndrome and for them to be treated with the same human dignity and respect afforded to their fellow citizens. The Universal Declaration of Human Rights eloquently articulates “the equal and inalienable rights of all members of the human family”. The rights of the people with Down syndrome are sanctioned in law; we are asking that these be actualised in practice.

The government should promote a culture of life by ensuring that families who have unborn children with Down syndrome receive compassion and are given all the encouragement and support needed to bring their child to birth. After the birth of their child they should be provided with the services necessary to assist them in providing for the special needs of their child.

Mike Sullivan is the father of an almost three year old girl with Down syndrome. He is a chartered professional engineer who also advocates for people with Down syndrome to be treated with the same human dignity and respect afforded to their fellow citizens. If you are interested in the proceedings and would like more information please contact Mike Sullivan at mike.b.sullivan@xtra.co.nz

none More by Mike Sullivan