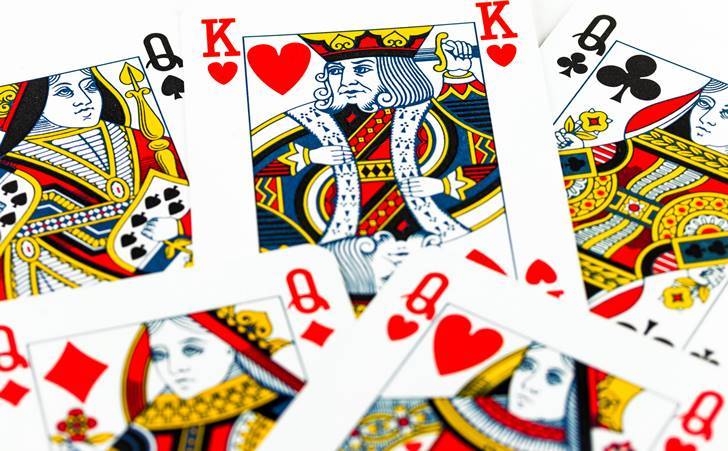 Marriage equality is the slogan under which same-sex marriage is being marketed in Australia. But this really only advertises equality for one kind of marriage which is new-fangled and untested. What about other kinds of marriage which have hundreds, even thousands, of years of tradition behind them? Isn’t it discriminatory to exclude them from state recognition?

These are some of the intriguing questions raised by Michael Quinlan in a recent article in the University of Notre Dame Australia Law Review.

Quinlan points out that same-sex marriage is a Johnny-come-lately in the marriage stakes. Aboriginal marriage and Islamic marriage have well-established forms and practices. It seems odd to withhold recognition from ancient customs while privileging a relationship which was emerged about five minutes ago and benefits only a tiny sliver of Australian society.

For different reasons, statistics about the number of gays and lesbians, Aboriginals and Muslims are rubbery. However, in 2011, there were may have been 671,000 gays and lesbians, 550,000 people of Aboriginal and/or Torres Strait Islander origin, and 476,000 Muslims. So, taken together, Aboriginals and Muslims far outnumber the LGBT community. But their traditional marriage practices are ignored – and not just ignored but hidden and proscribed

Customary Aboriginal marriage is quite foreign, even abhorrent, to modern Australians. But it was the norm for some 40,000 years and continues to have “a real controlling force in the lives of many Aborigines”. It includes practices like infant betrothal, polygamy, and marriage for girls at around the age of puberty. Quinlan notes:

“It has been estimated that at least 90 per cent of marriages among traditional Aboriginal people are customary marriages and that the proportion in the Northern Territory may be higher. Whether these marriages are monogamous, polygamous or involve a spouse below the permitted marriage age, none are presently recognised as marriages under the Marriage Act.”

Like Aboriginal society, Muslims in Australia come from many different cultural backgrounds. But they have had a presence in Australia for hundreds of years, “Muslim contact with Australia predates European settlement,” Quinlan notes. “It began around the 1750s with visits to northern Australia by Macassan fisherman from southern Sulawesi in what is now part of Indonesia.”

Most Muslims in Australia are Sunni, but many are Shia. Amongst the range of their marriage customs which are forbidden under Australian law are arranged marriages for minors and polygamy. Shia Islam also permits temporary marriages lasting from a few minutes to 99 years, a practice called mut’u.

None of these customs are permitted under Australia’s marriage legislation, although they have been sanctioned by hundreds of years of tradition in other countries and are recognised overseas. Even mut’u has a carefully elaborated jurisprudence stretching back to the earliest years of Islam.

On what grounds are such traditions to be banned, asks Quinlan? Is there a coherent reason for privileging same-sex marriage and excluding polygamous marriage? He points out that respecting autonomy is a treacherous support for this line of thinking:

“If the primary focus of marriage law is on respecting the individual choices and personal autonomy of those who wish to marry, these objectives may trump the findings of the overseas research because certainly some people claim to benefit from polygamy.”

Like the LGBT minority, Aboriginals and Muslims have been the victims of “vilification, discrimination, verbal and physical abuse and hate crimes”. And polygamists could be said to have suffered far more than same-sex couples. Quinlan quotes a study in a 2015 issue of the Harvard Law and Policy Review which compares polygamists and homosexuals:

“Similarities exist…between the legal and cultural treatment of polygamy and same-sex marriage. Historically, both criminal and civil laws imposed restrictions on both homosexuality and polygamy. Although the political impetus and the religious nature behind polygamy differentiate it from homosexuals and same-sex marriage, as a group, again their paths are parallel. The law criminalized their ‘deviate sexual intercourse.’ Both groups are forced to live in the proverbial ‘closet for fear of criminal prosecution and social stigma. With polygamists, as a group their legal treatment has pushed them to live in secretive communities or to hide their polygamous identities from mainstream society. Further, many of the social misperceptions and negative stereotypes which were used to discriminate against gays have neem used against polygamists: that they are pedophiles, sexually deviant, and abusive and immoral. Opponents to both groups use such unfounded rhetoric to justify unequal treatment.”

At the moment, Australian law recognises only traditional, or conjugal, marriage between a man and a woman. This is not based on unthinking conservatism, but on tested experience that a stable two-parent family is the best environment in which to raise children. Evidence that marriage between two members of the same sex brings the same benefits is thin.

So what exactly would the law achieve by extending the privilege of marriage to same-sex couples? Unless this is answered clearly, people are bound to wonder whether there are any compelling reasons for the state to be in the marriage business at all. Furthermore, will it still be possible to exclude traditional Aboriginal and Islamic forms of marriage? Why shouldn’t they enjoy “marriage equality”?

Quinlan’s article opens up a can of worms. It’s not the conventional slippery slope, with its ever-increasing cascade of depravity. Supporters of same-sex marriage simply ridicule this as a fantasy: they’ll make gay marriage compulsory! They’re coming for your kids, etc.

But Quinlan’s point is different. If we don’t have a clear idea of what the purpose of marriage is, anyone can ask for marriage equality. And in the light of their substantial population, it would be discriminatory to deny Aboriginals and Muslims the right to plural marriages.

By the way, as if on cue, Legalizing Plural Marriage: The Next Frontier in Family Law, will be released in the US next month. The author, Mark Goldfeder, an academic at Emory University, contends that polygamy is the next step after same-sex marriage. It is already legal in 50 countries and same-sex marriage is legal only in 21.

We can’t say that we weren’t warned.