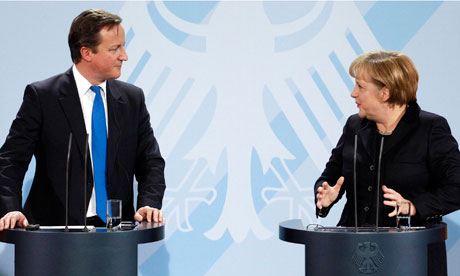 Over at the UK Telegraph, Jeremy Warner has looked at the latest projections by the European Commission in a very interesting blogpost. According to an extrapolation from current figures, Britain will be Europe’s biggest economy within 45 years, with France in second position and Germany in third. This of course is a change from today where Germany is the preponderant European economic power.

“In order to cope, the UK would have to invest massively in new housing, schools, hospitals and other public services. The centre of gravity in Europe would also shift decisively away from Germany to Britain, transforming the UK’s position in the EU and her relationship with the rest of the world. Other members of the European Union would find it more difficult to “gang up” on the UK, which would naturally assume the position of disproportionate influence now occupied by Germany.”

Now of course, these are only extrapolations from current data – a drawing of the line forward into the future on the assumption that nothing changes.  It is unlikely that current levels of immigration to the UK will continue for 45 years, especially when all three main political parties “are now signed up to in some way restricting…[the] free movement of labour [within the EU]”.  Further, the current numbers may be too backward focussed and haven’t taken into account the fact that Germany is now the second most popular destination in the world for migrants, after the USA.  However, the report is useful to show us where things are headed at the present point of time if nothing changes.

The report also comments on the EU’s population growth as a whole. It is predicted to rise by 3% by 2060 to 523 million people.  What is interesting is that due to low fertility rates, the indigenous populations will decline quite steeply but will be made up for by an assumed growth of 55 million people in net migration.  Thus, the EU is destined to continue to change in its composition as more and more of its residents come from elsewhere. Assuming nothing changes of course…