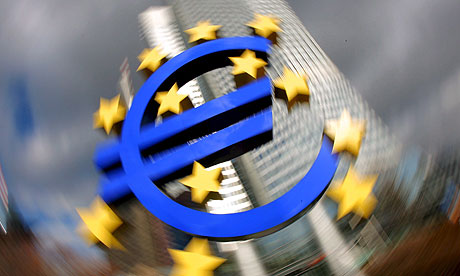 Phillipe Legrain was the economic adviser to the President of the European Commission and head of a team providing the President with strategic policy advice from February 2011 to February 2014. Either his advice was not followed by the President or Legrain has had a change of heart about the strategic policy advice that he was giving.  I say this because he has authored a book entitled European Spring: Why Our Economies are in a Mess – and How to Put Them Right.  In this piece published by Yale University, Legrain pulls no punches in describing the social, politcal and economic trouble that he thinks Europe is in. Economics first:

“After an unnecessarily long and deep recession, Europe’s recovery is the flimsiest on record: feeble in the eurozone, a return to housing bubble and bust in Britain. The long slump and governments’ subsequent budget cuts have exposed the chasm between the fortunate – and sometimes undeserving – few who continue to thrive and the majority who are struggling. Real wages in Britain have fallen by nearly a tenth since the crisis, while the average German earns fractionally less than 15 years ago. Living standards in crisis-hit southern Europe have fallen off a cliff: Greece has suffered a slump worse than Germany’s in the 1930s. In all, 26 million Europeans are out of work – including 15 million young people neither in employment nor education. A lost generation is in the making.”

The inability of so many young Europeans to get a job is a deeply troubling outcome of the GFC – without employment, will young people lose hope and start to disengage from the societies that they live in? The disaster of youth unemployment is particularly worrying when you look at the future burden that this younger generation will have to shoulder:

“Demography may not be destiny, but Europe’s population trends are dismal. As the post-war baby boomers retire over the next 15 or so years, the burden on smaller younger generations will be huge. In 2010, there were nearly four people of working age for every person aged 65 and over; without migration, there will be fewer than two-and-a-half by 2030. The challenge isn’t just financial, it’s practical: Who will care for the massed ranks of pensioners? As the labour force shrinks, economies will need to notch up faster productivity growth and investment merely to stand still. But if the economy is likely to stand still, why invest?”

An economic malaise is going to increasingly compounded by a shrinking workforce and ageing population. The only way to increase the workforce or to keep it at the same level is to rely on immigration if a country is not having enough natural growth. This in itself is problematic as we’ve discussed before on this blog. This means that Europe’s position in the world is sinking:

Of course, large scale unemployment, declining real wages and decreasing competitiveness are not the only, or indeed the major, problem facing Europe. Legrain points to the political destabilisation and disengagement across the continent:

“The present economic pain and fear of the future are poisoning politics too. Many people no longer trust mainstream politicians, EU technocrats and elites in general, who seem self-serving, captured by vested interests, and incapable of solving Europe’s problems, let alone setting out a compelling vision of a brighter future. Worse, in the eurozone, successive governments of all stripes have been bullied into implementing flawed and unjust policies demanded by the German government and imposed by the European Commission. Some are even losing faith in democracy itself. Social tensions within countries are multiplying, as are political frictions between them. Understandable anger at the injustice of bailouts for rich bankers and budget cuts for poor schoolchildren overlaps with a despicable scapegoating of outsiders, notably immigrants.”

So what is Legrain’s solution?

“The EU also needs to become more open, accountable and democratic. Europeans need a greater say over its direction – and the right to change course. And instead of a closed, clubby, class-based politics from a bygone industrial age, Europe needs a more open politics for the internet age. Above all, Europe needs hope, a politics of genuine optimism, a prospectus for a better future. It needs a European Spring: economic and political renewal.”

Easier said than done I would I have thought. And it seems as if the lack of European babies is an indication of a deeper social and economic sickness.