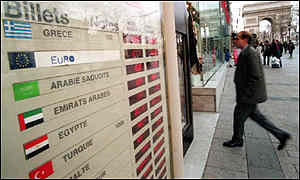 “Sin” is not a word normally associated with the ostensibly highly
technical area of monetary policy. It was, however, the word employed by
the prominent 20th-century French monetary economist Jacques
Rueff (1896-1978) to explain why Western countries have had such
difficulty maintaining stable currencies following the world’s
abandonment of the gold standard after the outbreak of war in August
1914.

In one of his last collections of essays, Le Péché Monétaire de
l’Occident (1971), Rueff sharply criticized Western governments’
apparent inability to put their currencies in order. The root causes of
the inaction, in Rueff’s view, did not lie in prudential disagreements
about the technicalities of securing monetary stability. Instead the
“sin” lay in the constant manipulation of monetary policy by politicians
pursuing short-term and, in many instances, self-interested goals,
while simultaneously claiming to be deeply concerned about monetary
stability.

Rueff knew what he was talking about. In 1958, Rueff engaged in a
more or less singlehanded and ultimately successful struggle against the
French political establishment to balance France’s budget and secure
the franc’s convertibility. This followed the French economy’s near
collapse after years of dirigiste policies and lost colonial
wars in Vietnam and Algeria. Successful reform, Rueff stressed, involved
being absolutely honest about the policy changes needed and their
associated costs. Fortunately, Rueff was able to persuade the one man
who mattered—France’s new head of government, General Charles de
Gaulle—that the achievement of monetary stability was worth the pain of
austerity in the form of dramatic social security cuts, drastic
reductions in government subsidies to industry, and the dismantling of
trade barriers.

Contemporary Europe could well use far-sighted monetary economists
such as Rueff when it comes to addressing some of its present economic
problems. Sound monetary policy could not, Rueff understood, be premised
on falsehoods. Yet this is precisely the sin presently wreaking such
havoc in the euro system today.

Since euro coins and banknotes entered circulation on January 1,
2002, many benefits have flowed from their adoption by many EU member
states. The euro has helped them integrate their financial markets,
facilitated price transparency across national boundaries, and reduced
exchange-rate risks and the costs of currency conversions. The
associated creation of the European Central Bank in 1998 with a clear
mandate for fighting inflation has aided nations with long histories of
monetary instability—such as Italy, Greece, Spain, and Portugal—in
escaping the inflation spirals to which they were once susceptible.

But from the euro’s very beginning, it was tarnished by a high degree
of fudging of public finances by EU member states anxious to be
admitted to the currency. Member states seeking admission were required
to have a budget deficit level of less than 3 percent of GDP and a debt
ratio of less than 60 percent of GDP. To meet this requirement, some
governments employed what might be generously described as “creative
accounting” or simply misrepresented their fiscal position. In 2004,
Greece’s then-finance minister George Alogoskoufis confessed, “It has
been proven that Greece’s budget deficit never fell below 3 percent
since 1999.” In the end, most applicant countries were admitted to the
euro despite having debt levels exceeding 60 percent. Italy and Belgium,
for example, were permitted entry despite having debt ratios of over
120 percent.

Over the long term, the European Stability and Growth Pact (SGP) was
supposed to maintain fiscal responsibility in the euro zone by limiting
government budget deficits to 3 percent of GDP and their debt to 60
percent. These provisions were, however, quickly violated by countries
such as Italy and Portugal but also, ironically, by those nations
(Germany and France) who had lobbied the hardest for rigid adherence to
these thresholds. The European Commission continues to act as if
violation of the SGP is a serious matter. But as Alberto Alesina and
Francesco Giavazzi wrote in their book, The Future of Europe
(2006), today “the large countries in Europe can do just about anything
they please with deficits.”

The effects of this mishmash of untruths, fiscal fudges,
misrepresentations and the refusal of sovereign states to be bound by
their freely undertaken international obligations are only likely to be
magnified by Europe’s present financial and economic problems. This is
especially true when it comes to the European Central Bank, its
independence, and its role of maintaining the euro’s stability.

Ever since its foundation in 1998, the ECB has been a whipping boy
for European politicians from the left and right who argue that the
ECB’s legally mandated priority of maintaining price stability has kept
productivity and economic growth rates in the EU far below those of
America. In reality, these problems have little to do with monetary
policy and everything to do with low rates of entrepreneurship,
unsustainable levels of welfare expenditure, an aversion to competition,
high rates of public sector employment, and structural rigidities
associated with some of the world’s most inflexible labor markets.
Indeed, it is probable that the ECB’s avoidance of the low interest-rate
policies adopted by the Federal Reserve in the 2000s may have made the
2008 recession in Europe more bearable than it might otherwise have
been.

Against considerable political pressures, the ECB has hitherto
doggedly defended its independence. All that, however, changed when the
European Union decided to set up its 750-billion-euro bailout fund in
early May 2010 to stabilize financial markets and rescue not only the
holders of Greek government debt, but also, implicitly, the holders of any
EU government debts that seemed shaky.

One of the more obvious difficulties associated with this package is
that it further deepens the moral hazard problem that governments in
Europe and America have at best paid lip service to over the past two
years. In the long term, protecting governments from the consequences of
their failed economic policies by socializing their losses is unlikely
to deter the same governments from fiscal irresponsibility in the
future. And while the rescue package might give some breathing space to
countries such as Greece, it may also result in their governments
putting off the harsher but essential elements of the austerity measures
they need to take to reduce their sovereign debts.

But the more serious and longer-term damage of the package has been
to the independence of the European Central Bank. As the economist John
Taylor astutely pointed out in a recent Financial Times
article (May 11, 2010), part of the deal involves the ECB buying “the
debt of the countries with troublesome debt burdens, just days after it
said it would not engage in such purchases.” Clearly the ECB was
pressured by EU governments to follow a line similar to that adopted by
the Federal Reserve over the past two years.

At present, the ECB is not engaging in “quantitative easing”—i.e.,
printing money—to fund these purchases. But it is difficult to imagine
that the ECB will be able to continue to buy such debt over the long
term without engaging in what some European government leaders now call
“money creation” (yet another euphemism for printing money). That’s why
the ECB’s decision to buy the government debt of some weaker economies
amounts to a stunning volte face on the part of a central bank
famed for its tough anti-inflation stance. The shock was such that it
provoked a rare public criticism of the ECB’s decision by Germany’s
central bank president, Axel Weber, in Börsen-Zeitung, a German
financial newspaper.

As a result of these decisions, the ECB now has a serious credibility
problem. No doubt, the ECB and some European politicians will insist
that it remains as independent as ever. This, however, is surely one of
those instances of promoting a falsehood about the economy that Jacques
Rueff warned against. For the truth is that the ECB’s independence has
been compromised. Hence we have every reason to expect those European
politicians who have argued for precisely such a diminution of the ECB’s
autonomy to view this as a precedent for further compromises.

Even more seriously, there is a question as to whether the ECB’s
recent actions are compatible with its legally mandated priorities and
responsibilities. No doubt the ECB will argue that its particular role
in the implementation of the EU’s very own TARP for bankrupt governments
is in the interests of long-term monetary stability.

This, however, would constitute yet another misrepresentation. The
more the ECB involves itself directly in supporting European
governments’ fiscal policies, the less independent it will be in
appearance and practice, and the less it will be able to resist
exhortations to adjust monetary policy to fit goals dictated in part by
the short-term horizons of elected officials. As the Economist
(May 11, 2010) recently stated, “The central bank’s credibility relies in
part on a reputation for living up to its pledges and partly on its
disdain for political expediency. On both counts, then, [the ECB] has
lost something.”

Like politics, economic policy is a messy affair. This is especially
true in mass democracies like those of Western Europe, in which
permanent economic security is now regarded as a God-given right.
Inevitably, there will be compromises. But this is all the more reason
for those formulating EU monetary policy to resist being economical with
the truth or claiming they are not doing something that everyone knows
they are doing.

In his most important book, L’Ordre Social (1945), one of
Jacques Rueff’s last exhortations to his readers was: “Be liberal, be
socialist, but do not be liars.” It’s advice that Europeans directing
monetary policy would be wise to listen to today.

Samuel Gregg is Research Director at the Acton Institute. He has
authored several books including On
Ordered Liberty, his prize-winning The
Commercial Society, and Wilhelm
Röpke’s Political Economy.This article has been republished with permission from Public Discourse.

Samuel Gregg is Research Director at the Acton Institute and a Fellow of the Center for the Study of Law and Religion at Emory University. More by Samuel Gregg