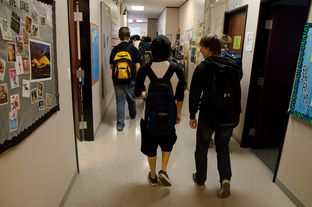 In 2015, the State of Texas is the envy of the rest of the United States. Thanks to its low taxes, a relatively small regulatory system, a limited government, Texas created more than 450,000 jobs in 2014, the highest net nonfarm job growth in the nation. The Texas Model is thriving. The freer the markets, the more options people have for jobs, for products and services, and for opportunities.

Yet, there is something that the Lone Star State surprisingly falls short on: school choice. Currently, if you live in Texas and have children, you can homeschool them, send them to a traditional public school, or arrange for a charter school. If you can pay the tuition, you have the additional option of sending them to a private school. There is currently no grant or voucher program, no tax credit program, or other programs that would allow more flexibility in choosing a school for your children.

Public charter schools were authorized in Texas during the 74th Legislative session in 1995, with a cap on their number set at 215 from 1995 to 2014, increasing every year from 2014, up to 305 in 2019. Charter schools have the same academic and financial accountability as traditional public schools; they are tuition-free and accept all students. They are also open-enrollment schools: if there are more applications than spots available, they run a lottery.

Charter schools are popular because they have more flexibility in their method of education. Founders Classical that I mentioned in my previous post, has opted for a classical education, something that some families are looking for but rarely find in traditional public schools. Charter schools are often better at accommodating children with special needs, too. Different needs call for different kinds of educational methods. Sometimes, the one-fits-all method of traditional public schools doesn’t work.

Are the options currently available in Texas enough? I can’t help thinking about the 700+ waiting list for the 35 or so spots available next year at Founders Classical. This is just one example and there is no logical reason why the choice shouldn’t be extended. In fact, there are plenty of reasons in favor of allowing parents to have more options—options that allow everyone, from children and parents, to teachers and taxpayers, to come out as winners.

There are currently 41 programs operating in 24 states and Washington, DC that allow more flexibility to parents and their children. All is not lost for Texas, as several bills have been filed during the current 84th Legislature to try and remedy the problem. What are some of these other options?

Among the bills that have been filed so far, HB 1043 and SB 642 would create a tax credit scholarship: it would allow corporations to receive a tax credit for donations they would make to a scholarship fund administered by non-profit groups in order to help poor children in failing school districts. These children would then have the option to go to other schools.

Another bill, SB 276, would create a grant program that would make the money “follow” the children in the schools of their parents’ choice. The Taxpayer Savings Grant Program would allow any child who attended a Texas public school the year before or who is first entering a new school year in Texas, to receive a grant equal to the lesser of the tuition of a private school of their choice, or a maximum of 60% of the state average maintenance and operations expenditures per student. Not only would the State of Texas, and ultimately Texan taxpayers, save money for every child who would decide to enroll in a private school, parents would be able to choose school better fitted to the needs of their children.

Different studies confirm that the benefits of a taxpayer savings grant program to the State of Texas would be tremendous. In terms of state savings, taxpayers would be able to save at least between $476 million by the 5thyear of the program according to the Legislative Budget Board, to $1.7 billion over 5 years according to the Texas Education Agency, to $22 billion after the 12th year according to a Heartland Institute estimate.

Under the current system children of parents who can afford to move to a better school district have a choice; not so with children from poor families who might well end up being stuck in a failing school district. Additionally, no two children are alike: more options mean the possibility to choose a school according to each of your children’s needs and aspirations. Giving more options to parents would benefit everyone along the line, from children and teachers to taxpayers. Texas is showing the United States what a successful economic model can be. It is high time that Texas also become an education model by allowing more choice for parents and children. Go big, Texas, as you know how!

Carine Martinez-Gouhier is a French national who immigrated to the United States to pursue her own happiness. She holds a Bachelor’s degree in business administration and a Master’s degree in American Studies (specialized in corporate social responsibility) and works in public policy. She is particularly interested in issues related to economic freedom and laissez-faire capitalism. This article is the final of a three-part series first paublished at The Bell Towers and reproduced here with permission.