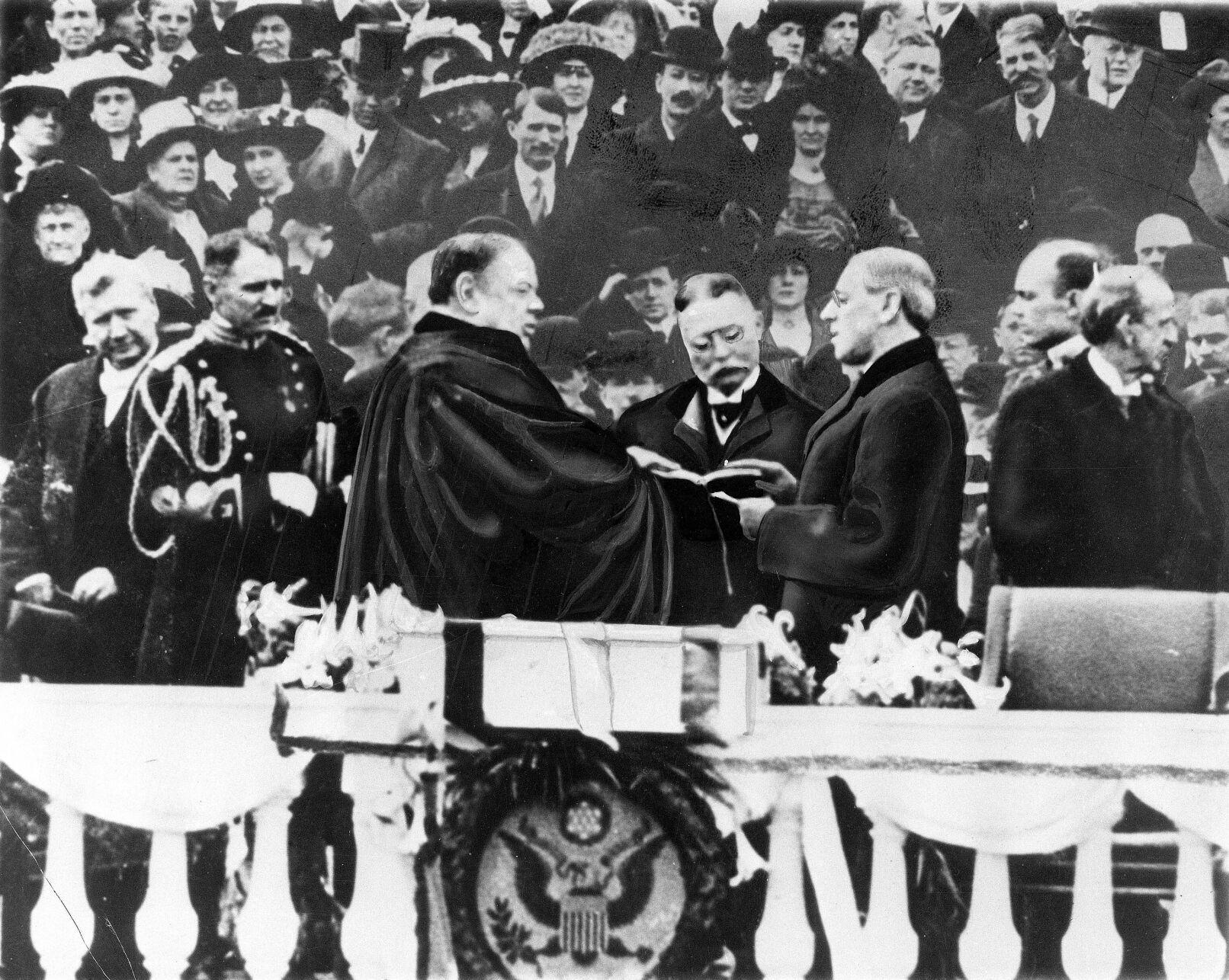 The leader of Canada’s New Democratic Party, Thomas Mulcair, says Trump is a “fascist.” And so do countless others. Fair comment?

No. It’s fair to say that all fascists are populists, but not all populists are fascists. When leftists say “fascist,” it often means “right-wing people or opinions that offend me.” In fact fascism can arise on the left or the right. I’ve seen several tweets linking Trump with the protagonist of Sinclair Lewis’s 1935 novel, It Can’t Happen Here, the story of an Illinois senator who parlays extreme nativism to the White House. But they fail to mention the novel’s protagonist was a socialist.

What exactly does fascism mean? In his bestselling 2007 book, Liberal Fascism (with an afterword on Obama in the 2009 edition), conservative pundit Jonah Goldberg offers this working definition: “Fascism is a religion of the state. It assumes the organic unity of the body politic and longs for a national leader attuned to the will of the people. It is totalitarian in that it views everything as political and that any action by the state is justified to achieve the common good. It takes responsibility for all aspects of life, including our health and well-being, and seeks to impose uniformity of thought and action, whether by force or by regulation and social pressure. Everything, including the economy and religion, must be aligned with its objectives. Any rival ‘identity’ is part of the ‘problem’ and therefore defined as the enemy.”

Sounds about right for Mussolini, but also for conservative-shunning American campuses and the velvet totalitarianism of their gender relations and speech codes.

Fascism, according to Goldberg, can present as heavy or light, depending on cultural provenance. Under Hitler, Germany produced a war-mongering, racially “hygienic” fascism. Mussolini, an avowed socialist his entire life and without expansionist ambition, bore no special animus toward Jews. In America, influential progressives shared with fascists the burning desire to transcend class (and later racial) differences within the national community by creating a “new order,” always couched in ringing tropes of hope, change and a unifying “war” (against poverty, racism, climate change, etc). This, Goldberg, argues, is “nice” fascism, symbolized by the book’s cover image of a smiley-face emoji sporting a familiar little mustache.

Goldberg traces the “totalitarian temptation” of the progressives through the entire 20th century, demolishing the received wisdom that McCarthyism and Charles Lindbergh are American history’s most notable fascist moments. His chapter on progressive nonpareil Woodrow Wilson, who admired Mussolini, for example, is illuminating. Under Wilson, more dissidents were arrested or jailed in a few years than under Mussolini during the entire 1920s. In making the controversial case that Wilson was “the twentieth century’s first fascist dictator,” Goldberg builds his case with brick upon brick of facts and self-condemning words.

Wilson was America’s first academic in the White House (he swept the electoral college, won 42 per cent of the popular vote). A devotee of science and the cult of expertise, he thought society could be engineered according to a eugenics theory rooted in social Darwinism, which permitted Wilson to conclude without guilt that giving the vote to blacks was “the foundation of every evil in this country.”

Wilson also had an autocratic bent, subscribing to the “Big Man” theory of governance. He believed a “true leader” uses the masses like “tools,” stirring up passions, and deliberately not appealing to their reason, on the grounds that citizens are “much readier to receive a half truth which they can promptly understand than a whole truth which has too many sides to be seen all at once.”

Wilson introduced the Sedition Act to suppress criticism of America’s war policies, which banned “writing, printing, writing, or publishing any disloyal, profane, scurrilous, or abusive language about the United States government or the military.” So much for free speech. Postal privileges could be revoked; over 400 publications were denied privileges by May 1918. One man was brought to trial for explaining in his own home why he didn’t want to buy Liberty Bonds. Goldberg estimates that “some 175,000 Americans were arrested for failing to demonstrate their patriotism in one way or another.” McCarthy’s overreach pales to insignificance by comparison.

So you see, “it” can and did happen in the U.S. and it happened on the watch of a former president of Princeton University, a leftist intellectual, an idealist and, as is all too often the case with progressives, an evolutionary utopian quite willing to break a few democratic eggs to make his “transformative” omelette.

It is fair comment to observe that Trump is a thin-skinned bully and temperamentally unfit to govern. Fair comment that he is a populist and a nativist. But he is not seeking to rescind constitutional freedoms. His “war” with the media is conducted in the open on a level playing field. He shows no urge to suppress the speech of his enemies. He twists economic arms, but he doesn’t break them. He mocks marches against him, but doesn’t ban them. He seeks less statism, not more, in health insurance and education. He is anti-abortion, but has no plans to ban it (defunding is not banning). He has no concept of a state “religion” other than ensuring economic and military hegemony for defensive purposes. He has no wish to impose American values elsewhere. He has said he will defer to his Cabinet secretaries when they disagree. He has so far done nothing illegal. He is no fascist, and Mulcair should retract his statement.

Barbara Kay is a columnist for Canada’s National Post, where this article was first published. Republished here with permission.