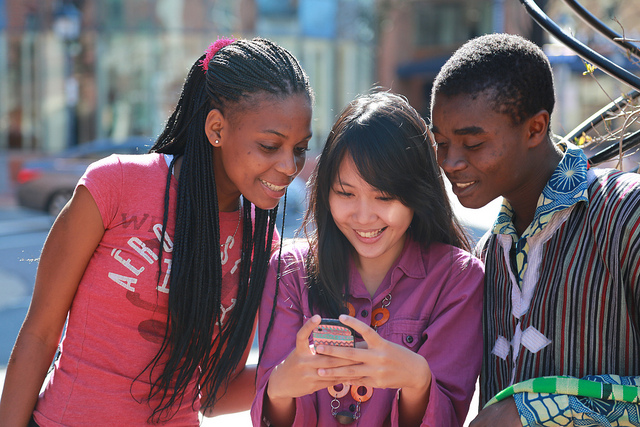 Over the last couple of years we’ve spoken a few times about the predictions of the United States of America’s changing demographic makeup. In 2012 Shannon talked about the rise of Latin Americans as an increasing force on the political landscape. A year later, she noted that for the first time the number of white deaths outstripped which births in the US. This year I looked at the USA’s population in 2060, while Shannon discussed an interesting Economist podcast on the general issue only last month. What we haven’t discussed before is the shaky future of MTV (I’m actually not sure if MTV is still popular – I’m no longer au fait with what is cool with young people, if I ever was…) The reason that MTV’s future is looking shaky is that the share of teenagers in the USA’s population is higher now than it will be for the next 40 years. And according to the Washington Post, today’s proportion is the lowest that it has been ever.

In the last forty years or so the absolute number of teenagers in the USA has hovered between the 25 million and 30 million marks. Even though the overall population has continued to grow during these time period, because the birth rate has been declining, the number of teenagers has remained steady. However, because the population of the country is growing (partially because there are more elderly people living longer) the proportion of the country that is teenaged is growing smaller. Not only is this percentage (9.3%) the lowest it has been in the last 40 years, it is also the lowest it has been since 1900. Before now, the lowest percentage had been in 1953, before the baby boomers had hit their teenage years. Before 1900 the statistics are less reliable, but the proportion of teenagers in the nineteenth century population was almost certainly higher as life expectancy wasn’t so long as it is today.