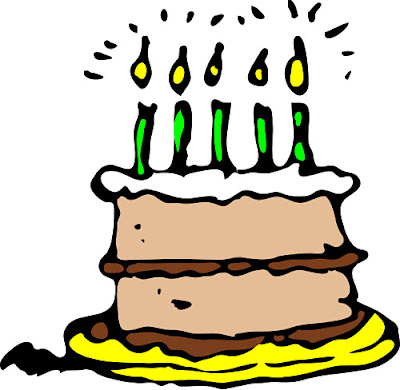 Today is the fifth
anniversary of the election of Joseph Ratzinger to the Papacy. His critics say
that these five years have been a public relations disaster which has brought
the Catholic Church to the brink of collapse. The dissident theologian Hans Küng says
that the Church is “in the worst credibility crisis
since the Reformation”.

However, whether you believe in its
teachings or not, the Church has different standards of success than the
corporate management model which dominates our culture. So to criticize the
Vatican for not adapting to the media’s 24/7 news cycle misses the point. It
simply does not care too much about media strategy. It probably should care
more, if only to keep its managers from dissipating their time and energy in
fighting on the front lines of controversy.

But in the mind of the Pope, the Church has
two main aims and neither of them is a media strategy. The first is to keep
intact and unspoiled the deposit which its founder left it, that it, his
doctrines, his morality, and his sacraments. The second is to use this deposit
to usher as many of the flock as possible into heaven. This is no easy task. A
lot of the sheep try to jump over cliffs.

But measured by these two objectives, Benedict
XVI has done an impressive job. His encyclicals and addresses are marvels of
spiritual and intellectual depth. With non-Christians, he has made real
progress. Despite what the newspapers say, relations
with the Jews are better than ever and his magnificent analysis of the
difference between Islam and Christianity has laid a foundation for dialogue
with Muslims. With other Christians, the advances have been stunning. Some
small Eastern-rite Churches have reunited with the Catholic Church and relations
with the Russian Orthodox are quite cordial. There is a very wide door open to
Anglicans who wish to re-unite with Rome.

Being popular is not part of a Pope’s job
description, unlike a politician’s. But isn’t his ability to pull crowds a
better index of his popularity and moral authority than a fawning article by
Maureen Dowd in the New York Times? If, for instance, Benedict and Richard
Dawkins both spoke in Chicago, who would draw the bigger crowd? In Rio de Janeiro?
In Lagos? In Kiev? In Jakarta? World Youth Day next year in Madrid will show
that the current controversy has taken none of the gloss off the Papal brand,
especially with the younger generation.

Catholics ought to be grateful to the media
for exposing the sex abuse scandal which has blackened the name of the Church. It
reminds them of their high calling. As the Archbishop of Toronto, Thomas Collins,
has said, “A priest is supposed to be a holy person you can trust. If he’s
not, then that’s news. If it wasn’t, that would be a terrible thing.” In
any case, you cannot reform what you don’t know about.
In this the Pope has led the way, as has become clearer and clearer as details have
emerged about the Vatican’s response to sex abuse in the ranks of the clergy.

There always have been and there always will be scandals in the Catholic
Church. It is a church of sinners. On earth there are no saints and the worst
failings of clerics and lay people will always offer opportunities for opponents
to jeer. But it is just wishful thinking for Benedict’s critics to say that his
Papacy has been calamitous for the Church. Back in the Fifth Century, in the
midst of scandal and disunity amongst Christians and with the Roman Empire
collapsing around him, Augustine wrote: “there will
always be enemies who say: when will she die and her name perish? They think:
there will come a time in which the Church will disappear and there will be no
more Christians… But, when they say this, they of necessity die. And the
Church remains”. In a hundred years’ time, when Hans Küng, Richard Dawkins and
Maureen Dowd are not even footnotes, Benedict XVI will have more credibility
than ever.