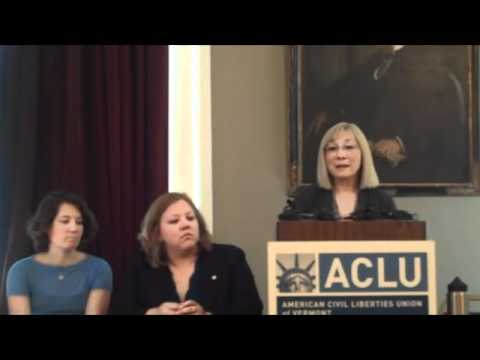 How much did it cost a Vermont business to live out its faith?

Two women from New York, Kate Baker and Ming Linsley, sued the Wildflower Inn of Vermont for declining to host their wedding reception.

The owners of the inn, Jim and Mary O’Reilly, are Catholic and believe in pro-gender marriage.  They refused to celebrate the marriage of the gender-segregated couple.

A Vermont resort . . . finalized an agreement to resolve the lawsuit today. As part of the settlement, the resort will pay $10,000 to the Vermont Human Rights Commission as a civil penalty and will place $20,000 in a charitable trust to be disbursed by the couple.

Is this justice?  Forcing people to celebrate gender-segregated marriage in violation of their religious beliefs?

Apparently Vermont courts believe gender segregation in marriage trumps gender diversity.  And the right to discriminate against men in marriage is more important than religious liberty.

Next time someone asks your opinion of same-sex marriage, remember the Wildflower Inn and how much they were fined for defending pro-gender marriage.