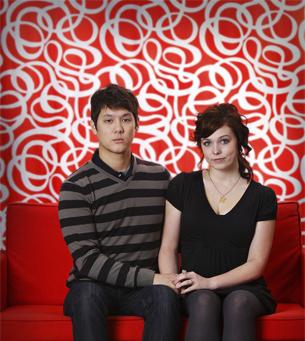 Demographic changes such as rising divorce rates, cohabitation (unions libres), and step families, combined with a wider acceptance of non-traditional roles, have led to the development of new notions of what it means to be a couple.

Mesure et démesure du couple, (Measure and excess: cohesion, crises and resilience within couples) a book by three French sociologists, addresses these changes and offers the reader five categories of couples to help with the complexity of these demographic changes. After a discussion of the historical, ideological and day-to-day issues affecting modern couples, the results are practical solutions aimed at making life easier.

The lead author, Jean Kellerhals, is a sociology professor at Genève University, renowned for his research on fields such as justice, the couple, and the modern family. In collaboration with two other sociologists, Kellerhals conducted a census of 1500 heterosexual European couples, both married and those living together.

The fundamental function of the family has changed. For roughly a century prior to 1950, the goal of family was to sustain its members and values, reproducing social (religious beliefs, economic solidarity and division of labour) and political structures (class, gender, ethnicity), among other things.

Today, following a set of cultural, economic, and political transformations, the family tends to serve an individual’s self-identity project, the authors assert. The family allows the interpersonal and mutual invention and reinvention of one’s individual life.

Recognizing this evolution in the nature of family is both very obvious, and profound.

As a result, once essential traits of the traditional and early-modern western family are relativized and rejected. These are things like the legal and symbolic subordination to the authority of the father/husband, as well as some of the most taken-for-granted functions of marriage – such as role differentiation and socialization based on the heterosexual and exclusive form of sexuality. Certain ways of life, educational models and sexual practices, based on individual choices and mutual negotiations, are integrated to this new family order, changing the frontiers and the meaning of what it is to be a family.

Threats and opportunities for families

The result is the growth of both threats and opportunities for families and couples that are, very often, despite the diversity of modern families, at the core of the contemporary families.

Opportunities include the opportunity for people to experience different relationships, the chance to be recognized for one’s “authentic” qualities (in opposition to stereotypical gender roles for instance), and to opt for types of relationships that will, ideally, allow them to be themselves.

Threats include nothing less than the disintegration of the family. Driven by individualistic forces, allowed to pursue his or her own interests and to reject the constraints of social norms, the individual will tend to see himself, first and foremost, as an individual even within the context of a family.

Where family was once not a choice, today an individual may choose alternative group affiliations more attuned to his or her perceived self-identity. Alternatively, the individual, unable to identify with his family, may be reduced to isolation and dissatisfaction. The reasons why an individual may be driven out or unable to identify with his family include conflict, depression, personal choices, or mental health problems, for instance.

The modern problem for couples, one could argue, lies in finding the equilibrium between individual autonomy and the life of the couple. 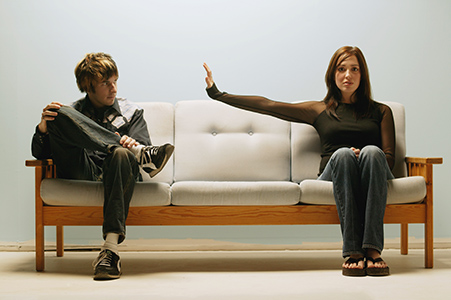 Based on their statistical survey, the authors identify five styles of relationships. These styles are not impermeable to one another. Therefore, they serve only as guidelines to better understand modern couples and families.

The first style, named Bastion, sees the greatest merging of boundaries. It does not value personal autonomy, and will value the “we” over the “I.” The man will tend to play the role of ambassador towards the outside world, while women put the emphasis on internal priorities. Sexual roles are strongly differentiated, while decision-making tends to be rather equally distributed amongst men and women, and will vary in relation to the field to which it applies (economy, education, sexuality, etc.).

In contrast, members of the Parallel style tend to literally live their lives in parallel to one another. Valuing mutual independence, the Parallel couple establishes a clear frontier that is simultaneously permeable, locating the couple at the center of both individual’s social lives. Like the Bastion style, they typically display a strong tendency towards a gendered division of power and a clear division of labour based on pre-established roles, while accepting and valuing routine.

Contrary to their Parallel counterparts, Compagnonnage relationships display a strong fusion (good communication), while valuing relationships outside of the couple, such as friendships, and refusing clear-cut role differentiation based on gender.

Couples adopting the Cocon type have imposing boundaries, being both closed on themselves and tending towards fusion, much like the Bastion type. However, whereas Bastion couples will tend to place a strong emphasis on gender to distribute power, roles and daily chores within the couple, this dimension, for the Cocon relationship, will be attenuated. Mostly egalitarian, they will also tend to be less routinized than their Parallel counterparts.

Finally, Association couples are both open to external sources of social interactions and founded on mutual autonomy, favouring egalitarian relations and a weak sexual differentiation of the gender roles.

In choosing a relationship style, the authors find that cultural resources (education, knowledge, etc.), especially those of women, have the strongest impact – even more so than economic resources.

Education and experience here act as a fundamental factor. For instance, 41% of couples in which the woman has a university diploma will elect the Association style which involves weak merging, more gender equality and weak role differentiation, while the Cocon and Bastion styles are more often chosen among women with less education.

Cooperative couples tend to accumulate fewer problems than others. Indeed, individualism (less fusion) is the principal source of conflict and instability.

Companionship and Bastion conjugal styles with strong cohesion will tend to opt for more satisfactory coping mechanisms, without accumulating as many problems.

For instance, separations are two to three times less numerous in Companionship and Bastion stylecouples than in Parallel and Associative styles of relationship. In the same order of ideas, better social integration favours better conflict management and resolution. Having support and friends can enrich a couple’s quality of life.

As a result, younger generations tend to experience more problems than older generations, vis-à-vis topics such as communication, sexual matters, work/family conciliation or violence. Less experienced, more prone to forming individualized forms of relationships, they are more exposed to their more experienced and holistic counterparts. Interestingly enough, older couples do not tend to argue more often or more strongly than “new loves” would, as stereotypes would suggest.

It is rather the accumulation of ill-managed problems, a tendency not related to age itself, much more directly linked to modes of coping, that may explain and predict the gravity of problems.

It is one of the most fundamental findings of sociology that social integration protects the individual from life dissatisfaction. In a relationship, life-satisfaction and stability highly depend on proper situation management and in the capacity for the partners to create what the influential American sociologist Peter Berger would call a nomos, a coherent and mutual perception of reality.

To share a common time and space, to inhabit a “monde commun,” and to be able to relate to one another is fundamental to any durable and fulfilling relationship. Through a shared frame of reference or world-view, the tension between autonomy and constraining routines and rules pertaining to the daily lives of the couples and families seems to work more harmoniously –though never without setbacks.

Three French sociologists have done this research to help us understand and nagivate modern relationships better. As we learned, these modern couplings represent threats and opportunities as per social science research.

Ultimately, Kellerhals and al. argue that contemporary relationships, despite benefiting from some historically unique forms of freedom and individual liberties, have only limited ways to problem solve and manage their daily interactions. Ultimately, not all of them will preserve the integrity and the quality of the relationship to the same extent when faced with difficulties.

Perhaps the only way to preserve family as a cohesive institution would be to socially acknowledge that it is not perfectly compatible with contemporary models of individualism, and that a certain form of sacrifice of one’s authenticity is required in order to create a common world view, much needed by modern couples to be able sustain challenges and  find solace in times of conflict or need.

Jean-Christophe Demers has an M.A., Sociology and is a Phd Candidate, Sociology, University of Ottawa, CIRCEM. His expertise lies in researching and understanding modern love and relationships and he has a side interest in photography, particularly of weddings. www.luminarephotography.com Republished with permission from the Institute for Marriage and Family Canada.