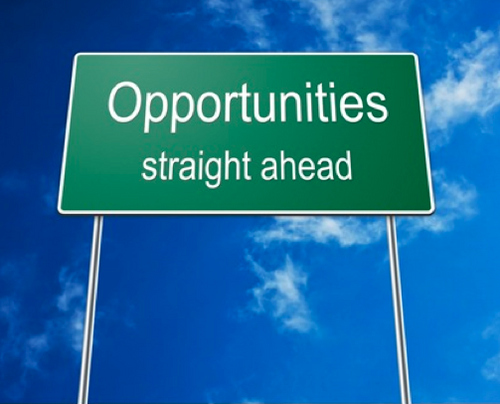 What to do next? That is the question on the mind of everyone who understands the seriousness of the gay marriage revolution to which the United States Supreme Court pledged the whole of America last Friday in its majority finding that same-sex marriage is a Constitutional right, and the effect it must have on society. Key ideas are fight, flight and reform. One of them is not convincing.

In a symposium at First Things, well known voices from the marriage debate such as Heritage scholar Ryan Anderson and Princeton professor Robert P. George urge no let-up in the political fight, which must now be directed to containing and ultimately overturning what George calls a “lawless” and “illegitimate” decision by the court majority.

Flee polite company is, of course, what some people would like same-sex marriage opponents to do — “Admit defeat, homophobes, and go hide yourselves in your ghettos”. But not everyone who disagrees with the losing side in this debate puts this option in such unsympathetic terms.

New York Times columnist David Brooks, a social conservative himself, though liberal on the marriage issue and other fruits of the sexual revolution, reached out to culture warriors on this front in a column on Tuesday “as a friend and admirer.” Taking his cue from one of them — Rod Dreher, a senior editor at the American Conservative – Brooks appeals to the likes of Professor George to strategically withdraw from the battle front, and wage a different culture war.

In doing so he lays out a proposal that is as tempting as it is fatal – not only to conservatism, or religion, but to society itself.

“Consider putting aside, in the current climate, the culture war oriented around the sexual revolution.

Much as one wants to stop there and contend with Brooks over his assumption that the public writing and speaking of George, Anderson and others, and the decades of pro-life activity that draws tens of thousands of young people to the annual right to life march in Washington, has been a “communications disaster” – let’s allow him to put the positive side of his appeal.

“Consider a different culture war, one just as central to your faith and far more powerful in its persuasive witness.”

Here Brooks proposes that Christians should now address broken families, rundown communities, young people bereft of moral norms, adults for whom life has become meaningless – in short, a disintegrating society – with their “hidden” strengths: “a faith built on selfless love … examples of commitment … a vocabulary to distinguish right from wrong, what dignifies and what demeans”, charity towards the poor and the lonely.

He is not saying that social conservatives do not already do those things; he just wants them to do “purposefully in public what [they] already do in private.”

This is a kind and generous tribute to religious people, although, again, one wants to question the assumption that such social services are not being done already. Perhaps they are, but are not acknowledged publicly, precisely because they are done by religious and socially conservative people. On the other hand, if Christians really are lacking in substantial efforts for the poor and marginalised they should take Brooks’ appeal (and the Pope’s example) to heart.

What they can’t accept, though, is the suggestion that such efforts should displace the effort to speak the truth about marriage and sexuality generally. That would be the real communications disaster. It would surrender the field of political action to those who continue, purposefully, to destroy the sexual norms that make family life and social order possible.

As Mark Regnerus says in his contribution to the First Things symposium: .”If we don’t (peaceably) reclaim marriage culturally and cognitively, the practice of chastity will falter on a scale we have not yet seen. We have the tools to make ancient Rome blush.”

Here we come to the reform option.

Regnerus is one of several contributors to the symposium who stresses the need to strengthen marriage culture within religious communities as the necessary condition for its renewal in the wider culture:

“Will faithful Catholics, evangelicals, Mormons, and other Christians, Jews, and Muslims of good will (peacefully) reclaim marriage culturally, such that twenty-five or fifty years from now cognitively—in the popular imagination—Westerners will once again equate marriage with men and women and fidelity and permanence and the welcoming of children? It’s possible, but far from certain, because the world after something has emerged in practice, classification, and law is not as malleable as it was before it. But the opportunity is there.”

How, practically, can this reform of the church, synagogue or mosque, be achieved?

Rod Dreher, cited by Brooks, thinks it will only happen if (orthodox) Christians “retreat from the mainstream” and “pioneer new ways of living out our faith in community, in a chaotic and hostile culture.” Alluding to the philosopher Alasdair MacIntyre, he calls this the “Benedict Option” – the equivalent of what the founder of Western monasticism did by fleeing decadent Rome at the end of the fifth century.

More recently the Amish have tried this and, certainly, they are not going to have any problems with same-sex marriage, but they won’t change society either – something Dreher agrees we also have to do. Somehow.

Caitlin La Ruffa, another voice in the First Things symposium, and the voice of youth to boot, comes to the rescue. She seems to know something about this.

A Princeton graduate, she is the director of the Love and Fidelity Network, whose mission among college students is to nurture “an articulate and effective new generation of leaders who will advocate for marriage, family, love and fidelity on college campuses and in the public square.” She says it is working. Her Facebook feed, for one thing, showed it at the weekend as “dozens of college students and recent alumni [let] their social networks know in no uncertain (or uncharitable) terms where they stand on marriage.”

La Ruffa says these young leaders have witnessed at first hand the harms of no-fault divorce, the hook-up culture, and growing rates of out-of-wedlock birth, which, like same-sex marriage prioritize “adults’ happiness over children’s welfare”. They “want no part in their perpetuation, and they are doing something about it by exposing their fellow students to arguments and research their peers on campus might otherwise never hear.”

Recent research by Mark Regnerus shows that less than half of millennials actually support the redefinition of marriage – an indication of openness, she notes.

Married, and expecting her first child, she continues:

“[I]n many ways we are the fortunate ones. We’re the ones able to prepare ourselves for lifelong, faithful love because we understand what marriage is and what marriage is about. It’s a remarkable thing to witness the beautifully strong marriages of those young people who have rejected our contemporary soulmate mentality in favor of a self-sacrificing love that ties the knot as a foundation for adult life and welcomes children in a radically selfless way. … However, we owe it to our friends, family, and our culture at large, to preserve that knowledge and carry that truth back, bit by bit, day by day, one person at a time with compassion and love.”

So the cultural reformation has already begun. In truth, it never stopped, as there have been people in every generation who have lived marriage in the way that Caitlin La Ruffa describes. But it takes even more courage now: “…we’ve entered an era that will make for some of the bravest Christians we’ve ever seen,” says Mark Regnerus. And it does require community support – which is the essential point of Rod Dreher’s contribution and others.

It will also need the public battle, the clear, unequivocal voice reminding society of the truth of marriage, the witnesses prepared to sacrifice reputation and careers if need be.

It may also need more of what David Brooks wants to see: communities that reach out to victims of the sexual revolution – as so many of the materially and spiritually poor are – with practical assistance to build and sustain family life. This can be done in many ways, from neighbourly help to educational institutions.

Above all, the rebuilding of marriage – that is, the monogamous, permanent union of a man and a woman for the sake of any children they generate — needs every person who subscribes to that ideal, married or not, to communicate it to their friends, neighbours and colleagues in the ordinary circumstances of their daily lives.

By living the virtues that protect marriage; by using, as Brooks says, “a vocabulary to distinguish right from wrong, what dignifies and what demeans”; by doing it all in a serene and friendly way. Or, as our young Love and Fidelity mentor puts it, “bit by bit, day by day, one person at a time with compassion and love.”