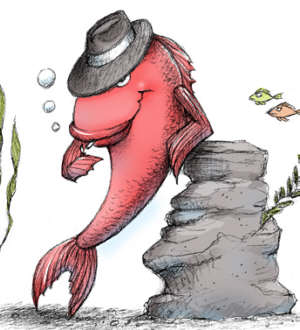 Why is the Associated Press putting out a long story about why Cardinal Joseph Ratzinger could not authorize the instant defrocking of a priest in the 1980s and giving it a heading suggesting he was at fault: “Future pope refused defrocking of convicted priest”?

Many weeks ago we noted on this blog the context of laicisation that AP seems only now to have woken up to. But they refuse to let this information get in the way of their ongoing narrative about Pope Benedict, and John Paul before him, being somehow responsible for the escalation of sexual abuse by priests.

The latest peg for this narrative is the case of Illinois priest the late Fr Alvin Campbell who, after a history of sexual offences apparently going back to the late 1970s and that his bishop knew about, was convicted and sentenced to 14 years in prison in 1985.

That is the first thing to notice about this story: the priest had already been dealt with by civil authorities and was in prison four years before his bishop, Daniel Ryan, wrote to Rome in 1989 asking that he be speedily defrocked. The reasons he gave were to spare the victims the pain of a church trial, and to spare the church further public scandal and financial costs.

But, as AP has finally discovered, or acknowledged, Pope John Paul had altered the rules about defrocking in 1980, making it tougher because of the increasing number of priests wanting dispensations to leave the ministry and marry.

The Pope was insisting that they should face the fact that the priesthood was a permanent state, like marriage, and could not be discarded except for very serious reasons. The priest would have to lodge his petition and there would have to be a church trial in the diocese before Rome would consider the case. For the same reason, and for reasons of ordinary justice, there could not be instant dismissals such as Bishop Ryan wanted.

Cardinal Ratzinger explained this to Bishop Ryan. According to AP:

It is unclear whether a church trial was ever held for Campbell. After his release from prison [in 1992], he was cajoled by Ryan and his subordinates into accepting his defrocking. Three years after Ryan’s initial letter to Ratzinger, the bishop’s request to Rome was granted.

Procedures changed later. In 2001 John Paul mandated that all abuse cases would be overseen by the Congregation for the Doctrine of the Faith, Cardinal; Ratzinger’s office. In 2003, new revisions gave bishops the right to ask the Vatican to laicize a priest through a speedier administrative procedure, or for the CDF itself to forward a defrocking case directly to the pope if the evidence is overwhelming.

Despite this and other background, AP’s story quotes someone from the Survivors’ Network of those Abused by Priests making the entirely unwarranted charge that in Campbell’s case “and hundreds like it, Ratzinger chose to put concerns about dangerous pedophiles and the church’s reputation above concerns about children’s safety.” And it quotes others talking about John Paul’s and Benedict’s “culpability”.

Nonsense. This priest was already dealt with as far as his crimes went. Even while church procedures ran their course, bishops had the freedom to remove such priests from pastoral situations and impose other conditions on them. Furthermore, when they were dispensed from priestly ministry and at large in the community, what was to stop them still abusing young people?

Delays over defrocking, or laicisation, are a red herring in the real story of clerical abuse scandal.