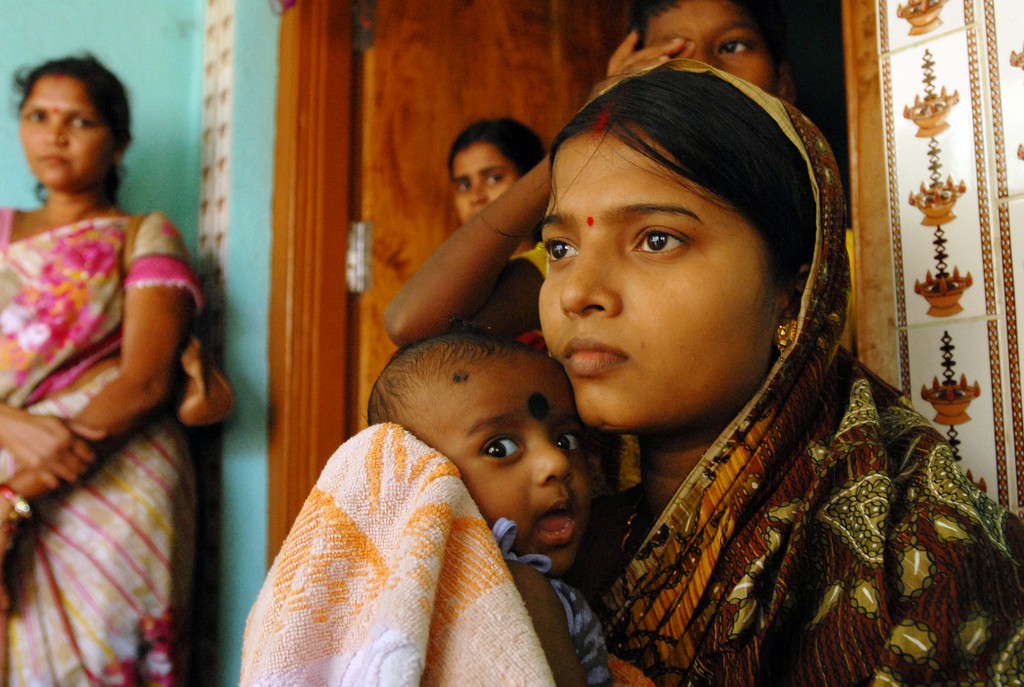 It is a truth almost universally acknowledged that a country with a birthrate above replacement level must be in want of population control. China, as a widely and respectfully reviewed new book illustrates, has excelled in meeting this challenge, though at the cost of violating fundamental human rights, including the right to life of countless millions of unborn children.

China, however, is only the most blatant example of state intrusion into the private realm of marriage and fertility; India, with a commitment to population control that goes back at least 60 years, comes a close second. Its methods have also been draconian: in China the ultimate tool has been forced abortions; in India, coerced sterilisation, which, except for a few years in the 1970s when men were targeted, is exclusively directed to women.

So, despite the pretty image invoked by advocates of “expanding the basket of choice in family planning” for poor women, a new move by the Indian government to provide the contraceptive injection free looks like more of the same. Women’s health and family wellbeing are likely to remain the truly optional extras.

An estimated 75 percent of married women in India using any method of birth control have undergone tubal ligation. But mass sterilisation has become an embarrassment to India, especially since news of makeshift “camps”, where dozens of women at a time have their tubes tied, started appearing in international media a couple of years ago. At a camp in Chhattisgarh state in late 2014, where 80 women had the procedure done laparascopically in five hours, 13 women subsequently died.

This year the government is introducing the injectable contraceptive DMPA – better known as Depo-Provera – into the public health system, with a view to making it available throughout the country. Women who want to space their children will have free access to a reversible method of birth control – a three-monthly injection of a synthetic hormone (depot medroxyprogesterone acetate), administered discreetly away from husband and in-laws. If a woman wants another child they simply stop taking it and nine or ten months later they should be able to conceive.

The free contraceptive injection, according to its national and international advocates, is a great leap forward for Indian women who either cannot afford the pill or, because they lack privacy, whose husbands object to it as well as the use of condoms.

They do not usually mention, in public, the other great boon alluded to in a New York Times report:

“The number of lives touched by such policies is enormous and growing. India will soon surpass China as the world’s most populous nation, and by 2050 is expected to gain 400 million new citizens, more than the population of the United States.”

In other words, “we really need it for population control.”

But not all Indian women or health professionals agree. Last September, after the government approved DMPA for the public health system, a group of activists and scholars working in the field of medicine, public health and women’s rights wrote to the Minister for Health and Family Welfare (MoHFW) saying they were “extremely disturbed” by the move.

The protest letter recalls a 30-year history of opposition to injectables becoming part of the national Family Planning Programme, some of which became available in the private sector in the mid-1980s, followed by Depo-Provera in 1993. By lobbying and court action, opponents have stalled mass distribution of DMPA until now, arguing that they are unsafe and easily used to continue the tradition of coercive birth control.

The letter summarises the safety issues:

Depo Provera has long been the subject of considerable medical controversy. Its known side effects include prolonged and irregular bleeding, amenorrhoea, suppression of immune response, loss of bone mineral density in young women, significant weight gain, depression, and loss of libido among many others. In fact, the US FDA in 2004 asked Pfizer to insert a black box warning on Depo’s label highlighting the loss of bone density associated with the drug. Another problem with Depo-Provera is its possible effect on breast feeding infants. One study from Thailand suggests that Depo-Provera in breast milk lowers immunity in children, making them more susceptible to illnesses like diarrheal diseases that kill more than five million children in the world annually.

(Disruption of the menstrual cycle – and in some cases its complete cessation (infertility) after using DMPA – is particularly significant in a culture where, according to a World Health Organisation research paper, “Women perceive their menstrual pattern as the ‘pulse’ of their reproductive health and of their health in general,” and it has social and religious dimensions which impact on women’s lives. )

Potentially much worse than other side effects, however, is the increased risk of acquiring and passing on HIV. As the letter protesting mass use of DMPA points out:

For over a decade now, medical studies have provided compelling evidence that Depo-Provera increases the risk of women and their partners becoming infected with HIV. A growing number of contraceptive researchers and epidemiologists are now questioning the wisdom of Depo Provera’s continuing promotion, especially in populations at high risk of HIV. They have spearheaded a petition to get the U.S. Food and Drug Administration (FDA) to make Pfizer, the manufacturer, include the following warning in prescribing information: “Depo-Provera Cl may increase the risk of HIV infection (AIDS). Patients at risk of HIV infection (AIDS) should be counseled to only use Depo-Provera Cl in combination with an HIV-prevention method.” Sub-Saharan Africa is the region of the world where most of the 16 million women living with HIV are located. Yet this seems to be of little concern to Sayana Press, promoters of DMPA, who are moving full steam ahead, not only there but in South Asia.

(According to AVERT, although India has a low prevalence of HIV, at 0.3 percent, in 2013 this equated to 2.1 million people and gives it the third largest HIV epidemic in the world. The epidemic has been slowing down, says the HIV/AIDS prevention group. The use of DMPA on a large scale could reverse that trend.)

* Discontinuation rates are high: three out of four women who start using DMPA stop within a year, and 50 percent within six months. (They obviously don’t like it.)

* Users require continuous follow-up by health staff – something that India’s health system is not capable of providing.

* Nor is it likely to provide the information and individual assessment that will allow women in the public system to make an informed choice.

In view of all this, opponents wanted to know why the government’s drug watchdog, the Drug Technical Advisory Board (DTAB) suddenly gave DMPA the go-ahead for the public system last August, when only seven months earlier it had knocked back an application from the Department of Family Welfare.

Part of the answer lies in the change of government in May 2014. Anti-injectables lobbyists seem to have had the ear of the previous government, but the majority government of Narendra Modi feels free to ignore them. It prefers to listen to the Indian medical establishment – the Federation of Obstetric and Gynaecological Societies of India, and the Indian Council for Medical Research – and groups like the Family Planning Association of India (FPAI) and the Population Foundation of India (PFI) – both members of the Advocating Reproductive Choices (ARC) coalition.

All were represented at a meeting hosted by the MHFW last July called the National Consultative Meeting on Expanding the Basket of Choice in Family Planning to make the case for DMPA to DTAB.

Behind the scenes and decisively, however, were the powerful international organisations that have always badgered India about its need for fertility control, and which are currently led by the Bill and Melinda Gates Foundation, UNFPA, and USAID. Following the London Summit on Family Planning in 2012, these and other population bigwigs made a pact to get 120 million more women and girls using contraceptives by 2020.

You can read about how one of the parties to Family Planning 2020, the heavily USAID-funded FHI360, has been addressing the challenges of India here (pdf).

The WHO itself is solidly behind these efforts and helpfully published a statement in late September to “reiterate and clarify” its optimistic advice on DMPA. The statement briefly addressed concerns about the injection’s effect on bone density loss (“recovers after discontinuation”), breast cancer (“untrue”) and HIV (studies are inconclusive). It concluded that there should be no restrictions on DMPA for women, including those under 18 and those at high risk of HIV (who should, any way, protect themselves with condoms).

This guidance, by the way, seems to have alarmed a lot of people concerned about the DMAP-HIV link, who expected the UN agency to wait for a trial to be conducted before giving definitive advice on that score. Betsy Hartmann, a US professor of Development Studies, wrote in November that the WHO’s “change of guidance” seemed to be timed with India’s decision on the drug in mind, “to take the wind out of the protesters’ sails.”

As the protest letter put it in September:

“The few NGOs and other international agencies arguing in favour of Depo, especially for poor and powerless women to exercise control over their own bodies and lives do not seem to be concerned that while widening the choices available to women, the risk of morbidity and mortality associated with unwanted pregnancies must always be weighed against the side effects of contraceptive methods on the women themselves.”

WHO and its partners in fertility control deny this; they say that the risks of birth control methods like injectables must be balanced against the benefits, and the benefits include a calculation of maternal and infant deaths, and “unsafe abortions”, averted through women not getting pregnant. These claims are based on figures and modelling that in other contexts have been found wanting.

Of course, there are other ways to prevent such tragedies – the way it happened in the West: providing access for all women to basic health and maternity services, education, and employment for the breadwinner of the family. And it would not be as slow a process as the population panic artists think, if the billions they are pouring into the contraceptive-industrial complex were redirected.

It is difficult not to conclude that there are powerful vested interests at work, and that that the wellbeing and dignity of Indian women is not their chief concern.