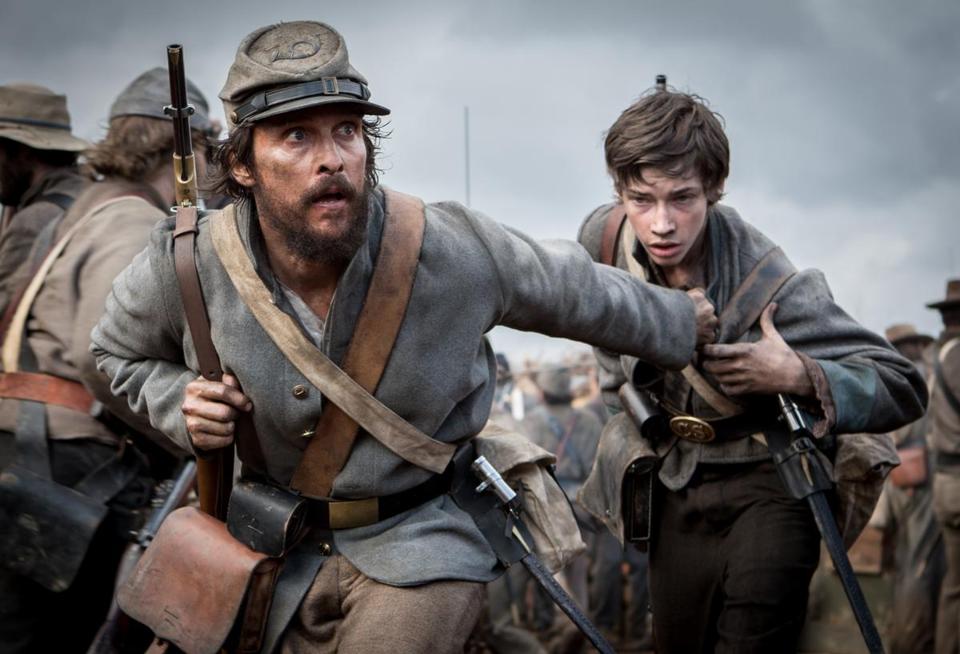 Historians don’t like simple stories. Tales of the past that contain facile explanations or glib conclusions never seem to satisfy. We yearn for complexity. And for historians of the United States, there is no more complex a moment in the nation’s past than the civil war era.

For four-and-a-half years, Americans attempted to remake their republic and destroy a system of slavery that one half of the country thought so important that they seceded and created their own nation just to protect it. When the war reached its uncertain conclusion, the republic embarked on a period of radical and violent reconstruction that overwhelmed many of the easy conclusions of the conflict that preceded it: an era of national integration, emancipation and the introduction of former slaves into the republic as citizens. Here is a history that is complexity personified.

Yet historians face a problem with the civil war and its aftermath. The popular understanding of the conflict has long been uncomfortably squished into a tidy box. The war – as depicted in popular histories, historical fiction and film – remains a story of national redemption.

For as long as Americans have been making movies, the civil war era has been fertile ground. Hundreds of films have been released, including some of the most innovative movies Hollywood has ever produced, and as long as filmmakers have stuck to the national script, their work has received rave reviews and rapturous applause. Even if more modern films like Glory (1989), Ride With the Devil (1999), Cold Mountain (2003) and Lincoln (2012) have edged toward messier stories, most have stopped short of the end of the war to preserve the status quo.

Free State of Jones is not one of those films. Written and directed by Gary Ross, the film revolves around the true story of Newton Knight (played by Matthew McConaughey): a blacksmith turned Confederate stretcher bearer who has already had enough of the war by 1862.

In the wake of the Battle of Corinth, Newton Knight lights out of the army and makes for home. As a deserter from the army, Knight has a bull’s eye on his back, leaving him to seek refuge in the southern Mississippi swamp to avoid capture. There he is taken in by a small group of runaway slaves aided by Rachel, a house slave owned by a local planter, portrayed with steely resolve by Gugu Mbatha-Raw.

It is not long before Rachel, Knight and his black compatriots are joined by a growing number of deserters, who together form an uneasy biracial community of castaways, with Knight as their radical leader. They make trouble for the Confederate Home Guard, whose hoarding of supplies sets the community against them and Knight becomes the figurehead of a defiant campaign to push back at overweening state control.

What begins as a battle for survival ends with a guerrilla war and Knight emerges as a leader of substance; Che Guevara with a Mississippi drawl. Shorn of their loyalties to the confederacy, Knight and his followers declare themselves a nation unto themselves: a Free State of Jones, named after the county Knight and his compatriots hail from.

In the way the story is rendered and the care which has been taken to swallow whole the complexity of the war and its aftermath, Free State of Jones is both effecting and resonant. Unadorned camera movements, a colour palate drawn from the Mississippi swamp and some strong performances, particularly from the supporting cast, all lift the film from cliche.

Though Knight’s story is unique in the pantheon of civil war narratives, it lays bare something vital about the conflict and about modern wars more generally: whether victor or vanquished, few people caught in the middle of a war can easily discern whether they are winners or losers. Privation and want redound.

But the film stumbles when the war ends and the armies dissolve. It attempts to bring clarity to this messy story of reconstruction but it ultimately comes to a dead end. Later scenes in the film skate over national politics in an effort to maintain focus. A persistent narrative thread that ties Knight and his interracial relationship to Rachel, to a descendant in the middle of the 20th century, looks like more of a distraction.

If the civil war is a redemption story, the reconstruction period remains something altogether darker. It lacks an easy narrative arc, and coming as the film does at a moment when America’s racial divisions have been laid bare, it is not surprising that Free State of Jones has received short shrift from many critics. The reconstruction period is America’s racial past in microcosm and coming to grips with that history is as important as reckoning with the concerns of those who see black lives and black communities being ignored.

Free State of Jones marks an admirable attempt to set reconstruction loose from the bonds of national myth and filmmaking. But it lacks the strength to break free and keeps the story of the civil war and its aftermath frozen in amber.

Erik is a historian of the United States, with particular interests in slavery and emancipation in America and the broader Atlantic World. His first book, Loyal Republic: Traitors, Slaves & the Remaking... More by Erik Mathisen